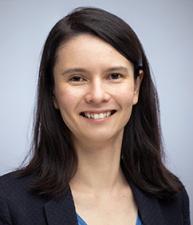 Chye-Ching Huang is the executive director of the Tax Law Center at NYU Law. Before starting the Tax Law Center, Huang was senior director of economic policy for the Center on Budget and Policy Priorities, where she worked on the analysis and design of a wide range of federal tax, fiscal, and economic policy proposals, in collaboration with tax academics, practitioners, analysts, and advocates.

Huang has written on a wide range of federal tax and fiscal and economic policy issues, testified several times before Congress on tax issues, and appears regularly in the media.

Previously, Huang was a tax academic at the University of Auckland in New Zealand, where she published research in tax law, policy, and regulation, and taught graduate and undergraduate tax law.  She also practiced in tax for New Zealand commercial law firm Chapman Tripp. She has consulted for the International Budget Partnership on fiscal policymaking processes and institutions.

Huang holds an  LLM from Columbia Law School, where she was a Sir Wallace Rowling/Fulbright and James Kent Scholar, and a Bachelor of Law (Honours) and a Bachelor of Commerce in Economics from the University of Auckland in New Zealand.