To ensure that eligible students and members of the NYU community have the opportunity to vote in November 2020, NYU has launched NYU Votes, a University-wide initiative. Please visit NYU Votes for specific, up-to-date information about how to register to vote and request your ballot depending on your state and voter registration status. Here, we offer some additional resources and events around voting and the 2020 Census specific to law students.

Student groups are also organizing sign-ups for different volunteer opportunities, including phone banking, staffing voter protection hotlines and serving as a poll watcher. Ongoing opportunities, discrete events, weekly events, and election day opportunities have been compiled in this NYU Law: 2020 Election Efforts google doc, or you can visit the websites of the student groups below. If your student group election activities would like to be featured on this page, please contact law.communications@nyu.edu.

There are no Law School classes scheduled on Tuesday, November 3 to allow students the opportunity to vote and be fully involved on Election Day. 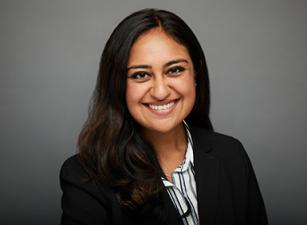 "I immigrated to the United States in 2001. Twelve years later, I became a citizen, and the year after that I was able to cast my first vote in an election.  As someone who didn’t have the right to make my voice heard for many years, I hope all of my fellow students exercise their right and privilege to vote in this upcoming election. Too much of what the future looks like is at stake to stay home. Make a plan, vote, get your friends and family to vote, and volunteer to work on Election Day if possible!"

How You Can Get Involved

Fill out this form to receive the NYU Votes digital toolkit.