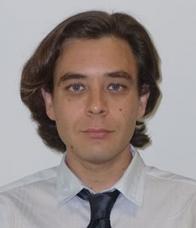 Dissertation Title: Officer of the Law? An Elephant Study in International Legal Practice

From 2006 to 2012 Nimrod served as a legal adviser to the Israel Defense Forces, at the International Law Department of the Military Advocate General’s Corps’ HQ (retired at the rank of Captain). From 2012 to 2013 Nimrod was the Deputy Legal Adviser to Israel’s Permanent Mission to the United Nations. In the course of his public service, Nimrod practiced numerous areas of Public International Law, specializing on the Law of Armed Conflict, International Law of Arms Control and Disarmament, International Criminal Law, International Human Rights Law, and international and comparative anti-terrorism law. As part of his work, Nimrod participated in multilateral and bilateral treaty negotiations, and appeared before several UN Human Rights Treaty Bodies.

The international legal adviser to the State’s executive branch on matters of use of force and armed conflict is the ‘elephant’ which Nimrod aims to study. He contends that the international legal governmental adviser (ILGA) eludes the unobstructed sight of international legal scholarship, leaving a substantial intellectual gap, which Nimrod’s JSD project intends to fill, by conducting a two-stage investigation: first, diversifying the discursive lens of inquiry; and second, supplementing it comparatively and methodologically. Nimrod’s project espouses a distinct view, and aspires to substantiate it theoretically, empirically, and normatively: he argues that ILGAs collectively assume a singular position, reflected and reproduced on three dimensions—legally, sociologically, and politically; a position which empowers ILGAs to effectively control the international legal framework governing the use of force and armed conflict, i.e. to curb its prescriptive effect to the extent it dissolves, entailing significant losses for all stakeholders. And so, in the words of Voltaire, “with great power comes great responsibility”: the ILGA’s position, by definition and regardless of awareness or consent, commits her to be a guardian of her legal framework—an officer of the law—in charge of its preservation, permeation and promotion, which profoundly shapes how the ILGA carries out her multifaceted function.

The novelty of Nimrod’s JSD project is the threading of many existing strands in scholarly writing, as well as some yet unused theoretical tools, since the complete image of the ‘elephant’ can only be adequately appreciated through the inclusive prism that Nimrod seeks to construct, consolidating the ILGA’s multidimensional space, and carving it to be an independent subject matter of international legal studies. Accordingly, Nimrod further posits that a gap exists also on the normative level, so that the development he proposes in our thinking and understanding of ILGAs can generate important insights for providing instructive scholarly guidance and promoting constructive change. Nimrod’s JSD project will therefore attempt to identify appropriate doctrinal prescriptions (such as civil and criminal liability), professional norms (beyond the “standard” questions of legal ethics) and institutional arrangements (on administrative and constitutional grounds).