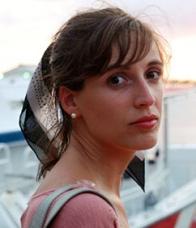 Marcela Prieto Rudolphy is a JSD candidate from Chile. She graduated with honors from Pontificia Universidad Católica de Chile’s Law Faculty and was granted the prestigious Montenegro y Tocornal award for being the best student of her graduating class. During her university years, she also worked as an assistant teacher and researcher in Constitutional Law and Human Rights Law. From 2012 to 2014, Marcela worked as a consultant lawyer for the Human Rights Program of the Chilean Ministry of Interior, working as lead counsel in several criminal cases related to Augusto Pinochet’s military dictatorship. In 2014, Marcela entered the Traditional LLM program at New York University School of Law. She was granted the Arthur T. Vanderbilt Scholarship as was also a part of the Transitional Justice Leadership program. During her LLM studies, Marcela was an intern for the Office of the President at the International Center for Transitional Justice. Marcela’s academic interests comprise a broad variety of topics, including moral philosophy, international law, criminal law, and human rights.

Marcela’s area of research focuses mainly on international humanitarian law, and moral and legal philosophy. Her JSD starts from a particular issue posited by the laws on armed conflict: how we can explain the legal privilege to kill combatants during armed conflict without losing sight of what it means to privilege a killing that would otherwise be murder.

The answer to this issue will ultimately lead to a much needed re-evaluation of the two basic tenets of the law on war as we currently understand it (jus in bello and jus ad bellum). Such a re-evaluation strikes as essential in an era of asymmetrical forms of conflict, terrorism, unmanned weapons, and the criminalization of aggression.