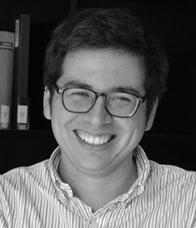 Felipe is a JSD student from Chile. His interests include private law, private law theory, jurisprudence, moral and political philosophy, and comparative private law.
Before entering the JSD, Felipe studied an LLM in Legal Theory at NYU. Prior to that, he worked as an associate in the dispute resolution area of a Chilean law firm, and taught Contracts, Torts, and Unjust Enrichment at Universidad Adolfo Ibáñez. He graduated with maximum distinction from Pontificia Universidad Católica de Chile, where he also worked as a teaching and research assistant in Legal Philosophy and Administrative Law
Research:

Felipe's area of research focuses on private law theory and contract theory. His project constitutes an attempt to make sense both of contract law's instrumental role and its autonomous internal self-understanding. For such purpose, the project is based on the distinction between the wholesale political justification of social practices and their internal, everyday operation. At the former level, contract law is pluralistic: it serves, across different societies and times, different political values and social goals, such as personal autonomy, social justice, and economic efficiency. At the latter, contract law is an autonomous practice, an internally complex form of discourse with its own logic and conceptual features. The project studies both the distinction and the connections between these two levels, and therefore attempts to provide a nuanced approach to the theory of contract law.