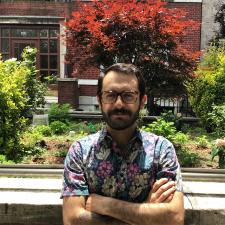 Carlos Andrés is a JSD student from Colombia. His research interests include environmental law, human rights, multiculturalism, and governance.

He worked as a researcher in the Global Justice and Human Rights Program at Universidad de los Andes on issues about race, access to law, and discrimination. After that, he was a researcher at the Center for the Study of Law, Justice and Society—Dejusticia working with indigenous and Afro-Colombian communities, environmental issues, and anti-discrimination cases in different countries in Latin America. He also works as legal advisor at the Racial Discrimination Watch, dealing with issues about racial inequality and law. His interests on multiculturalism and human rights are reflected as well on the Centro de Información de la Consulta Previa, where he worked as coordinator collecting and organizing legal and political strategies to protect indigenous rights. More recently he worked on a joint project of the Center for Human Rights and Global Justice and the Columbia Center for Sustainable Investment about participation and extractivism in Latin America. Before joining NYU Law, he was Lecturer on Environmental Law at Universidad de los Andes.

On the JSD Program Carlos Andrés will do research about the interaction of different governance regimes in the Amazon region, with a focus on the systems related with indigenous peoples, climate change, and extractivism. His project aims to understand—from the local perspective—how different regimes overlap in the same territory and analyze who are taking the decisions, how are they being taken, and the power relationships between local, national, and international actors in the name of conserving—or exploiting—the rainforest.