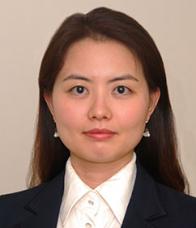 Dissertation Title: A Study of the Taxation of International Private Equity Funds

Young Ran’s area of interest is international tax policy and taxation on complicated investment structures. Young Ran’s J.S.D. project is built upon an insight that although cross-border investments by private equity funds (PEFs) raise unique policy concerns, there has been relatively little study for PEFs. In her dissertation, she will analyze the current international tax regime with regard to the taxation of PEFs, and suggest a new approach for PEFs, which will defer to the OECD’s basic policy on the taxation of funds while creating an implementation strategy using the exchange of information among tax authorities.

Carried Interest and Beyond: The Nature of Private Equity Investment and Its International Tax Implications

A Study of the Taxation of International Private Equity Funds,