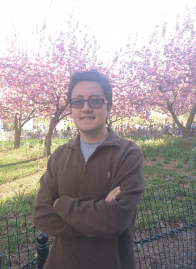 Dissertation Title: Unpacking Judicial Empowerment: Strong and Weak Courts in Colombia and Judicial Review of Amendments between 1955 and 2018

Vicente is a JSD student from Colombia. He earned an LL.M. in Legal Theory from NYU as Arthur T. Vanderbilt Scholar (2017). He also holds a Master in Constitutional Law from Universidad de La Sabana (2013), and a Law degree (LL.B.) from Universidad Javeriana (2008). Since 2010 Vicente is full-time Professor at Universidad de La Sabana Law School and Visiting Professor at several Colombian universities. He has been constitutional advisor to the Colombian Public Ministry and to the Colombian Judiciary.

Vincente's research interests are associated with the factors that, from a comparative perspective, explain the institutional strength (or fragility) of young constitutional courts, focusing in particular on the Colombian Court. Although there has been a renewed scholarly interest on new courts, and particularly on the Colombian one, there are still some questions as to why some of them have been able to flourish against all odds, while some others have been decimated by powerful rulers. Thus, during the JSD Vicente will try to offer an explanation to this respect.