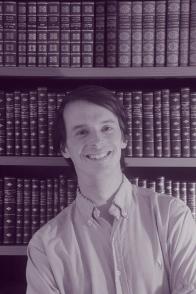 Dissertation Title: A Deserved Life: A Causation-Based Theory of Autonomy

Hugo B. Lafreniere holds a Bachelor of Civil Law (B.C.L.), Bachelor of Laws (LL.B.), and Minor in Philosophy from McGill University where he received the MacDonald Travelling Scholarship. At McGill, he was a student researcher at the Center for Intellectual Policy and the Paul-André Crépeau Centre for Private and Comparative Law.

He also holds a Master of Laws in Legal Theory (LL.M.) from New York University where he received the John Bruce Moore Award in legal philosophy. His master’s thesis, titled “Liberal Integrity,” was supervised by Prof. Jeremy Waldron. It explores the possibility of a radically liberal jurisprudence through critical engagement with the work of Ronald Dworkin.

His present research interests include non-consequentialist ethics, theories of legal pluralism, anglo-american jurisprudence, phenomenology of intersubjectivity, and modern political philosophy. For his JSD dissertation, he proposes to explore the constitutive relationship that exists between intersubjectivity, legal norms, and political authority.