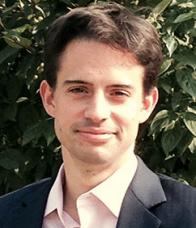 Daniel Francis works at the intersection of constitutional law and antitrust law.  His academic writing is focused on structural public law and competition in the United States and the European Union, with particular interests in federalism, interjurisdictional economic integration, and antitrust.  He is a candidate for the JSD degree at New York University School of Law, and in Fall 2017 joined Harvard Law School as a Climenko Fellow and Lecturer in Law.
Daniel holds degrees in law from Harvard Law School (LL.M. ‘07), where he held the Henry A. Hollond Scholarship, and Trinity College, University of Cambridge (B.A. ‘06).  He previously taught EU constitutional law and political history at Harvard College, for which he received a Harvard University teaching award.  Daniel previously served as Associate Editor of the International Journal of Constitutional Law.
Daniel was previously in private practice, where he spent a number of years as a full-time antitrust attorney in Washington, DC, where he focused on the oil and gas, aerospace, defense, and entertainment sectors.  Daniel is admitted to the practice of law in New York and the District of Columbia.

From Utopia to Apology: the European Union and the Challenge of Liberal Supranationalism, 39(3) Cardozo Law Review 849 (2018) (SSRN)