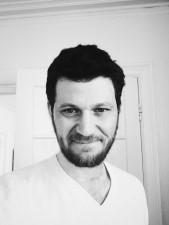 Dissertation Title: The Common Good in Liberal Law and Politics: A Philosophical Inquiry

Alon's main research interests include legal philosophy, political philosophy, and their intersections. He has written about the idea of democratic law, theories of rights, and political legitimacy. His doctoral dissertation explores the role that the common good occupies in political and legal discourse and its normative significance. It attempts to explain the sense in which the fact that some law, policy, or plan is commonly good for us matters or is interesting. It examines different ways in which the common good might be relevant to the justification of law and political action, and the role it plays in shaping and informing some of the most important commitments of liberal societies.