Each summer, NYU Law students travel the globe to intern in countries as diverse as India, Hungary, and Colombia in service of the public interest. Most of these students receive support through the Public Interest Law Center (PILC) Summer Funding Program, which guarantees funding for all first- and second-year students who want to work in public interest and government positions in the US or abroad. The students gathered below went abroad with the support of PILC and the Center for Human Rights & Global Justice’s International Law and Human Rights (ILHR) Fellowships and other special summer internships:

Jessica Boulet ’16 worked for The Asia Foundation (TAF) in Indonesia, in 2015:  "I wanted to learn more about human rights work in Indonesia, so I reached out to regional experts and researched a bunch of organizations to find out who was doing the most interesting work. I chose the Asia Foundation in Jakarta because they do a lot of work with human rights activists across Indonesia, as well as many of the most active civil society organizations in the legal development field. Specifically, TAF works in partnership with community leaders to advance reforms that strengthen judicial systems, protect human rights, promote equitable economic growth, and improve governance of environmental resources. During my internship, my research focused on three areas: (1) international human rights standards (this included legal aid for juveniles, prison administration reform, religious freedom, and hate speech); (2) comparative legal research on how various international standards had been specifically implemented in various legal systems; and (3) research on previous and ongoing development programs carried out by various international funders. These took the form of research memos, and included my analysis and recommendations for methods that could work for Indonesia and TAF. I was even able to lead a focus group discussion and interview paralegals working in local communities, with the help of a coworker who acted as translator."

Amy Dawson ’17 worked for the Human Rights Network for Journalists in Kampala, Uganda, in 2015: “The Human Rights Network for Journalists Uganda is a local NGO combining policy work, advocacy, and legal representation for journalists' whose rights are violated in the course of their employment. I was able to observe court proceedings, participate in drafting press releases, do research memorandums, and draft employment contracts for consultants. The people in the office are welcoming, always willing to answer questions, and are very dedicated to their work. I learned a lot over the summer, both about the legal system in Uganda, about the general culture and politics, and even a little bit of the Luganda language. Everyone at the office was happy to have an intern around to help, and they were always quick to include me and help me find new opportunities and experiences.”

Sarika Arya ’17 worked for JUSTICE/JUSTICE SECURITY in London, England, in 2015: “JUSTICE is a London-based UK law reform group, which works with judges, lawyers, and MPs to help advise on improving laws and legal processes. The organization's small size meant that I was able to become the resident ‘American researcher’—I was the only person with a US legal training, with access to WestLaw, and became the go-to person on points of comparative law between UK-US. I drafted a memo on how the American jury waiver might be relevant to an ongoing debate in the UK regarding the potential ban on jury trials for long complex fraud cases. I also helped in a guide on lawmaking for UK MPs, which we presented to Parliament. At JUSTICE there is an opportunity to work closely with senior colleagues on your individual assignments. The supervising directors are very keen to ensure your work is meeting expectations and are open to new ideas—because the organization is so small, your work will have direct impact and meaning! I had my name on a report even before I was halfway done with the internship.”

Geoffrey Weinberg ’16 worked for the National Hockey League Players' Association (NHLPA) in Ontario, Canada, in 2014: “NHLPA is the labor union for the group of professional hockey players who are under Standard Player Contracts to the 30 member clubs in the National Hockey League located in the United States and Canada. I worked on arbitration matters in both a contractual, litigation setting and in salary form. I also organized and briefed past arbitration decisions and then analyzed new disputes under past case law. Counsel at the PA are great and are quick to provide feedback for very complex contract law. The internship allows you to meet great people that are doing interesting and complex work. Never thought I would be interested in sports law prior to the internship. While I am not sure that I want to work in sports, it definitely played a role in selecting a law firm that has a sports law practice to provide that opportunity.”

Samuel Burke LLM ’14 worked for the Legal Assistance Centre’s (LAC) Gender Research & Advocacy Project in Windhoek, Namibia, in 2014: “LAC’s main objective is to protect the human rights of all Namibians. It is the only organization of its kind in Namibia. As an ILHR fellow, I worked for three teams. For the gender team’s upcoming publication on LGBTI rights, I wrote a chapter about how different laws can be used to

protect the LGBTI community from hate speech. For the land rights team, I handled the day-to-day management of a litigated claim involving an indigenous conservancy and a mining company. I also helped plan a workshop aimed at capacity-building for Namibia’s national representative body for indigenous people. For the AIDS law unit, I assisted their community outreach officer in conceiving of how to talk to vulnerable groups (including sex-workers and the LGBTI community) about their human rights, and about demanding and enforcing those rights. I am staying on as a consultant with LAC’s land rights team. The work directly fits in with my interest in extractives, indigenous peoples, environmental law, development, and land rights. There is a lot of opportunity for applied experiences and I am greatly looking forward to it.”

John Washington ’16 worked at the UN High Commissioner for Refugees (UNHCR) in Dakar, Senegal, in 2014: “UNHCR is a large UN Agency that assists refugees, and internally displaced and stateless persons.

The West Africa Region’s Protection unit works with national-level UNHCR offices, countries in the region and other partners to better protect these persons throughout the region. One of my contributions to the work was helping write the office’s position paper on a country in the region’s proposed bill to create a new system for asylum seekers. I also did a training of Senegal’s National Eligibility Commission (whose members determine the status of asylum seekers in Senegal) and relevant partners, such as the UN division of Senegal’s Ministry of Foreign Affairs. My portion of the training was on mens rea and individual criminal responsibility in international law, and their applicability in excluding asylum seekers from refugee protections. The internship was an amazing way to learn how the protections in international refugee law are given force, and to learn it with the support of extremely smart and warm people.”

I compiled case law, wrote memos and executive summaries, and analyzed cases going before the Inter-American Commission on Human Rights or the Inter-American Court on Human Rights. I also analyzed discovery from an indigenous rights case, then briefed my corresponding lawyer and advised on whether or not CEJIL should continue with representation. If you have a great understanding of Spanish, then the work is incredibly interesting. You dive into the Inter-American system right from the start and cover a number of topics. My interest in human rights, with a particular focus on Latin America, has only grown through this internship.”

Tsion Gurmu ’15 worked at Defence for Children International in Sierra Leone (DCI-SL) in 2013: “Working for DCI-SL put everything in perspective for me. I was exposed to the various

ways that international human rights law directly affects the lives of African youth, and how a legal education can be used to advocate for substantive change. I had the privilege of working with attorneys who helped transform the legal system in Sierra Leone as it relates to the detention of children, and who had secured justice for hundreds of child victims of sexual and gender based violence. Being immersed in a nation that had overcome mass atrocities and exhibited such collective pride and strong belief systems helped me understand the importance of fieldwork experience for advocates.”

Emily Kenney ’14 interned at the International Criminal Court (ICC) at The Hague in the Netherlands in 2013: “I worked with the Investigation Division in the Office of the Prosecutor in the Gender and Children Unit (GCU).

GCU provides support to vulnerable witnesses as they interact with the Office of the Prosecutor, and is involved in making policy decisions regarding the prosecution of crimes against children and sexual- and gender-based violence. The placement was absolutely ideal since it aligned perfectly with my interest in investigations of sexual- and gender-based violence. It also pushed me to broaden my expertise to include issues relating to child soldiers and other child victims of crime. I worked directly for the head of GCU, Gloria Atiba-Davies, who was formerly a prosecutor in Sierra Leone. I hope to work at an international NGO that does monitoring and advocacy surrounding the ICC's work, so my summer experience was extremely useful in providing an inside perspective on how the Court operates. This knowledge will make me a much more persuasive advocate and critic of its work in the future.”

“BLAST’s aim is to make the Bangladeshi legal system just and accessible to the poor and marginalized, particularly women and children. Their approach is comprehensive, in that it involves direct legal aid services (including mediation services) coupled with reform initiatives both inside and outside the legal system. The BLAST staff is positively delightful, and they are part of one of the most respected NGO’s in Bangladesh. Working there opened many doors.”

From Gaudi to Gama: A 1L's Summer 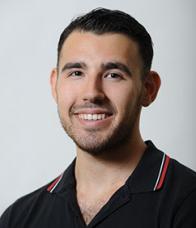 Jonathan Levin ’17 interned with the Secretariat at The Hague Conference on Private International Law. Read about the summer he explored five countries in three months at the Life at NYU Law blog.