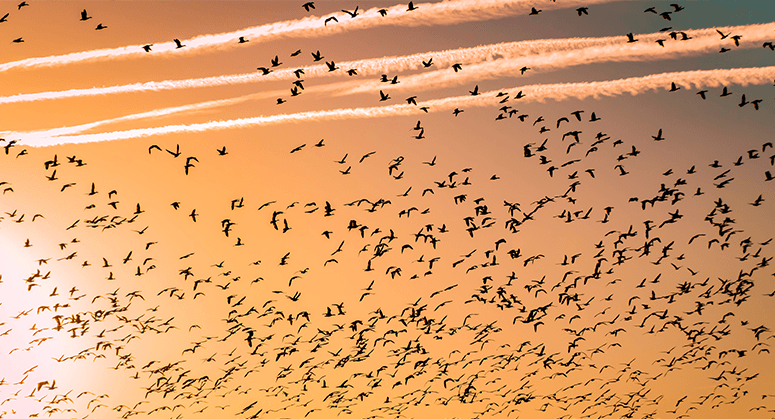 The Migratory Bird Treaty Act (MBTA) was enacted in 1918 as one of the country’s first environmental protection statutes. The MBTA protects more than 1,000 bird species and prohibits, unless authorized by a permit, “by any means or in any manner” the pursuing, hunting, taking, capturing, or killing of any migratory birds.

For decades, administrations of both parties interpreted the “take” provision as enabling the Fish and Wildlife Service (FWS) to identify reasonable and effective measures that the oil, gas, timber, mining, electrical utility and chemical industries can undertake to avoid incidental take and harm to migratory birds. Activities by these industries are not undertaken with the intent to take or harm birds, but nevertheless the activities of these industries kill more than 100 million birds annually.

In December 2017, the Acting Solicitor of the Department of the Interior released a Solicitor’s Opinion that departed from decades of regulatory precedent by concluding that the MBTA does not prohibit the incidental take of migratory birds. An April 2018 guidance document on the Opinion indicated that FWS would no longer be able to assert the authority to regulate incidental take activities, depriving the agency of leverage it has previously used to work with industries to identify ways to avoid unintentionally harming migratory birds.

Attorneys general have used the full set of tools at their disposal to oppose the Trump administration’s efforts to reverse the long-standing interpretation and understanding of the MBTA’s “take” provision and to protect migratory birds. Attorneys general have led this fight in the courts, through the regulatory process and by taking state-specific actions to protect migratory birds.

Opposing the Reversal through Litigation

In September 2018, New York Attorney General Barbara Underwood led a coalition of eight attorneys general in bringing a suit in federal district court against the Department of the Interior, the Fish and Wildlife Service and the Acting Solicitor over the opinion. The suit asks the court to vacate the opinion as its interpretation of the MBTA is inconsistent with the statute’s intent to protect migratory birds and violates the Administrative Procedure Act (APA).

In July 2019, a judge in a federal district court in New York sided with the attorneys general in declining to dismiss the states’ September 2018 lawsuit challenging the December 2017 opinion that concluded that the MBTA does not prohibit the incidental take of migratory birds. The judge found that the states have standing to seek to have the opinion vacated and that the opinion is a final agency action subject to judicial review.

In January 2020, New York Attorney General Letitia James led eight other states in filing a motion for summary judgment, calling on the court to vacate the Solicitor’s Opinion. The states noted that the opinion is arbitrary and capricious in violation of the APA and contrary to law, as the text, history and purpose of the MBTA are clear that the statute prohibits the incidental take of migratory birds.

In August 2020, the judge in the federal district court in New York granted the motion for summary judgment from the attorneys general. The court held that the Solicitor’s Opinion is contrary to the law, violating the clear language of the MBTA and the purpose of the statute to protect migratory bird populations.  The court chose the preferred remedy of the attorneys general in vacating the Solicitor’s Opinion.

In October 2020, the Department of the Interior, the Fish and Wildlife Service and Solicitor Jorjani filed with the New York federal district court a notice of appeal to the U.S. Court of Appeals for the Second Circuit.

In February 2020, the FWS released a proposed rule that would codify the 2017 Solicitor’s Opinion. If finalized, the rule would reverse decades of regulatory precedent and shield companies and others that unintentionally kill migratory birds from liability under the MBTA.

In March 2020, New York Attorney General James led a coalition of eleven attorneys general in filing comments with the FWS opposed to the proposed rule to codify the 2017 Solicitor’s Opinion. The attorneys general noted that the proposal violates the MBTA and the APA as it is contrary to the “take” provision in the MBTA, which prohibits the intentional and unintentional taking or killing of migratory birds. The comments also highlighted that the proposed rule is inconsistent with the MBTA’s legislative history and clear purpose of protecting migratory birds and would harm the states’ sovereign, quasi-sovereign, and proprietary interests in protecting migratory birds for the benefit of their citizens and the natural resources within their boundaries.

In July 2020, a coalition of 10 attorneys general led by Attorney General James filed comments criticizing the DEIS. In their comments, the coalition pointed out that while the DEIS suffers from legal deficiencies and its analysis is insufficient, it supports the states’ assertion that Alternative B is consistent with the MBTA and furthers the MBTA’s objective and the states’ interests in protecting migratory birds. The coalition urged the FWS to adopt Alternative B and prohibit the incidental take of migratory birds because it is the only legally sound interpretation of the MBTA and, as the DEIS acknowledges, it is the only alternative that would increase the number of entities implementing best practices for avoiding bird deaths and decrease mortality of migratory birds.

In November 2020, the FWS published the final Environmental Impact Statement (FEIS) as a prerequisite to finalizing the February 2020 proposed rule. The FEIS found that more birds will die as a result of its proposed changes to MBTA.

In January 2021, the outgoing Trump administration finalized the rule, adopting the Solicitor Opinion’s finding that the MBTA does not prohibit the incidental take of migratory birds. Before the end of President Trump’s term, New York Attorney General James led a coalition of 11 attorneys general in filing a lawsuit in federal district court challenging the legality of the January 2021 rule. The lawsuit requests that the court vacate the January 2021 rule as arbitrary and capricious in violation of the APA and is contrary to the text and purpose of the MBTA and Second Circuit precedent.

State-Level Action to Oppose the Reversal