Administration of the Endangered Species Act 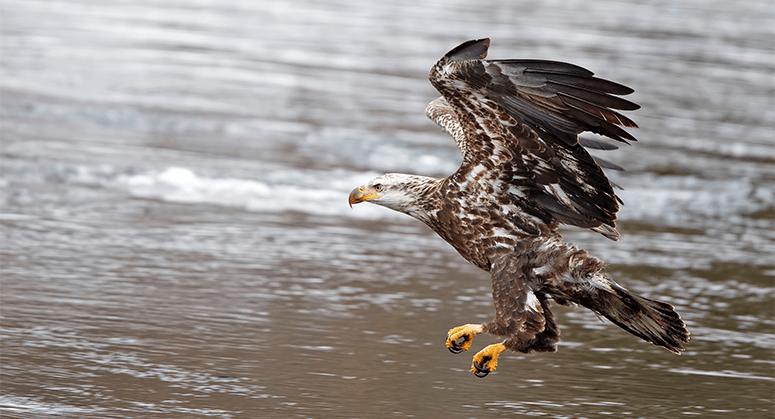 The Endangered Species Act (ESA) prohibits the taking, killing, injuring or harming of species that have been listed as endangered or threatened based on the best scientific and commercial data available. The legislation also requires the Fish and Wildlife Service (FWS) and the National Marine Fisheries Service (NMFS) to designate habitat essential to the conservation of listed species.

The ESA is credited with saving multiple iconic North American species from extinction including the bald eagle, the California condor, the peregrine falcon, the American alligator, the grizzly bear and the grey whale. Proponents of the law have found that the ESA’s protection of critical habitats such as the Chesapeake Bay, Shenandoah National Park, the Everglades, the Pacific Northwest and the New England Coast provide national benefits of more than $1.5 trillion each year.

In July 2018, FWS and the National Oceanic and Atmospheric Administration (NOAA), which houses NMFS, released proposed rules to weaken the ESA’s implementing regulations. The proposed rules attempt to inject economic analysis into listing decisions, despite the statute’s clear prohibition on doing so. The proposals also attempt to establish a regulatory precedent that would effectively prohibit species impacted by climate change from gaining protections by prohibiting FWS and NMFS from considering whether a changing climate is threatening the continued existence of certain species.

In September 2018, Massachusetts Attorney General Maura Healey and California Attorney General Xavier Becerra led a coalition of 10 attorneys general in submitting comments opposed to the proposed rules. The comments noted that the proposed rules violate the National Environmental Policy Act (NEPA) because the agencies have not studied the proposed rules’ environmental effects. The coalition also objected that the rules are arbitrary and capricious in violation of the Administrative Procedure Act (APA), as the rules circumvent unambiguous congressional intent.

In August 2019, FWS and NMFS finalized a package of rules that will weaken the ESA’s implementing regulations. Among other unlawful provisions, the final rules insert consideration of economic impacts into listing decisions, even though the ESA is clear that the decision to list a species must be made “solely” on the basis of science.

In May 2020, the federal district court in California ruled in favor of the attorneys general in denying a motion from FWS and NFMS to dismiss the state-led lawsuit. The court denied the motion, finding that the states have standing to challenge the package of final rules weakening ESA’s implementing regulations and that the challenge to the final package of rules was ripe for review.

In October 2019, FWS and NMFS issued biological opinions under the ESA on the effects of federal water exports from California’s Central Valley Project (CVP) on fish listed as endangered or threatened residing in the Sacramento River and San Joaquin River watersheds. Despite recent data demonstrating extremely low levels for the listed species, these opinions conclude that the water projects would not jeopardize the continued existence of these species.

In February 2020, California Attorney General Becerra filed a complaint in federal district court in California against the FWS and NMFS for violating the ESA, APA and NEPA in the Services’ failure to protect endangered fish species from federal CVP operations. The lawsuit asserts that the biological opinions unlawfully fail to protect endangered species and habitats that are impacted by CVP operations.

The National Environmental Policy Act (NEPA) is a foundational environmental statute that requires that federal agencies conduct environmental reviews prior to undertaking major federal actions – such as constructing a highway – that significantly affect the environment. NEPA reviews provide the public the opportunity to offer meaningful input on proposed federal initiatives, and often require that the relevant agencies adopt measures to mitigate the impact of projects on communities, wildlife and natural resources.

Under NEPA, the Council on Environmental Quality (CEQ) is tasked with coordinating NEPA reviews across federal agencies to ensure that a consistent regulatory approach is used in conducting the environmental reviews. In July 2020, CEQ published a final rule to update NEPA implementation regulations. The rule upends the longstanding requirement that federal agencies comprehensively evaluate the impacts of their actions on the environment and public health. More information about CEQ’s July 2020 NEPA implementation rule can be found here (“NEPA Implementation”).