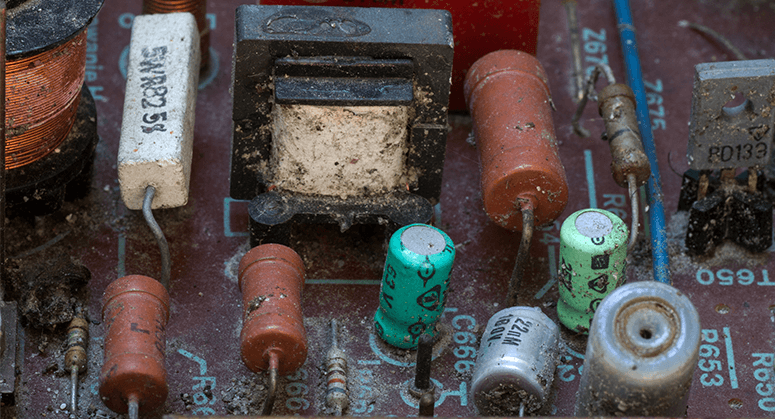 In 2016, Congress amended the Toxic Substances Control Act (TSCA) and removed obstacles that had prevented the Environmental Protection Agency (EPA) from playing a more active role in protecting public health and the environment by regulating the use of toxic chemicals. Under the reformed TSCA, the EPA is conducting risk evaluations of ten high-priority chemicals, including asbestos. As part of that process, the EPA released a “problem formulation” document to help further define the risk analysis to be conducted for each of the chemicals.

In August 2018, a coalition of 11 attorneys general submitted comments to the EPA on the problem formulation document. The comments noted that that the EPA’s proposed approach for evaluating problem formulations ignores significant exposure pathways for the chemicals, resulting in incomplete risk evaluations that would prevent the EPA from fulfilling its statutory mandate under the TSCA of ensuring that none of the chemicals present “an unreasonable risk of injury to health and the environment.”

Exposure to mercury at high levels can harm critical organs in people of all ages and mercury in the bloodstream of infants and young children can cause serious developmental problems. The 2016 TSCA reform legislation required the EPA to establish an inventory of mercury supply, use and trade in the United States. In order to assist in the preparation of this inventory, the reform legislation also required any person who manufactures mercury, mercury-added products or uses mercury in a manufacturing process make periodic reports to the EPA. The EPA was required to issue a rule by June 2018 that laid out what information was to be included in the periodic reports.

In December 2018, Vermont Attorney General T.J. Donovan challenged the final rule as inconsistent with the 2016 TSCA reform legislation. The brief argued that that the rule violates the TSCA by failing to fill gaps in the inventory of reported data on the supply, use and trade of mercury. Attorney General Donovan also stated that the rule could prohibit Vermont from enforcing state laws that ban certain products with mercury-added components.

Also in December 2018, Oregon Attorney General Ellen Rosenblum led a coalition of ten attorneys general in filing an amicus brief in support of Vermont’s challenge of the June 2018 rule. The brief noted the rule’s exemptions are inconsistent with the text of TSCA and that the rule would constrain states’ ability to effectively regulate mercury by denying states the opportunity to access a comprehensive and accurate federal inventory of mercury supply, use and trade.

In April 2019, the EPA filed its response brief in the litigation, requesting that the challenge to the June 2018 rule be denied. The EPA argued that the TSCA reform legislation provided broad discretion to the EPA to establish data reporting requirements on the supply, use and trade of mercury and that the agency had reasonably exercised that discretion in promulgating the June 2018 rule. The following month, Vermont Attorney General Donovan filed a reply brief that noted that the EPA’s argument ignored that the agency had failed to implement data reporting requirements for mercury supply, use and trade in a manner consistent with Congress’s intent and purpose in adopting the TSCA reform legislation.

In June 2020, the Second Circuit court released an opinion agreeing with Vermont Attorney General Donovan that the EPA’s failure to include importers of assembled products with mercury-added components in their data violates their obligations under TSCA. The court rejected other mercury data reporting concerns, however, concluding that they would impose duplicative requirements on manufacturers.

Asbestos is a material that is widely used throughout the U.S. economy, but it is highly toxic. The known carcinogen causes 15,000 premature deaths annually and is linked to life-threatening or painful diseases, such as mesothelioma, fibrosis, gastrointestinal cancer and lung cancer and other lung disorders. TSCA’s Chemical Dating Reporting (CDR) rule requires manufactures and importers to report information about the manufacturing, processing and use of toxic chemicals, including asbestos. This information is then used to help the EPA regulate toxic chemicals in order to protect human health and the environment. The EPA’s current asbestos data does not comprehensively assess the importing, processing and use of asbestos in the United States.

In January 2019, a coalition of fifteen attorneys general led by California Attorney General Xavier Becerra and Massachusetts Attorney General Maura Healey filed a petition with the EPA to develop a new asbestos reporting rule to improve the EPA’s asbestos data by eliminating exemptions for the material under the CDR. The attorneys general requested that the new reporting rule eliminate “naturally occurring substance” as an exemption for asbestos reporting, require processors of asbestos to adhere to the CDR’s reporting requirements and require that imported articles containing asbestos also be reported. This information would enable the EPA to more effectively regulate asbestos and fulfill its TSCA responsibility to prevent unreasonable risk to health and the environment.

In May 2019, the EPA published its denial of the states’ January 2019 petition. In June 2019, California Attorney General Becerra and Massachusetts Attorney General Healey led a coalition of eleven attorneys general in filing a lawsuit challenging EPA’s denial of the states’ petition in federal district court in California. The attorneys general noted that the agency denied the petition because it claimed to already have “sufficient information available,” despite, by its own admission, “not know[ing] the amount of asbestos contained in consumer products” and the U.S. Geological Survey, the source of the EPA’s information on imported asbestos, “disclaimin[ing] the completeness” of that information. Further, the lawsuit asserted that EPA’s failure to require thorough reporting on asbestos exposure risk deprives the states of reliable and comprehensive information to pursue their own asbestos regulatory efforts.

In July 2019, California Attorney General Becerra led a coalition of eighteen attorneys general in sending a letter to the Chair and Ranking Member of the House Energy and Commerce Committee in support of the Ban Asbestos Now Act (H.R. 1603). The legislation would amend TSCA to prohibit the manufacture, processing, and distribution of asbestos in the U.S., effectively banning the chemical. In their letter the attorneys general noted that the legislation is necessary because the EPA has demonstrated that it is unable and unwilling to use its authority under TSCA to address the unreasonable risks of injury to health and the environment posed by asbestos, a chemical for which there is no safe level of exposure.

In 2014, acting under TSCA, the EPA completed a peer-reviewed assessment of the health risks associated with paint and coating removal products containing methylene chloride. The risk assessment supported the EPA’s January 2017 proposed rule that would have prohibited the manufacture, processing and distribution of paint and coating removers containing the toxic substance for all consumer and many commercial users. The EPA had determined that the methylene chloride in paint strippers and coating removers presented “an unreasonable risk to human health,” necessitating limiting the manufacture, processing, distribution and use of the substance under TSCA.

In April 2019, a group of environmental organizations filed a petition for review challenging the final rule issued by the EPA. In October 2019, New York Attorney General Letitia James led a coalition of nine attorneys general in filing an amicus brief  in support of the environmental organizations challenging the EPA’s final rule. The brief noted that the final rule violates TSCA because it fails to regulate commercial use of methylene chloride products that the agency had determined pose an unreasonable risk to human health. Additionally, the attorneys general insisted that the EPA’s failure to explain why the agency was not restricting the commercial use of methylene chloride contravened the Administrative Procedure Act.

In June 2020, the EPA released a final risk evaluation for methylene chloride, determining that it “does not present an unreasonable risk of injury to health or the environment.” In August 2020, a coalition of 12 attorneys general filed a petition for review challenging the final risk evaluation.

In April 2020, the EPA published draft scoping documents for its TSCA risk evaluation of seven high-priority substances. Among these substances is formaldehyde, the most controversial and most widely known of the 20 substances that the EPA designated as high-priority for TSCA evaluation in December 2019. In the documents, the EPA admitted that it failed to satisfy all of TSCA’s substantive requirements for these risk evaluations. The agency asserted that the missing information will be included in forthcoming systematic reviews and other supplemental documents.

The chemical 1,4-dioxane is a widely used solvent that is one of 10 high-priority substances selected by the EPA for review following the 2016 Lautenberg amendments to TSCA. In November 2020, the EPA released a supplemental analysis for its risk evaluation of 1,4-dioxane.

In December 2020, a coalition of 16 attorneys general led by New York Attorney General James submitted comments on the EPA’s supplemental analysis. In their comments, the attorneys general raised serious concerns with the EPA’s unexpected decision to expand the scope of the evaluation to include eight consumer applications in which 1,4-dioxane occurs as a byproduct at potentially harmful concentrations. The coalition criticized the agency’s conclusion that none of these uses pose an unreasonable health risk and highlighted that the decision seems to have been made at the urging of the American Cleaning Institute and the Grocery Manufacturers Association for the explicit purpose of preempting state regulations to protect consumers from exposure to 1,4-dioxane. The attorneys general also noted several errors that the EPA made in its initial draft risk evaluation — including failing to analyze risks to high-exposure subpopulations, excluding numerous exposure pathways and improperly assuming universal use of personal protective equipment — that remain uncorrected in the supplemental analysis.

In January 2021, largely ignoring the concerns of the attorneys general, the EPA published the final risk evaluation for 1,4-dioxane.

In May 2020, the EPA released a draft risk evaluation for perchloroethylene (PERC), a hazardous chemical commonly used in dry cleaning. PERC is one of the 10 chemical substances that are the subject of EPA’s initial chemical risk evaluations required under TSCA because of its potential for substantial harm to human health and the environment.

In January 2021, the EPA published the final risk evaluation for PERC, largely ignoring the concerns raised by the attorneys general in their comments.