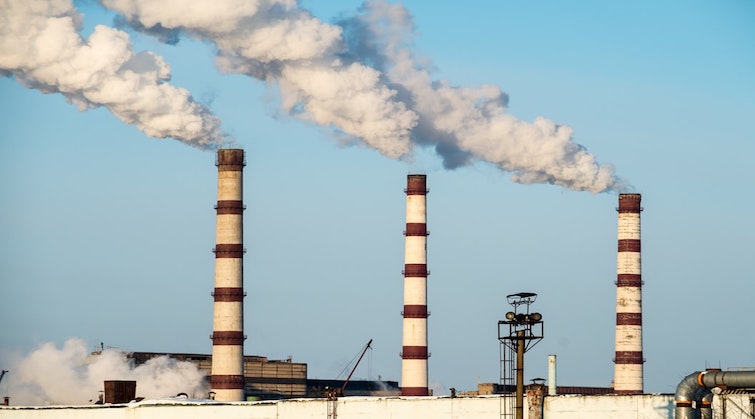 Coal ash is a byproduct of burning coal, and includes toxic chromium, arsenic, lead, aluminum, boron, iron, sulfate, selenium and manganese. Coal ash is dangerous to human health, contributing to cancer, cardiovascular effects and neurological effects, and can also pose a threat to the health of wildlife and plants. Power plants typically dispose of coal ash in surface impoundments, often unlined, which leak into surrounding soil, groundwater and surface water.

In 2015, the Environmental Protection Agency (EPA), acting pursuant to its authority under the Resource Conservation and Recovery Act (RCRA) to regulate the disposal of “nonhazardous” solid waste, issued a final rule governing the disposal of coal ash in landfills and surface impoundments. The rule required unlined impoundments to close or retrofit within six months of the detection of coal ash leaking into groundwater. Additionally, surface impoundments that would otherwise be required to cease receiving coal ash may continue to receive coal ash past the closure date, under an alternative closure provision, if certain conditions are met.

Environmental organizations and industry groups challenged various provisions in the 2015 RCRA rule in the District of Columbia Circuit Court of Appeals. In August 2018, the D.C. Circuit released its decision, vacating as arbitrary and capricious under the Administrative Procedure Act (APA) the provision that allowed unlined surface impoundments to continue receiving coal ash unless they leak. This provision was remanded back to the agency. The court also rejected industry’s contention that the agency in developing the alternative closure provision was required under RCRA to take into account the cost and the inconvenience associated with closure of surface impoundments.

On remand back to the agency, the EPA in December 2019, released the first part of its proposed changes to closure regulations for landfills and surface impoundments. The proposed rule allows plant owners to consider cost and convenience in the alternative closure provision as long as the owners also consider other factors. Further, the proposal allows all coal ash surface impoundments, including unlined impoundments, required to close under the 2015 rule to qualify for the expanded alternative closure provision.

In January 2020, Maryland Attorney General Brian Frosh led a coalition of five attorneys general in submitting comments in opposition to the EPA’s December 2019 proposed weakening of the 2015 rule (“Coal Ash Proposal”) and a related proposal to weaken Clean Water Act limits on the discharge of coal ash into protected waters (“ELG Proposal”). More information about the opposition of the attorneys general to the ELG Proposal is available here.

The comments noted that allowing for the consideration of cost and convenience in the alternative closure provision violates both RCRA and the D.C. Circuit’s August 2018 decision that bar the agency from allowing cost and convenience to be considered in closure decisions. The attorneys general also pointed out that the expanded alternative closure provision arbitrarily and capriciously violates the APA in providing the owners and operators of coal ash surface impoundments more time to comply with their obligation to close the impoundments despite having been aware of their obligation since EPA’s promulgation of the coal ash RCRA rule in 2015.

In April 2020, Maryland Attorney General Frosh led Illinois Attorney General Kwame Raoul and Michigan Attorney General Dana Nessel in filing comments opposing the EPA’s rollback. The coalition highlighted that by allowing inadequately lined coal ash surface impoundments to remain open, the EPA is ignoring the evidence of the environmental and public health dangers of leak-prone coal ash dumps, which have a 9.1 percent chance of contaminating nearby drinking water wells. Consequently, the proposal also violates RCRA as the statute requires that surface impoundments pose no reasonable probability of adverse effects on health or the environment from solid waste disposal.