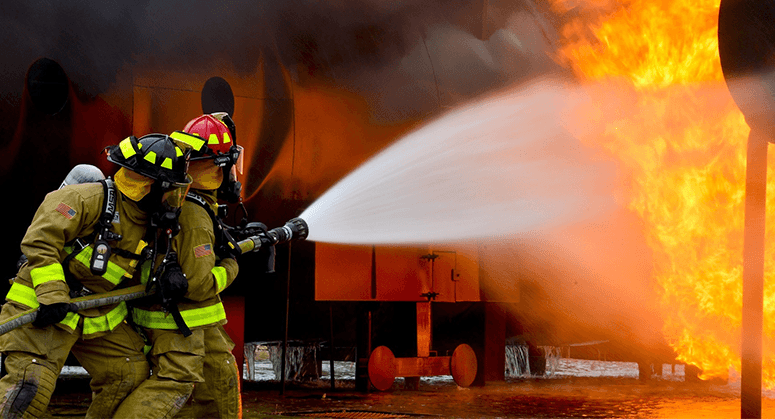 In January 2017, the Environmental Protection Agency (EPA) finalized the Chemical Accident Safety Rule (also known as the Accidental Release Prevention Requirements rule) under the Clean Air Act, which required more than 12,000 chemical facilities across the country to conduct "root cause" analyses and third-party audits following accidents and to analyze the use of safer technology and alternatives to prevent accidents. The rule also requires that chemical facilities adopt emergency response procedures, including coordination with first responders so that they will not be exposed to dangerous toxics when responding to accidents at chemical facilities.

In June 2017, the Trump administration sought to delay the effective date for the Chemical Accident Safety Rule for 20 months until February 2019. The following month, 11 attorneys general filed a petition for review in the D.C. Circuit Court of Appeals, seeking a determination by the court that the EPA's attempt to delay the effective date of the Chemical Accident Safety Rule was unlawful and must be vacated.

Meanwhile, the EPA is still pursuing efforts to permanently repeal portions of the Chemical Accident Safety Rule. In May 2018, the EPA released a proposed rule to roll back parts of the Chemical Accident Safety Rule. The targeted provisions include a requirement that companies share information about the dangerous chemicals they produce and to take accident preventive measures.

In August 2018, a coalition of 12 attorneys general submitted comments to the EPA on the proposed rule. The attorneys general called on the EPA to abandon the rollback because the proposal threatens the safety of workers, first responders and surrounding communities and is unlawful under the Clean Air Act.

In October 2019, a coalition of 13 attorneys general filed supplemental comments with the EPA, once again urging the agency to withdraw its proposal to roll back parts of the Chemical Accident Safety Rule. The letter pointed to the explosion of hydrofluoric acid at the Philadelphia Energy Solutions refinery earlier in 2019 as demonstrating the need for a strong Chemical Accident Safety Rule to prevent deadly chemical accidents.

In December 2019, the EPA released its final rule to roll back parts of the Chemical Accident Safety Rule. The final rule removed the requirement that companies, when requested, provide chemical hazard information and community emergency preparedness information to the public. Additionally, the requirement that plant owners consider safer technology and the requirement for third-party compliance audits were rescinded. In January 2020, a coalition of 15 attorneys general filed a petition for review with the D.C. Circuit to challenge EPA’s final rule.

Highly flammable, highly explosive crude oil is shipped by freight rail via trains throughout the United States, passing densely populated communities and ecologically sensitive areas. These so-called "bomb trains" have been involved in several catastrophic rail accidents in recent years, including a 2013 explosion in Quebec that killed 47 people. Vapor pressure is a key driver of oil's explosiveness and flammability; pre-shipment treatment of crude oil to reduce dangerous vapor pressure would significantly mitigate the possibility of uncontrollable fires and violent explosions.

In December 2015, New York Attorney General Eric Schneiderman petitioned the Transportation Department's Pipeline and Hazardous Materials Safety Administration (PHMSA) to set a vapor pressure standard for the transportation of crude oil via train cars. In January 2017, the PHMSA issued an advanced notice of proposed rulemaking for a vapor pressure standard. In May 2017, the attorneys general of six states submitted comments to PHMSA in support of a nationwide limit on the vapor pressure of crude oil transported by rail in the United States.

In October 2019, New York Attorney General Letitia James led a coalition of four attorneys general in submitting comments in support of the State of Washington and in opposition to an attempt by North Dakota and Montana to preempt a Washington law that sets a limit for the allowable vapor pressure when transporting crude oil by rail in Washington. The comments urged PHMSA to deny North Dakota and Montana’s petition because “Washington’s laws relate to wholly in-state activities for in-state purposes,” and noted that PHMSA has yet to set a protective nationwide limit for vapor pressure of crude oil transported by rail.

In May 2020, PHMSA issued its administrative determination on the request from North Dakota and Montana. PHMSA determined that the vapor pressure requirement in the Washington law is an obstacle to accomplishing and carrying out the federal Hazardous Material Transportation Law (HMTA) and, as a result, it concluded that HMTA preempts the Washington law.

In October 2019, PHMSA released a notice of proposed rulemaking that would allow liquified natural gas (LNG) to be transported by rail nationwide for the first time. LNG is a highly flammable, odorless, and potentially explosive substance. The proposal admits that the risks of transporting LNG by rail include “fireballs, flash fire, and explosions from ground-level vapor clouds” that reach nearly 2,500 °F. Currently, federal hazardous materials regulations do not permit LNG to be transported by rail, but an Executive Order signed by President Trump in April 2019 directed the Department of Transportation (DOT) to propose a rule that would permit “LNG to be transported in approved rail tank cars” and to finalize that rulemaking by May 2020. PHMSA’s proposal would allow LNG to be transported on trains with up to 100 rail cars operated by a single conductor through densely populated areas and on the same rail lines as high-speed passenger trains.

In January 2020, a coalition of sixteen attorneys general led by New York Attorney General James and Maryland Attorney General Brian Frosh submitted comments urging PHMSA to withdraw the proposal. In their comments, the attorneys general highlighted that the proposal ignores the hazards of transporting LNG along domestic rail corridors, citing comments from the National Transportation Safety Board (NTSB), which emphasized that there is no data available assessing how LNG tank cars would fare in the event of a crash, and comments from the National Association of State Fire Marshals opposing PHMSA’s proposal as it poses a safety risk to first responders and the public. The attorneys general pointed out that the proposal violates the National Environmental Policy Act (NEPA) by overlooking the significant environmental impacts associated with increased transport and delivery of LNG and resultant increases in emissions of greenhouse gases and other pollutants.

In July 2020, PHMSA, ignoring the concerns raised by the coalition of attorneys general, published a final version of the rule. The rule will allow LNG to be carried on trains of up to 100 rail cars through heavily populated parts of the country. During the following month, August 2020, New York Attorney General James and Maryland Attorney General Frosh led a coalition of fifteen attorneys general in filing a lawsuit against PHMSA in the D.C. Circuit challenging the lawfulness of the July 2020 rule. The attorneys general are seeking a determination from the court that the final rule violates the APA, HMTA and NEPA and that the rule be vacated.