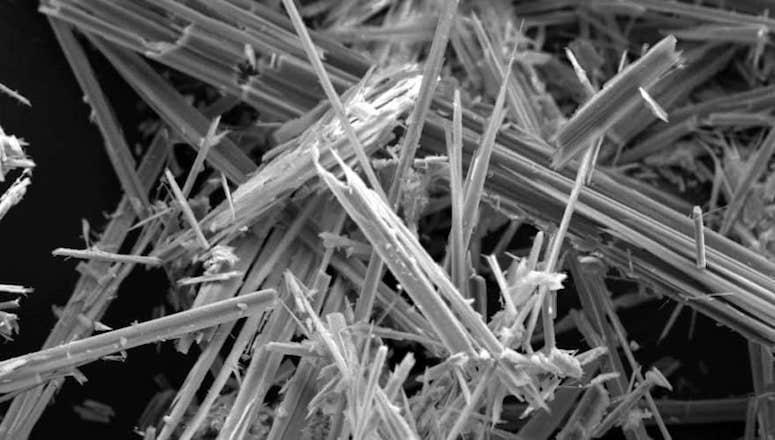 Asbestos is a material that is widely used throughout the U.S. economy, but it is highly toxic. The known carcinogen causes 15,000 premature deaths annually and is linked to life-threatening or painful diseases, such as mesothelioma, fibrosis, gastrointestinal cancer and lung cancer and other lung disorders. The Toxic Substances Control Act's (TSCA) Chemical Dating Reporting (CDR) rule requires manufactures and importers to report information about the manufacturing, processing and use of toxic chemicals, including asbestos. This information is then used to help the EPA regulate toxic chemicals in order to protect human health and the environment. The EPA’s current asbestos data does not comprehensively assess the importing, processing and use of asbestos in the United States.

In January 2019, a coalition of fifteen attorneys general led by California Attorney General Xavier Becerra and Massachusetts Attorney General Maura Healey filed a petition with the EPA to develop a new asbestos reporting rule to improve the EPA’s asbestos data by eliminating exemptions for the material under the CDR. The attorneys general requested that the new reporting rule eliminate “naturally occurring substance” as an exemption for asbestos reporting, require processors of asbestos to adhere to the CDR’s reporting requirements and require that imported articles containing asbestos also be reported. This information would enable the EPA to more effectively regulate asbestos and fulfill its TSCA responsibility to prevent unreasonable risk to health and the environment.

In May 2019, the EPA published its denial of the states’ January 2019 petition. In June 2019, California Attorney General Becerra and Massachusetts Attorney General Healey led a coalition of eleven attorneys general in filing a lawsuit challenging EPA’s denial of the states’ petition in federal district court in California. The attorneys general noted that the agency denied the petition because it claimed to already have “sufficient information available,” despite, by its own admission, “not know[ing] the amount of asbestos contained in consumer products” and the U.S. Geological Survey, the source of the EPA’s information on imported asbestos, “disclaimin[ing] the completeness” of that information. Further, the lawsuit asserted that EPA’s failure to require thorough reporting on asbestos exposure risk deprives the states of reliable and comprehensive information to pursue their own asbestos regulatory efforts.

In December 2020, the court issued an order in favor of the attorneys general. The court instructed the EPA to amend its CDR rule to include more thorough reporting of asbestos data. The court found that EPA had acted contrary to its obligation to collect reasonably available information to facilitate its regulatory obligations under TSCA.

In July 2019, California Attorney General Becerra led a coalition of eighteen attorneys general in sending a letter to the Chair and Ranking Member of the House Energy and Commerce Committee in support of the Ban Asbestos Now Act (H.R. 1603). The legislation would amend TSCA to prohibit the manufacture, processing, and distribution of asbestos in the U.S., effectively banning the chemical. In their letter the attorneys general noted that the legislation is necessary because the EPA has demonstrated that it is unable and unwilling to use its authority under TSCA to address the unreasonable risks of injury to health and the environment posed by asbestos, a chemical for which there is no safe level of exposure. The legislation was not enacted in the 116th Congress.

Evaluating the Risk of Asbestos

In April 2020, the EPA released its draft risk evaluation for asbestos. The EPA’s evaluation found that certain conditions of asbestos use – including the import of asbestos and asbestos-containing products – present no unreasonable risk to human health and the environment. In addition, the EPA excluded exposures to legacy asbestos from its risk evaluation.

In June 2020, a coalition of fourteen attorneys general led by California Attorney General Becerra and Massachusetts Attorney General Healey filed comments criticizing EPA’s finding that certain asbestos uses pose no unreasonable risk to human health and asserting that the EPA’s failure to consider all uses of asbestos in its evaluation violates TSCA. In their comments, the coalition highlighted that the EPA conceded that the use of commercial and consumer asbestos identified in the draft risk evaluation presents an unreasonable cancer risk and admitted in the evaluation that it lacks sufficient information to evaluate risks to people from imported articles.

The attorneys general also pointed out that the EPA did not comprehensively evaluate exposure pathways for the substance, or make determinations about asbestos’ risks to human health and the environment using the “best available science” and “reasonably available information,” as TSCA requires. The attorneys general called on the EPA to revise its approach to evaluating the risks posed by asbestos to comply with its obligations under TSCA and to obtain the information it has admitted is necessary to conduct thorough evaluation of the risks presented by asbestos.

In January 2021, the EPA released its final risk evaluation for asbestos, largely ignoring the concerns of the attorneys general regarding the deficiencies in the draft risk evaluation.