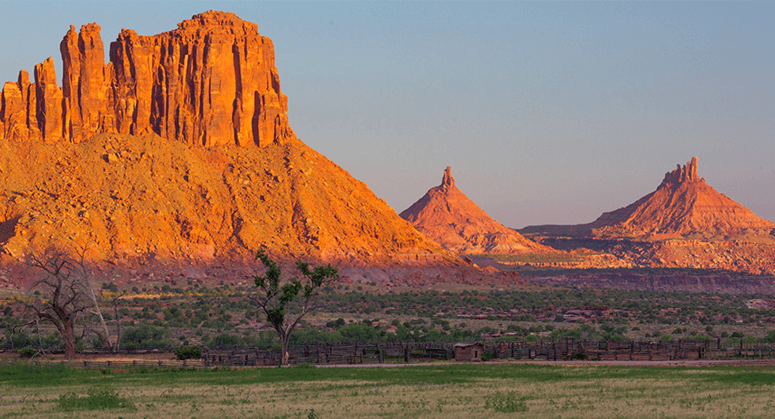 The Antiquities Act of 1906 provides the President the authority to designate as national monuments land and marine areas that contain historic landmarks, historic and prehistoric structures, and other objects of historic or scientific interest. Since 1906, 16 presidents of both parties have designated 152 national monuments under the Act, including designations by Presidents Clinton and Obama in California, New Mexico, Oregon, Utah, and Washington that preserved millions of acres of vulnerable, but ecologically and culturally significant lands. The 152 national monuments also include several national marine monuments in the Pacific and Atlantic Oceans that were designated by both Democratic and Republican presidents.

The Trump administration issued an executive order calling on the Department of the Interior to review 27 national monument designations made since 1996 under the Antiquities Act. The review includes a joint review with the Department of Commerce of five marine monuments. In December 2017, Interior Secretary Ryan Zinke released a report that included recommendations to the president for potential monument revisions. President Trump subsequently issued orders that purported to reduce the Bears Ears National Monument and the Grand Staircase-Escalante National Monument in Utah by approximately 80% and 50%, respectively.

State attorneys general have informed the Trump administration that the Antiquities Act does not give Presidents the power to reduce or revoke existing national monuments. State attorneys general have vowed to join court challenges regarding any such actions. In May 2017, Washington State Attorney General Bob Ferguson demanded that "President Trump and Secretary Zinke . . . respect the legal limits of their powers" under the Antiquities Act to reduce or revoke national monument designations. Ferguson pledged: "If President Trump attempts to harm Washington's national monuments, my office will defend them."

The next month, California Attorney General Xavier Becerra warned in a letter: "Any attempt by the Trump administration to reverse decisions past presidents have made to safeguard our most treasured public lands is as unwise as it is unlawful.  As the Attorney General of California, I am determined to take any and all action necessary to protect the American heritage which has become part of our monument lands."

The warnings continued in July 2017, when Oregon Attorney General Ellen Rosenblum sent a letter to Secretary Zinke stating that reducing or revoking monument designations would "exceed the President's limited power under the Antiquities Act, threatening our national and cultural heritage." The letter continued: "If the President attempts instead to revoke or reduce the Cascade-Siskiyou National Monument, we stand ready to take appropriate legal action."

In December 2017, in response to President Trump's announcement that he would significantly decrease the size of the national monuments in Utah, New Mexico Attorney General Hector Balderas said: "President Trump simply has no legal authority to alter monument designations under the Antiquities Act. His drastic reduction of the Utah monuments is a direct attack on the proud natural, historical and cultural heritage of the Southwest, and it ignores critical voices of tribal leaders and local stakeholders on these lands. . . . If the President chooses to continue these attacks and comes after either Organ Mountains-Desert Peaks or Rio Grande del Norte [in New Mexico], I will fight him every step of the way."