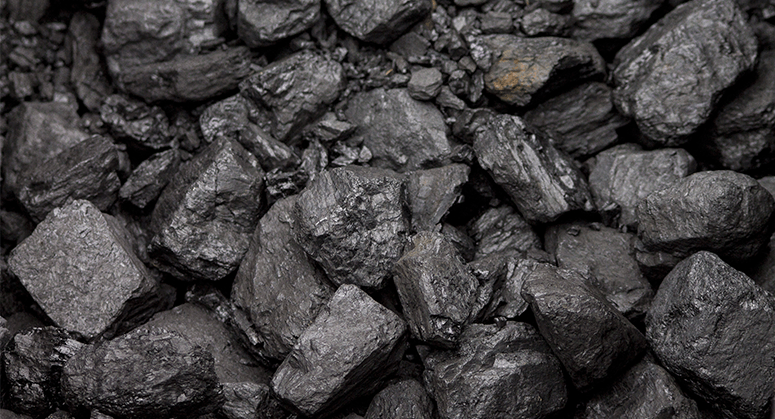 Independent investigators have confirmed that coal operators on public lands have been evading royalty payments owed to the federal government by engaging in sham transactions with captive, affiliated companies that mask the true value of coal resources removed from public lands. By engaging in these sham transactions, coal lessees have avoided millions of dollars in payments owed to the federal government and its taxpayers who own these public resources.

The Department of the Interior, acting through its Office of Natural Resources Revenue (ONRR) developed a "valuation rule" that adopted common sense reforms that closed the loopholes that coal operators were using to avoid payments owed to the federal government. After five years of public engagement, including public workshops and an extended notice-and-comment period, the rule was finalized in July 2016.

In February 2017, ONRR unilaterally purported to put the valuation rule on hold, noting its intent to prepare a new rulemaking to repeal the rule. In April 2017, state attorneys general for California and New Mexico sued the Department of the Interior for illegally postponing the start date of a rule that already had gone into force. Washington Attorney General Bob Ferguson filed an amicus brief in support of California and New Mexico. In an important opinion issued in August 2017, the Northern District of California court agreed with the state attorneys general, striking down as illegal the proposed postponement of compliance with the valuation rule.

While the litigation over the postponement was proceeding, ONRR published a proposed rule in April 2017 to repeal the valuation rule "in its entirety." In August 2017, ONRR published a final rule which repealed the valuation rule "in its entirety" and reinstated preexisting royalty regulations. The state attorneys general for California and New Mexico filed a new lawsuit in October 2017 requesting that the court invalidate the final rule as arbitrary and capricious and unauthorized by law.

In March 2019, the federal district court in California sided with the attorneys general in finding that ONRR violated the Administrative Procedure Act (APA) in repealing the valuation rule. ONRR had not provided an adequate, reasoned explanation for disregarding the facts and circumstances that supported the 2016 issuance of the valuation rule. The court vacated the August 2017 repeal rule.

In June 2019, just a day before ONRR released its order to require federal coal lessees to comply with the 2016 valuation rule, industry filed a suit in federal district court in Wyoming challenging the lawfulness of the 2016 valuation rule. The following month, the attorneys general of California and New Mexico filed a motion to intervene in the Wyoming litigation in order to defend the valuation rule. California and New Mexico were allowed to intervene in this ongoing litigation.

Undeterred by its two prior defeats in the courts, ONRR, in October 2020, issued a new proposed rule to eliminate several key provisions in the 2016 valuation rule. ONRR asserted that the basis for the October 2020 proposal was the Trump administration’s policy goals of increasing domestic energy production and reducing regulatory burden for industry.

In January 2021, ONRR, ignored the concerns of the attorneys general in issuing a final rule  eliminating several key provisions from the 2016 valuation rule. The rule was scheduled to become effective the following month.

Independent reviews have confirmed that the federal coal leasing program suffers from a number of systemic financial and environmental defects that have short-changed American taxpayers and harmed the environment. In January 2016, Interior Secretary Sally Jewell issued a Secretarial order that paused most new coal leasing until the Department completes a comprehensive programmatic National Environmental Policy Act (NEPA) review of the federal coal leasing program. To support that review, the Department of the Interior undertook a public process to collect feedback on the coal program and potential reforms. A year later, in January 2017, Secretary Jewell issued a report which, based on an extensive evaluation of public comments, affirmed the need for a comprehensive programmatic NEPA review of the federal coal leasing program.

Shortly after taking office, President Trump issued a so-called "energy independence" executive order in March 2017 that directed the Secretary of the Interior to take all steps necessary and appropriate to amend or withdraw Secretary Jewel's Secretarial order and to lift the so-called "moratorium" on federal coal leasing. In March 2017, Secretary Zinke issued a follow-up Secretarial order that re-started all coal leasing and terminated the programmatic NEPA review. In May 2017, four states attorneys general filed suit in the United States District Court for the District of Montana challenging Secretary Zinke's lifting of the coal leasing moratorium and termination of the federal coal leasing program review.

In April 2019, the federal district court in Montana ruled in favor of the attorneys general. The court found that the moratorium was a major federal action that triggered mandatory NEPA review and that the Department of Interior improperly lifted the coal leasing moratorium without first completing the required environmental review. The judge has requested additional briefing on moving forward with the required environmental analysis and leasing activity.

In July 2019, the federal district court in Montana issued a ruling that provided the Department of the Interior with more time to complete its NEPA review on lifting the moratorium.

In February 2020, the Department of the Interior issued a final environmental assessment and Finding of No Significant Impact (“FONSI”). The document restricted its analysis to the environmental impacts from resuming lease applications 24 months sooner than anticipated under the January 2016 order.

In May 2020, the federal district court in Montana denied the claim brought by the attorneys general. The court found that the final environmental assessment and FONSI completed by the Department of the Interior remedied the violation found in the April 2019 court order. The court stated that it would not opine on the legal adequacy of the environmental assessment and FONSI under NEPA, but that a separate challenge could be lodged to trigger review of those documents.

In July 2020, the four attorneys general returned to the federal district court in Montana to file a new lawsuit challenging the March 2017 Secretarial order that restarted the federal coal leasing program. The coalition noted that the decision to restart the program was based on the inadequate and overly narrow February 2020 final environmental assessment and FONSI in violation of NEPA and APA. The attorneys general also pointed out that the decision was made without evaluating whether the program is in the public interest or ensuring that it will provide fair market value to the public in violation of the Mineral Leasing Act (MLA) and the Federal Land Policy and Management Act (FLPMA). The lawsuit requested that the court vacate and set aside the March 2017 Secretarial order as well as the final environmental assessment and FONSI and reinstate the January 2016 Secretarial order’s moratorium on new coal leasing unless and until the Department of the Interior complies with applicable law.