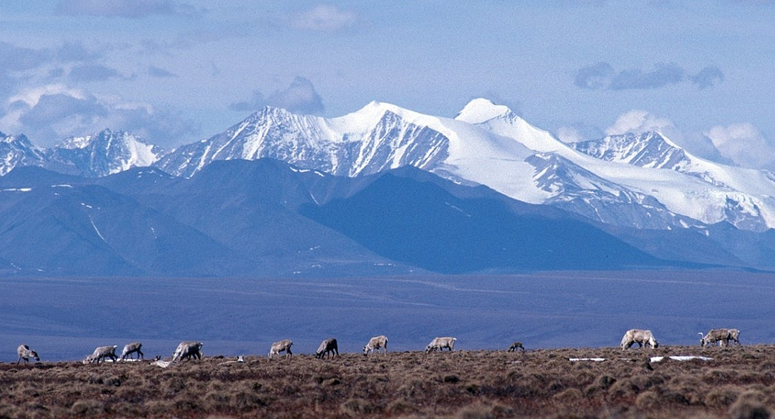 The Arctic National Wildlife Refuge (Arctic Refuge) is a pristine wilderness reserve in northern Alaska that hosts a diverse array of arctic and subarctic wildlife, including migratory birds, caribou herds and polar bears. The Arctic Refuge is the nation’s largest wildlife refuge at 19.3 million acres. As the traditional birthing area for the porcupine caribou herd, the 1.6 million-acre Coastal Plain region within the Arctic Refuge has been described as the “biological heart” of the Refuge.

The Tax Cut and Jobs Act of 2017 (Tax Act) directed the Department of the Interior to establish an oil and gas program for the Arctic Refuge’s Coastal Plain and then to conduct at least two oil and gas lease sales in the Coastal Plain region within 10 years of enactment of the legislation. The oil and gas leasing program was projected to generate $1.1 billion in federal revenue to offset federal revenue lost as a result of the legislation.

In March 2019, Washington Attorney General Bob Ferguson and Massachusetts Attorney General Maura Healey led a coalition of sixteen attorneys general in submitting comments highlighting several deficiencies with the DEIS. Among other points included in the comments, the DEIS fails to analyze how oil and gas oil development will generate $1.1 billion in federal revenue, given the high cost of producing oil and gas in the Coastal Plain and the uncertain long-term need for oil produced in the Arctic.

BLM also fails to consider alternatives that would minimize environmental harm within the ecologically sensitive and diverse Coastal Plain. Lastly, the attorneys general note that the DEIS is fatally flawed under the National Environmental Policy Act (NEPA) because it declines to consider the climate change costs of greenhouse gas emissions emitted via the production and combustion of oil and natural gas. BLM issued the final Environmental Impact Statement (FEIS) in September 2019, choosing as the preferred alternative an option that would allow for the entire program area to be leased.

In August 2020, BLM issued a record of decision finalizing a leasing program to open the Arctic Refuge’s Coastal Plain’s entire programmatic area to oil and gas drilling. According to the plan, the first auction will take place by December 22, 2021 with a second lease sale before December 22, 2024.

In September 2020, Washington Attorney General Ferguson and Massachusetts Attorney General Healey led a coalition of fifteen attorneys general in filing a lawsuit in federal district court in Alaska challenging the August 2020 record of decision and FEIS. The lawsuit contains five claims that BLM’s actions to open up the Coastal Plain to oil and gas drilling violates multiple federal statutes, including NEPA, the National Wildlife Refuge System Administration Act, the Alaska National Interest Lands Conservation Act (ANILCA), the Administrative Procedure Act (APA) and the Tax Act. The attorneys general request that the court vacate the record of decision and FEIS and enter injunctive relief to prevent irreparable harm from implementing a leasing program based on the unlawful record of decision and FEIS.

In November 2020, BLM published a call for nominations and comments for tracts of land for oil and gas drilling in the Arctic Refuge. Before the comment period closed, BLM published a notice of sale in December 2020 announcing an Arctic Refuge lease sale scheduled for January 6, 2021. Taking these steps out of sequence — publishing a notice of sale ten days prior to the closing of the public comment period for BLM's call for nominations — was highly unusual and potentially unlawful. The relevant regulations require that a “detailed statement of the sale, including a description of the areas to be offered for lease, the lease terms, conditions and special stipulations and how and where to submit bids shall be made available to the public immediately after publication of the notice of sale.”

Later in December, Massachusetts Attorney General Healey and Washington Attorney General Bob Ferguson led a coalition of 13 attorneys general in filing comments in opposition to the lease sale notice. The coalition urged BLM not to issue a new notice of lease sale until after the public comment period closed and BLM thoroughly reviewed and considered all nominations, information, and comments received through the December 17 deadline. The attorneys general criticized BLM for abandoning established practice and disregarding the regulatory process, and questioned the legality of the lease sale given its reliance on a deficient and unlawful environmental review and record of decision.

Again in December, a coalition of 14 attorneys general led by Washington Attorney General Bob Ferguson and Massachusetts Attorney General Maura Healey filed an amicus brief in support of environmental groups seeking a preliminary injunction to halt the lease sale. The attorneys general warned that allowing the administration to proceed with its rushed leasing program would have long-lasting impacts on the Coastal Plain, industrializing and polluting the delicate tundra ecosystem, altering water systems, and harming migratory birds and other wildlife. The coalition emphasized that granting a preliminary injunction would preserve the environmental status quo in the National Wildlife Refuge System and force BLM to proceed at a pace that fully allows for public participation and careful agency deliberation consistent with the public interest.

The court ultimately did not grant a preliminary injunction, and BLM announced the results of the lease sale on January 6. The bureau received few bids, yielding a mere $7 million in federal revenue. No major oil and gas companies submitted bids, and the biggest bidder in the auction was an economic development corporation owned by the state of Alaska. Later in January, BLM issued 9 of the 11 leases sold on January 6. As of June 2021, the case was stayed.

In October 2020, BLM released the Kaktovik Inupait Corporation’s proposed plan to conduct seismic surveys for oil and gas deposits in the Arctic National Wildlife Refuge's Coastal Plain. The proposal would subject over 450,000 acres of the Arctic Refuge’s Coastal Plain to seismic testing and allow construction of hundreds of miles of snow access trails, multiple airstrips, and thousands of miles of receiver lines. Despite the ongoing litigation challenging BLM’s decision to move forward with its leasing program, BLM allowed only a brief 14-day comment period on the Kaktovik Inupait Corporation’s proposal.

In November 2020, Washington Attorney General Ferguson led a coalition of 14 attorneys general in filing comments in opposition to the proposal. In the comment letter, the attorneys general noted that the proposal is expected to significantly impact the environment, including essential habitat for polar bears, caribou, and migratory birds, yet BLM has not conducted a detailed environmental review of the proposal, as required by NEPA. The coalition also pointed out that BLM has failed to consider the purposes for which Congress created the Arctic Refuge and how the proposal will be compatible with those purposes. The attorneys general urged BLM to complete an adequate environmental review and public comment period prior to authorizing seismic activity in the region.