Waters of the United States Rule 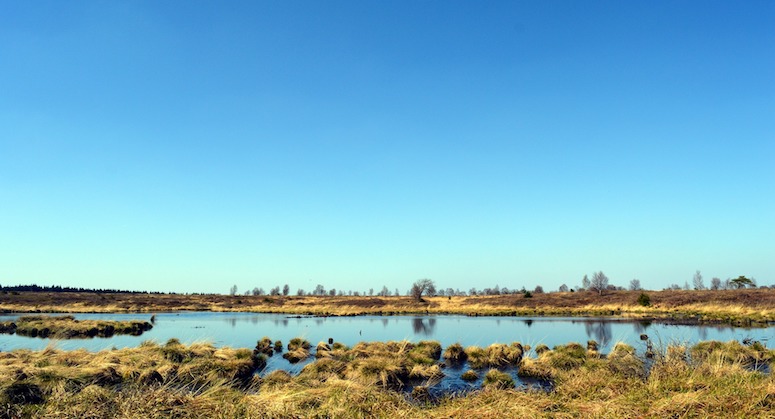 In July 2015, EPA finalized a "Waters of the United States" (WOTUS) rule that clarified the scope of protections for American waters under the Clean Water Act. The final rule confirmed that Clean Water Act protection covers wetlands and upland waters that many Americans rely upon for clean, healthy drinking water.

In February 2017, the president issued an executive order directing the Environmental Protection Agency (EPA) and the Army Corps of Engineers to rescind or revise the WOTUS rule and the additional protections that it applies to U.S. waters. The EPA and the Army Corps subsequently published an interim rule in July 2017 that proposes to scale back Clean Water Act protections. In September 2017, a coalition of nine attorneys general filed comments opposing the repeal, and have vowed to sue the administration if it moves forward with its plan to remove Clean Water Act protections from important wetlands and upland waters.

In response to a July 2018 request for additional comments on the July 2017 interim rule, New York Attorney General Barbara Underwood led 12 attorneys general in submitting comments that requested that the EPA and the Army Corps withdraw the interim rule because the repeal of the 2015 WOTUS rule would be arbitrary and capricious and not in accordance with the Clean Water Act.

In December 2018, EPA and the Army Corps finally released a proposed WOTUS replacement rule that advanced a narrow redefinition of protected “Waters of the United States.”  The proposed rule would require a direct surface hydrological connection before wetlands would be subject to federal jurisdiction under the Clean Water Act. Similarly, a tributary would only receive protection under the Clean Water Act if it is a surface water channel that contributes perennial or internment flow to a traditional navigable water or territorial sea either directly or indirectly through another body of protected water. As a result, EPA documents from 2017 suggest that eighteen percent of streams and fifty-one percent of wetlands that currently fall under Clean Water Act protection would no longer do so. Maryland Attorney General Brian Frosh immediately released a statement promising to oppose the proposed rule.

In April 2019, New York General James led a coalition of 15 attorneys general in filing comments in opposition to the proposed WOTUS replacement rule. The comments noted that the proposal would adversely affect water quality, contrary to the Clean Water Act’s objective “to restore and maintain the chemical, physical, and biological integrity of the Nation’s waters” as the proposal would significantly reduce the wetlands and water bodies that would receive protection under the Act.

The attorneys general also commented that the narrow redefinition of the “waters of the United States” abandons the Supreme Court’s governing “significant nexus” standard without adequate explanation or sufficient justification. Additionally, the proposal is arbitrary and capricious in violation of the Administrative Procedure Act (APA) as it is inconsistent with the Clean Water Act and fails to engage with the extensive scientific record that supported the promulgation of the 2015 WOTUS rule.

In January 2020, the EPA completed the second step in its effort to promulgate a new definition of “Waters of the United States.” The agency released its final replacement rule for the 2015 rule, the so-called Navigable Waters Protection rule. The rule narrowed the definition of “Waters of the United States” along the lines it proposed in its December 2018 draft rule, greatly restricting Clean Water Act protection for wetlands and tributaries.

Litigation Over the 2020 Rule

In May 2020, a coalition of eighteen attorneys general led by California Attorney General Becerra and New York Attorney General James filed a lawsuit in a California federal district court against the EPA challenging its Navigable Waters Protection rule. In their suit, the attorneys general asserted that the 2020 rule is unlawful under the APA and noted that the drastically narrowed definition of “Waters of the United States” conflicts with the text of the Clean Water Act and contradicts the Clean Water Act’s objectives. The coalition also highlighted that the rule overlooks the EPA’s prior scientific findings and recommendations from the EPA’s Science Advisory Board, and arbitrarily and capriciously reduces and eliminates protections for downstream waters, including ephemeral streams and wetlands.

Less than three weeks later, the coalition of attorneys general returned to the same federal district court in California to seek a preliminary injunction to prohibit the implementation of the Navigable Waters Protection rule. The motion from the attorneys general asserted that a preliminary injunction is necessary to prevent significant and irreparable harm to waterways across the country as the rule weakens water quality protections, including for formerly protected streams and wetlands.

In June 2020, the California federal district court determined that the states had not met the standard for granting the preliminary injunction request and rejected the motion for preliminary injunction. In November 2020, California Attorney General Becerra led the coalition of attorneys general in filing a motion for summary judgment in the litigation. The motion noted that the agency process to issue the Navigable Waters Protection rule was arbitrary and capricious in violation of the APA as the EPA and the Army Corps did not explain how the rule met the Clean Water Act’s objective of maintaining the integrity of the Nation’s waters. Further, the attorneys general argued that the rule represents an impermissible interpretation of the Clean Water Act under relevant Supreme Court precedent because it excludes ephemeral streams from protection under the statute.

At the end of May 2020, Colorado Attorney General Phil Weiser filed a lawsuit challenging EPA’s Navigable Waters Protection rule in the federal district court in his state. The lawsuit requests the court declare the rule unlawful because it was promulgated in violation of the Clean Water Act, the APA and the National Environmental Policy Act. Further, Attorney General Weiser is seeking injunctive relief in the form of prohibiting the EPA and Army Corps of Engineers from using, applying, implementing, enforcing or otherwise proceeding on the basis of the final rule.

A few weeks later in June 2020, the Colorado federal district court granted Attorney General Weiser’s motion for preliminary injunction. The federal judge found that Colorado had established that the state was likely to succeed on the merits in its challenge to the 2020 rule, that the state would likely suffer irreparable harm in the absence of preliminary relief, that the balance of equities tipped in Colorado’s favor, and that an injunction is in the public interest.

In August 2020, Colorado Attorney General Weiser filed his state’s answer brief, noting that the Colorado federal district court had properly determined that Colorado had satisfied the four factors required for it to obtain a preliminary injunction. Specifically, the state was likely to succeed on the merits; the state was likely to suffer irreparable harm in the absence of preliminary relief; the balance of equities tipped in the state’s favor; and the public interest favored preserving the status quo. The brief requested the Tenth Circuit affirm the district court’s order. Oral arguments were held in the Tenth Circuit in November 2020. In March 2021, the Tenth Circuit vacated the injunction.

In December 2020, Massachusetts Attorney General Healey led a coalition of 15 attorneys general in filing an amicus brief in support of the motion for summary judgment. The coalition highlighted that the reasoning the administration relied on to justify the rollback was contrary to the purpose of the Clean Water Act. In addition, the coalition noted that by declining to conduct a comprehensive review of the scope of waters that would be left unprotected by the regulation and ignoring that the rule’s reduction in federal protections will lead to serious degradation of ecological resources, the administration disregarded the significant harms that the regulation will inflict on states.

Litigation Over the 2015 Rule

In March 2019, Michigan Attorney General Dana Nessel withdrew Michigan from litigation in which the state was a part of a coalition of states challenging the 2015 WOTUS rule in federal district court in Ohio.

In March 2019, Colorado Attorney General Weiser withdrew his state from litigation in which Colorado was part of a coalition of states challenging the 2015 WOTUS rule in litigation in federal district court in North Dakota. Three days later New Mexico Attorney General Hector Balderas withdrew his state from the same coalition of states in the North Dakota litigation. In May 2019, the federal district court in North Dakota granted the motions by Colorado and New Mexico, which lifted the preliminary injunction of the 2015 WOTUS rule in at least Colorado (the court order was unclear as to whether the preliminary injunction would remain in effect in parts or all of New Mexico as a coalition of ten New Mexican counties are challenging the 2015 rule).

In April 2019, Wisconsin Attorney General Josh Kaul withdrew Wisconsin from litigation in federal district court in Georgia in which it was a member of a coalition of states opposing the 2015 WOTUS rule.