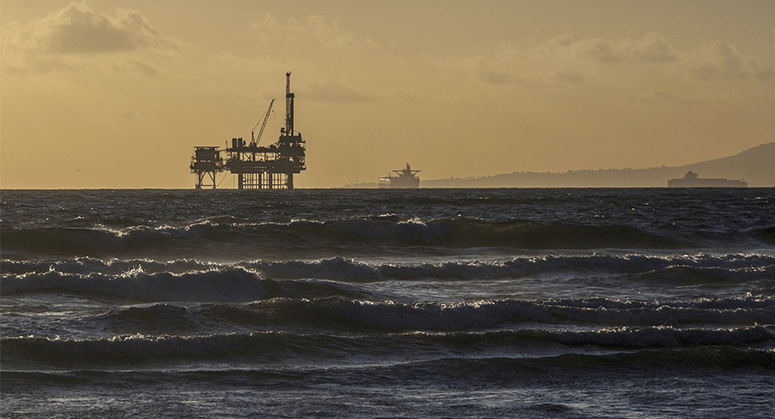 In January 2017, following extensive environmental review and public outreach, the Interior Department (DOI) finalized a five-year plan, covering the period of 2017 to 2022, that schedules potential offshore oil and gas lease sales in the Gulf of Mexico and in a limited area offshore of Alaska. A few months later, in April 2017, President Trump ordered the Secretary of the Interior to revise the five-year plan and open up additional offshore areas to oil and gas leasing to "the maximum extent permitted by law."

The attorneys general of California and Massachusetts filed comments in August in response to the Bureau of Ocean Energy Management's (BOEM) July 2017 request for information and comments on its intent to develop a new five-year oil and gas leasing plan. Massachusetts' comments highlighted the devastating impact that an oil spill could have on the state's commercial fishing industry and tourism economy, while California's comments stressed that the oil and gas industry lacks an interest in drilling off the Californian shore.

Secretary Zinke released a proposed replacement five-year plan in January 2018 that would open up more than 90% of the U.S.'s offshore waters for oil and gas exploration and development, including off the coasts of east and west coast states that strongly object to any such development off their shores. Several attorneys general released statements expressing their strong opposition to expanded offshore drilling opportunities, and several are voicing their objections in public meetings that are being held in connection with the proposal.

In February 2018, North Carolina Attorney General Josh Stein led a coalition of 12 attorneys general from the Atlantic and Pacific coasts in submitting initial comments in opposition to the proposed five-year plan as the plan threatens the unique ecologies of their shores and coastal-supported jobs. Washington Attorney General Bob Ferguson sent a letter to Secretary Zinke in February 2018 expressing his "unequivocal opposition" to the five-year plan as it is harmful to the economy and beauty of Washington's coastline.

In March 2018, Maryland Attorney General Brian Frosh led a coalition of 12 attorneys general in submitting comments opposing the proposed five-year plan. The attorneys general from Atlantic and Pacific states urged BOEM to follow Interior’s past practice of not imposing offshore drilling over state opposition. The letter noted that even small-scale oil spills would cause significant harm to the environmentally significant and sensitive waters off of both coasts. The attorneys general of California, Massachusetts, New York, Rhode Island, Virginia, and Washington sent their own state-specific comments in opposition to the five-year plan in addition to signing on to the coalition letter.

In September 2020, President Trump placed a 10-year moratorium on oil and gas leasing of federal waters off the coasts of Florida, Georgia, South Carolina, and North Carolina. This ban applies to all forms of offshore energy, including offshore wind.

As the first step in the process of permitting offshore drilling in the Atlantic, the National Marine Fisheries Service (NMFS), in June 2017, released a proposal to authorize seismic surveys in the Atlantic Ocean. A coalition of nine state attorneys general submitted comments in July opposing the NMFS's proposal. The comments cited a National Oceanic and Atmospheric Administration (NOAA) study that showed that the surveys' airgun blasting can cause fish populations to dramatically decline during testing and that Atlantic offshore drilling could result in severe and irreparable harm to coastline and marine life.

In December 2018, NMFS published its decision to finalize its June 2017 proposal to authorize seismic surveys in the Atlantic by issuing Incidental Harassment Authorizations (IHA) to five oil and gas companies seeking to conduct seismic testing off the Mid-Atlantic coast. NMFS determined that seismic testing with airguns could occur under the Marine Mammal Protection Act because incidental takes of marine mammals that would occur as a result of the testing would only have a “negligible impact” on marine species.

In December 2018, Maryland Attorney General Brian Frosh led a coalition of nine attorneys general in moving to intervene in support of a lawsuit brought by environmental organizations challenging the issuance of the IHAs. The filing noted that the issuance of the IHAs was arbitrary and capricious, in violation of the Administrative Procedure Act (APA), insofar as the “negligible impact” determination ignored the cumulative impacts – the take of more than 300,000 marine mammals – of all of the applicants’ seismic testing activities. Instead, NMFS only considered the impact of each individual applicants’ seismic testing.

In October 2020, the court dismissed the lawsuit, noting that the companies will not have moved forward with seismic testing before the IHAs expire on November 30, 2020, rendering the case moot. The court pointed out that the areas under the 10-year moratorium on oil and gas leasing announced in September 2020 largely overlap with the areas designated for seismic testing and that there is no legal basis for renewing the IHAs. Following the dismissal of the lawsuit, Maryland Attorney General Frosh issued a statement claiming victory as the Trump administration’s plans to open the Atlantic coast to seismic surveying – before proceeding to offshore drilling – “is dead in the water.”

Under the Coastal Zone Management Act (CZMA) states can object to federal agencies issuing licenses or permits for a proposed project as inconsistent with the enforceable policies of a state’s federally approved coastal management program. However, on appeal, NOAA, the federal agency tasked with the responsibility of administering the CZMA, can find that the proposed activity is either consistent with the objectives of the CZMA or necessary in the interest of national security.

In August 2020, North Carolina Attorney General Stein filed a lawsuit in federal district court in North Carolina challenging the lawfulness of NOAA’s June 2020 decision. The lawsuit notes that NOAA’s decision that the proposed activity would further the national interest by developing the resources of the nation’s coastal zone was unsupported by the record before NOAA. NOAA had also claimed that the activity would further the national interest in energy self-sufficiency but failed to account for documents in the record that demonstrated that the federal government’s own projections show that the country is already energy self-sufficient and is anticipated to remain so for decades without the survey activity. Consequently, Attorney General Stein claims that NOAA’s decision violates the CZMA and is arbitrary and capricious in violation of the APA and requests that the June 2020 decision be vacated.

In September 2020, WesternGeco withdrew its application to conduct seismic surveying off North Carolina’s coast. Following the withdrawal of the application, North Carolina Attorney General Stein announced that the state would continue the litigation challenging the federal government’s efforts to override the state’s ability to manage and protect its coastal resources.

New Jersey Attorney General Gurbir Grewal, in April 2018, filed a Freedom of Information Act (FOIA) request with the Department of the Interior (DOI) for all correspondence and internal documents related to Interior Secretary Ryan Zinke’s decision to remove Florida from the draft offshore drilling program. Attorney General Grewal is attempting to determine why Florida was granted an exemption, but other states, such as New Jersey, have not been granted an exemption.