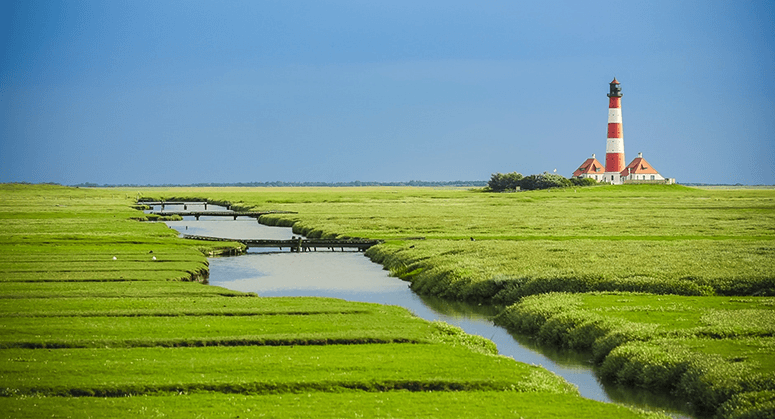 In February 2018, the EPA published a request for comments on whether the agency should revise its longstanding position that the Clean Water Act regulates the discharge of pollutants from a point source that reach protected surface waters via a short and direct groundwater conduit. In response, in May 2018, Maryland Attorney General Brian Frosh led a coalition of five states in submitting comments in opposition to the EPA’s apparent interest in rolling back its long-held position. The comments argued that the EPA’s position follows the direction of the Clean Water Act and the courts, and provides states with essential protections from unpermitted, upstream discharges of harmful pollutants.

In April 2019, EPA released an “interpretive statement” announcing a new position by the agency asserting that the Clean Water Act does not apply to pollutants discharged from a point source that reach protected jurisdictional waters in any circumstance in which the pollutants pass through groundwater. The interpretative statement contradicted the agency’s long-held position that pollutants’ passage into a navigable surface water via a short intermediary connection such as a surface conduit or shallow groundwater does not negate Clean Water Act jurisdiction.

The statement noted that EPA’s guidance on this issue does not apply in the Fourth and Ninth Circuit Courts of Appeals as those courts have held that the discharge of pollutants that reach protected water via a groundwater pathway violates the Clean Water Act. EPA requested additional public input on what may be needed to provide “further clarity and regulatory certainty” on the issue.

The comment letter noted that the statement could provide the operator of a point source with a guide for avoiding Clean Water Act jurisdiction by directing pollutants into groundwater immediately adjacent to navigable waters, even if the pollutants are certain to reach those protected waters. This guide would defeat the Clean Water Act’s purpose to maintain the chemical, physical and biological integrity of the nation’s waters. Additionally, the attorneys general pointed out that the existence of other environmental statutes that may authorize the regulation of pollution that impacts groundwater does not justify the creation of a Clean Water Act exception for discharges to navigable waters through groundwater.

On procedural grounds, the interpretative statement should have gone through the Administrative Procedure Act’s (APA) notice-and-comment rulemaking process because the statement effected a substantive change to the regulatory regime by reversing EPA’s prior position.

In 2017, a federal district court in Tennessee found that the Tennessee Valley Authority (TVA) had violated the Clean Water Act at a Tennessee power plant by discharging pollutants from unlined coal ash impoundments via a short, direct groundwater pathway into the Cumberland River (for more information about attorneys general work on coal ash visit here and here). Coal ash is a byproduct of burning coal, and includes toxic chromium, arsenic, lead, aluminum, boron, iron, sulfate, selenium and manganese.

In March 2018, Maryland Attorney General Brian Frosh led a coalition with three other attorneys general to fight an attempted rollback of the federal government’s obligation to protect the nation’s water under the Clean Water Act by filing an amicus brief in support of the lower court decision on the reach of the Clean Water Act in the Tennessee Valley Authority case.

The amicus brief responded to troubling arguments made by a separate coalition of attorneys general and the U.S. Chamber of Commerce, among other business groups, that sought to overturn a long line of cases that confirm the Clean Water Act applies when pollutants reach protected surface waters, such as the Cumberland River, through a short and direct groundwater connection.

In September 2018, the Sixth Circuit overturned the federal district court decision. The court ruled that because contaminants traveled through groundwater, no “point source” was involved. It disagreed with recent decisions by the Fourth and Ninth Circuit Courts of Appeals that held that the discharge of pollutants that reach protected water via a short, direct groundwater pathway violate the Clean Water Act.

In January 2019, the Sixth Circuit denied an October 2018 request by the local environmental organization that brought the lawsuit against the Tennessee Valley Authority to have the whole Circuit rehear the case en banc.

In the separate, but similar Ninth Circuit case based in Hawai'i, the U.S. Supreme Court accepted certiorari in February 2019 and will review whether pollutants discharged through a short, direct groundwater connection to protected water are covered by the Clean Water Act.

In April 2019, the local environmental organization in the Tennessee Valley Authority litigation filed a petition for certiorari with the Supreme Court to have the Court hear an appeal of the Sixth Circuit’s September 2018 decision. In September 2019, the local environmental group filed an unopposed motion to dismiss its pending petition to have the Supreme Court hear the case in light of a July 2019 consent decree in state court that will have the Tennessee Valley Authority close the coal ash impoundments.

In July 2019, the Supreme Court announced that it would hear oral arguments in the Hawai’i litigation on November 6, 2019. Subsequently that month, Maryland Attorney General Frosh led a coalition, which included the states that were amici in the Tennessee Valley Authority litigation and ten others, in filing an amicus brief with the Supreme Court in support of the Ninth Circuit’s Hawai’i decision. The states urged the Court, consistent with the Clean Water Act’s text and purpose, hold that where pollutants are fairly traceable from a “point source” to protected waters through groundwater or other conduits that the “point source” discharge is subject to the statute.

In April 2020, the Supreme Court released its decision in the Hawai’i litigation. While the Court did not adopt the Ninth Circuit’s fairly traceable standard, the Court sided with the attorneys general in holding that pollutants are subject to the Clean Water Act when there is a “functional equivalent of a direct discharge” of the pollutants from a “point source” to protected waters. Under this standard, pollutants that reach protected waters through groundwater trigger permitting requirements when their conveyance through groundwater is limited in distance and time.

In December 2020, the EPA released draft guidance outlining the factors for implementing the Supreme Court’s decision in the Hawai’i litigation. In the draft guidance, the EPA proposed an additional factor for applying the “functional equivalent” standard discussed above that would make it easier for potential polluters to avoid regulation under the Clean Water Act.

In January 2021, Maryland Attorney General Frosh led a coalition of 12 attorneys general in filing comments in opposition to the draft guidance and urging the EPA to abandon it. The attorneys general criticized the additional factor included in the draft guidance as being inconsistent with the Supreme Court decision and as undermining the objective and intent of the Clean Water Act. Near the end of the Trump administration, the EPA released its guidance on the Supreme Court decision.

Water Pollution at the U.S. Border

In May 2018, California Attorney General Xavier Becerra filed a notice of intent to sue with the United States Section of the International Boundary and Water Commission (U.S. Commission) for violating the Clean Water Act. The notice alleges that the U.S. Commission, the agency responsible for addressing wastewater discharges from a treatment plant near the California-Mexico border, has allowed more than 12 million gallons of wastewater to flow untreated into protected California waters in violation of the Act. The wastewater often contains elevated levels of pesticides, heavy metals and bacteria.

In September 2018, Attorney General Becerra followed through and filed suit against the U.S. Commission for violating the Clean Water Act.

In January 2019, Washington Attorney General Bob Ferguson filed a notice of intent to sue the United States Navy for Clean Water Act violations in Puget Sound. The letter alleges that the Navy released the equivalent of fifty dump truck loads of pollutants, including copper and zinc, into the Sound when it scraped the hull of a ship in January 2017. Copper and zinc are highly toxic to marine life and the Navy lacked a permit to lawfully discharge the pollutants into the Sound in violation of the Clean Water Act.

Following the expiration of the Clean Water Act’s mandatory 60-day notice period after the filing of his notice of intent to sue, Washington Attorney General Ferguson successfully intervened in ongoing litigation brought by environmental groups and a Native American tribe challenging the Navy’s release of pollutants into the Sound.

In January 2020, Attorney General Ferguson, along with the environmental groups and Suquamish Tribe, filed a consent decree with the Navy. Under the consent decree, the Navy is required to stop conducting underwater hull cleaning in Puget Sound for a ten-year period. The settlement also mandates that the Navy mitigate the environmental damage caused by the discharge of pollutants by placing a layer of clean sediment over the impacted portions of Sinclair Inlet.

State attorneys general are also working to protect the Chesapeake Bay from environmental damage. In November 2017, the attorneys general of the District of Columbia, Maryland, and Virginia wrote a joint op-ed in the Washington Post objecting to proposed House legislation that would loosen Clean Water Act standards and allow increased pollutants to flow into the Chesapeake Bay. The proposed legislation stalled.

In September 2020, the attorneys general of Maryland, the District of Columbia, Virginia, and Delaware filed a lawsuit against the EPA in federal district court in the District of Columbia to clean up the Chesapeake Bay. The lawsuit seeks to compel the agency to fulfill its nondiscretionary duty under the Clean Water Act to ensure that each state that is a signatory to the Chesapeake Bay Agreement develops and implements management plans that will achieve and maintain the Agreement’s nutrient reduction goals. Alternatively, the four attorneys general bring the action under the APA to hold and set aside as arbitrary and capricious EPA’s approval of the management plans of non-compliant states that are signatories to the Agreement.