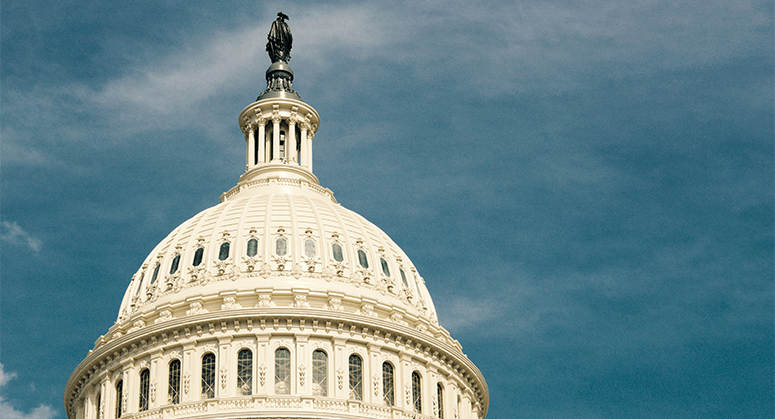 The National Environmental Policy Act (NEPA) is a foundational environmental statute that requires that federal agencies conduct environmental reviews prior to undertaking major federal actions – such as constructing a highway – that significantly affect the environment. NEPA reviews provide the public the opportunity to offer meaningful input on proposed federal initiatives, and often require that the relevant agencies adopt measures to mitigate the impact of projects on communities, wildlife and natural resources.

Under NEPA, the Council on Environmental Quality (CEQ) is tasked with coordinating NEPA reviews across federal agencies to ensure that a consistent regulatory approach is used in conducting the environmental reviews. The Trump administration characterized NEPA as a regulatory burden that slows economic growth and construction of infrastructure projects. In June 2018, CEQ released an advanced notice of proposed rulemaking (ANPR) to announce its consideration of a plan to “update” and “modernize” implementation of NEPA.

In August 2018, a coalition of 10 attorneys general submitted comments on the ANPR. The comments urged restraint in considering changes to how NEPA is implemented, and questioned the necessity of a far-reaching reevaluation of CEQ’s regulations. The attorneys general also expressed concern that NEPA revisions may limit the public’s ability to participate in future environmental reviews, and threaten the health of states’ residents and the integrity of local ecosystems.

In January 2020, the CEQ released a proposal that would significantly weaken NEPA, narrowing the scope and application of the law and undermining its plain language and purpose. The proposal would curtail requirements under NEPA that federal agencies review and assess the impact of their actions on the environment. The proposal would also dramatically limit public participation, roll back the requirement that an agency evaluate reasonable alternatives, and undermine government accountability by dictating how and when the courts can process and decide NEPA cases.

In March 2020, Washington Attorney General Bob Ferguson, New York Attorney General Letitia James, District of Columbia Attorney General Karl Racine, and California Attorney General Becerra led a coalition of 20 attorneys general in filing comments opposing the proposal. In their letter, the coalition details how the proposal would upend the ability of federal agencies to comprehensively evaluate the impacts of their actions on the environment and public health. The attorneys general highlight how these changes create significant uncertainty regarding the NEPA process and leave states with the responsibility to fill the gaps left by inadequate NEPA reviews. The coalition notes that the proposal provides no comprehensive data or analysis to support the rollbacks, and urges the CEQ to withdraw it.

In July 2020, ignoring the concerns of the attorneys general, CEQ published the final version of its update to NEPA implementation regulations. The rule upends the longstanding requirement that federal agencies comprehensively evaluate the impacts of their actions on the environment and public health. Additionally, the rule narrows the range of projects to be reviewed under NEPA, leaving states with the responsibility to fill the gaps left by inadequate NEPA reviews. Immediately following the release of the final rule, Washington Attorney General Ferguson and California Attorney General Becerra released statements vowing to challenge the final rule.

In August 2020, the attorneys general of Washington and California followed through on their July 2020 commitment by filing a lawsuit, along with 20 other attorneys general, challenging the final rule in a California federal district court. The lawsuit notes that the rule violates NEPA’s text and purpose by abandoning informed decision making about and public participation around undertaking major federal actions and jettisons environmental and public health protection. The rule is also unlawful because CEQ failed to review the rule’s significant environmental and public health impacts as required by NEPA itself.  Additionally, the attorneys general point out that the rule contravenes the Administrative Procedure Act (APA) in that CEQ declined to provide a rational justification for its significant weakening of NEPA’s implementing regulations. The lawsuit requests that the court vacate the July 2020 rule.

In September 2020, California Attorney General Becerra and Washington Attorney General  Ferguson led the coalition in filing a notice of intent to sue CEQ for violating the Endangered Species Act (ESA) in issuing the July 2020 rule. The notice of intent to sue will allow the coalition to amend its August 2020 complaint against CEQ to include ESA-based causes of action. The notice of intent to sue points out that CEQ failed to consult, as required under the ESA, with the U.S Fish and Wildlife Service and National Marine Fisheries Service on the July 2020 rule’s likely impact on federally listed endangered and threatened species.

In November 2020, California Attorney General Becerra and Washington Attorney General Ferguson followed through on the notice of intent to sue. The coalition filed an amended complaint to their August 2020 lawsuit challenging CEQ’s July 2020 update to the NEPA implementation regulations. The amended complaint notes that the July 2020 update concluded “without any basis or explanation” that the broad update would have “no effect” on threatened and endangered species and their protected habitat in an attempt to duck the low threshold for triggering the ESA’s consultation requirement. As of June 2021, the case was stayed.

In August 2019, California Attorney General Xavier Becerra led a coalition of five attorneys general in filing comments objecting to the proposed rule, noting that the Forest Service framed the proposal as part of an effort to address the rising threat of increasingly intense wildfires, yet failed to “consider or account for a primary cause of the increased intensity of wildfires – climate change.”

The comments also noted that the proposal would enable the Forest Service to undertake actions with potentially significant impacts “under the presumption that environmental analysis is unnecessary,” while eliminating the opportunity for the public to contest such a presumption. The proposal also would eliminate the presence of “sensitive species” — those “for which population viability is a concern” as determined by the Forest Service — from the list of extraordinary circumstances barring the use of categorical exclusions.

In November 2020, the Forest Service published the final rule revising its regulations for implementing NEPA, rolling back requirements for Forest Service environmental reviews.

In November 2020, the Department of Transportation (DOT) Department issued a proposal to roll back its NEPA procedures. The proposed rollback mirrored the CEQ’s July 2020 final rule that eliminated several key NEPA obligations — including the requirement to analyze climate-related and other “cumulative” and “indirect” environmental effects.

In December 2020, a coalition of 17 attorneys general led by New York Attorney General James submitted comments in opposition to the proposed rule and urged DOT to withdraw it. The coalition noted that the proposal adopts many of the significant flaws of the CEQ’s July 2020 final rule, as well as introduces other significant changes to DOT’s internal procedures that prioritize expedience over reasoned decision making and environmental protection. The attorneys general also highlighted that the proposed changes substantially undermine NEPA’s direction and purpose, are inappropriate while the July 2020 rule faces multiple challenges in federal courts, and further marginalize environmental justice communities.