EPA Use of Science 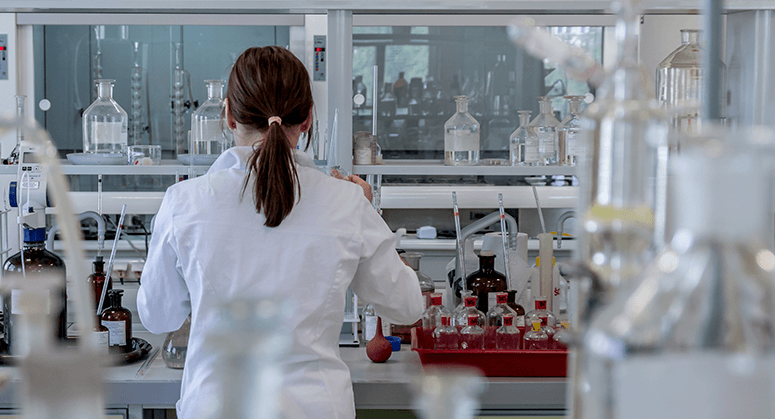 In April 2018, the Environmental Protection Agency (EPA) published a proposal that would limit its reliance on scientific studies that do not provide public access to all underlying data and methodologies. Health studies are critical components of the scientific basis for many EPA rules. Because of patient privacy obligations, many health studies are not able to publish patient-specific data, thereby making them vulnerable to being excluded from regulatory consideration under the EPA’s proposal.

In May 2018, a coalition of eight attorneys general submitted a letter to EPA Administrator Scott Pruitt requesting that the agency halt the proposed rule to limit the use of scientific evidence in promulgating rules. The letter also urged the EPA to consult with the National Academy of Sciences before moving forward with any proposed changes to the EPA’s use of science in the regulatory process. If the EPA is unwilling to withdraw the proposal, the attorneys general asked for an extension of time to file comments on the proposal. Two weeks later the EPA announced it would extend the comment deadline until August 2018, and that it would hold a public hearing on the proposal in July 2018.

At the end of May 2018, seven attorneys general submitted a letter to the National Academy of Sciences requesting that the Academy formally comment on the proposed rule. The attorneys general noted the importance of having our nation’s leading scientists weigh in on the EPA’s proposed rejection of certain types of peer-reviewed scientific studies from consideration in regulatory proceedings. The three Presidents of the National Academy of Sciences subsequently filed comments that expressed grave reservations regarding the administration’s proposal.

In July 2018, the attorney general offices of New York and Washington, D.C. provided oral testimony at an EPA hearing on the proposed rule. In August 2018, New York Attorney General Barbara Underwood and New Jersey Attorney General Gurbir Grewal led fifteen other attorneys general in submitting comprehensive written comments on the April 2018 proposal. The attorneys general urged the EPA to abandon the proposed rule because it is inconsistent with existing federal law, which requires the EPA to consider the best scientific evidence available.

In March 2020, the EPA released a supplemental notice of proposed rulemaking to modify and expand the April 2018 proposed rule. The new proposal directs the agency to give preference to studies with public data — a change from the agency’s original proposal to disqualify studies without public data altogether — but extends the original proposal’s restrictions beyond formal rulemaking processes to apply to all of the EPA’s science and research.

Later in March 2020, a coalition of fourteen attorneys general led by now-New York Attorney General Letitia James and New Jersey Attorney General Grewal sent a letter to the EPA asking the agency to extend the unusually short public comment period to 120 days. The attorneys general emphasized that an extension is necessary given that states, healthcare professionals, and scientists who should weigh in on the proposal are not able to devote the time needed to evaluate the proposal in light of the COVID-19 pandemic. The attorneys general also urged the EPA to consult with the National Academy of Sciences and the broader scientific community before moving forward with changes. The coalition reiterated its call for the EPA to abandon its effort to restrict the use of scientific evidence in its rulemaking and noted that the supplemental proposal fails to address any of the serious concerns previously raised by the coalition. In April 2020, the EPA extended the comment period by 30 days.

In January 2021, disregarding the concerns raised by the attorneys general, the EPA published its final rule to limit the agency’s reliance on studies that do not make their underlying data public. Later in January, a coalition of 18 attorneys general led by New York Attorney General James filed a complaint challenging the final rule as unlawful, arbitrary, and capricious and urging the court to vacate it. In the complaint, the attorneys general emphasized that the rule is in direct conflict with EPA’s core mission of protecting human health and the environment. The coalition highlighted that the final rule will subvert well-established agency practices for developing science-based regulations, significantly undermining the agency’s core responsibilities to use the “latest,” “generally accepted,” and “best available” science when implementing substantive regulatory statutes. Shortly, after the change in administrations, in February 2021, a district court in Montana vacated the rule.

Preserving the Role of Scientists in Policy-Making

In October 2017, EPA Administrator Scott Pruitt released a directive that prohibits scientists and experts who are recipients of EPA grants from serving on EPA federal advisory committees (FACs). FACs provide the EPA with scientific guidance as the agency engages in rulemaking, and help shape the agency’s overall direction. Excluding leading scientists and experts from serving on FACs will deprive the EPA of the scientifically sound and balanced guidance that have informed the agency’s policymaking for decades. State attorneys general have participated in efforts to challenge the directive and assemble more information on the implementation of the directive.

A number of organizations, including Physicians for Social Responsibility (PSR) filed suit against the EPA challenging the lawfulness of the directive as arbitrary and capricious and contrary to the Federal Advisory Committee Act. In June 2018, Washington Attorney General Bob Ferguson and a coalition of nine attorneys general filed an amicus brief in the PSR litigation. The amicus brief objected to the arbitrary and capricious line-drawing used by the EPA to exclude independent scientific experts from serving on FACs, while continuing to welcome participation by industry-funded scientists.

In February 2019, the federal district court in the District of Columbia dismissed PSR’s suit challenging the lawfulness of the directive. In April 2019, PSR and the other plaintiff organizations notified the district court that they were appealing the court’s dismissal of their lawsuit challenging the directive to the District of Columbia Circuit Court of Appeals.

In August 2019, Washington Attorney General Robert Ferguson led a coalition of 11 attorneys general in filing an amicus brief with the D.C. Circuit in support of Physicians for Social Responsibility. The coalition argued the directive “violates uniform ethical standards for executive agencies” by barring EPA grant recipients from serving on EPA advisory committees, severely limiting the number of independent academic scientists serving on committees and allowing industry-funded representation to triple. The brief also noted that the EPA’s reversal of its longstanding FACs policy is arbitrary and capricious because it failed to identify any actual conflicts of interest amongst grant recipients or acknowledge that the mere receipt of grants is too inconsequential to disqualify individuals from service (except in special circumstances).

In April 2020, the D.C. Circuit ruled in favor of PSR and the attorneys general, deciding unanimously that the EPA’s directive is reviewable and remanded the case to the lower court for further proceedings.

In January 2018, the Union of Concerned Scientists (UCS) filed a lawsuit challenging the issuance of the directive as arbitrary and capricious and in violation of FACA in federal district court in Massachusetts. Washington Attorney General Bob Ferguson led a coalition of 9 attorneys general in filing an amicus brief in support of UCS in the litigation in September 2018. The amicus noted that the directive is inconsistent with Congress’s vision for members of key EPA advisory committees and that the directive handicaps the role of independent scientists in EPA scientific decision-making.

In March 2019, the federal district court in Massachusetts dismissed UCS’s complaint. UCS appealed the decision to the First Circuit Court of Appeals, where in July 2019, Washington Attorney General Ferguson led 10 attorneys general in filing an amicus brief in support of UCS.

In May 2018, Washington Attorney General Ferguson filed a lawsuit against EPA for its failure to respond to his Freedom of Information Act (FOIA) request for communication between the agency and FAC members on implementation of the October 2017 directive.  After EPA provided Washington more than 1,700 pages of the sought communication, EPA and Washington reached a settlement agreement that dismissed the complaint against the agency. The communication showed FAC members expressing confusion about the alleged need for the directive and concern about how FACs would be able to fulfill their purpose under the directive.