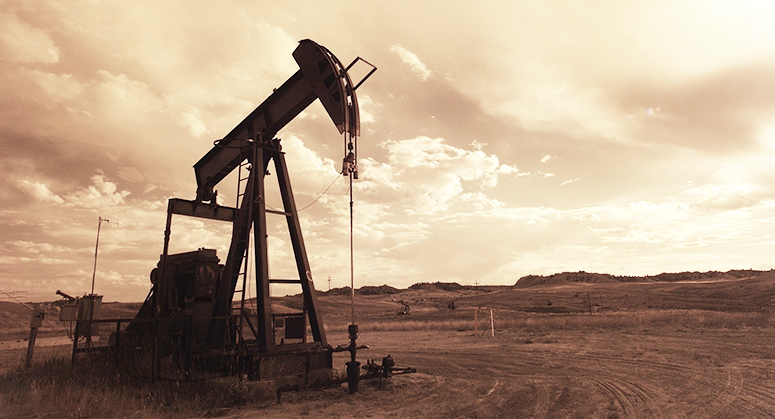 In July 2018, Rhode Island Attorney General Peter Kilmartin filed a lawsuit in state court against 21 fossil fuel companies, including Chevron Corporation, Exxon Mobil, BP and other major oil producers. The suit advances eight claims against the fossil fuel companies for producing, promoting and marketing of fossil fuel products, while concealing the known hazards of their products. Attorney General Kilmartin alleged that the 21 companies were directly responsible for the release of hundreds of gigatons of carbon dioxide emissions between 1965 and 2015 that have caused harm that Rhode Island has experienced and will continue to experience in the future. The severe harms include substantial sea level rise, more frequent and severe flooding, extreme precipitation events and drought.

In December 2019, Rhode Island Attorney General Peter Nerohna filed the state’s reply brief in the First Circuit challenge to the district court’s July 2019 decision that the litigation belongs in state court. The brief noted that a number of federal courts, including the court hearing the Baltimore litigation, have concluded that state law causes of action against oil companies for climate change-related injuries belong in state court. The following month, Massachusetts Attorney General Maura Healey led a coalition of thirteen states in filing an amicus brief in support of Rhode Island’s request that the district court ruling be upheld.

In August 2020, the Rhode Island Superior Court issued a decision staying further state court consideration of Rhode Island’s July 2018 claim pending input that the Supreme Court of the United States may provide in another case that raises similar jurisdictional questions.

In September 2020, oral arguments were held in the First Circuit’s review of the federal district court’s July 2019 decision. The following month, October 2020, the First Circuit ruled in favor of Attorney General Nerohna, holding that the state’s lawsuit belongs in state court as the lawsuit contains state law-based claims.

As a result of her office’s investigation of Exxon Mobil, New York Attorney General Barbara Underwood filed a suit against Exxon in New York state court in October 2018. The suit alleges that Exxon misled its investors regarding the risk that greenhouse gas emissions posed to its business. Exxon allegedly deceived investors in a number of ways, including by misrepresenting how the company was accounting for climate risk.

The suit seeks an order from the court prohibiting Exxon from continuing to engage in fraudulent misrepresentation of the company’s climate risk. The complaint also requests the court to award damages, including a disgorgement of all monies obtained in connection with the alleged fraud and restitution.

In December 2019, following a three week trial during the fall of 2019, a New York state court ruled in favor of Exxon. The court found that Exxon had not mislead investors.

In October 2019, as a result of an investigation of Exxon Mobil, Massachusetts Attorney General Maura Healey filed a suit against Exxon in Massachusetts state court. The suit alleges that Exxon misled investors about the risk greenhouse gas emissions posed to its businesses. The suit also asserts that the oil company misled Massachusetts consumers by failing to disclose the impact of its fossil fuel products on climate change and by supporting advertisements that claim the use of its fossil fuel products reduce greenhouse gas emissions. Massachusetts is seeking an order that would grant comprehensive injunctive relief to end deceptive practices against the state’s investors and consumers.

In June 2020, Minnesota Attorney General Keith Ellison filed a lawsuit in state court against Exxon Mobil and others, including the American Petroleum Institute (API). The lawsuit advances five claims of: fraud; failure to warn consumers of a dangerous product; and violating statutes prohibiting consumer fraud, deceptive trade practices and false statements in advertising. Attorney General Ellison alleges that the defendants understood since the 1970s the devastating effects that their products would cause the climate, including Minnesota, but engaged in a highly-effective public-relations campaign to mislead Minnesotans about the consequences of using their product. During this period, Minnesota suffered billions of dollars of economic harm due to climate change, while the defendants reaped billions in profits by selling their products.

In July 2020, the following month, the defendant oil companies filed a notice of removal action with the federal district court in Minnesota. The oil companies argue that the suit involves complex federal statutory, regulatory and constitutional issues that should be heard by a federal court.

During the following month, August 2020, Minnesota Attorney General Ellison filed a motion to remand the state’s lawsuit back to state court. The motion noted that removal to federal court was improper because the lawsuit does not raise any federal claims and that Ramsey District Court is the appropriate forum for adjudicating the exclusively state-law based claims. In November 2020, the defendants filed their brief in opposition to Minnesota’s motion to remand the litigation back to state court.

In October 2020, the defendant oil companies filed their brief in opposition to the District’s motion to remand the lawsuit back to local court.

In September 2020, Delaware Attorney General Kathy Jennings filed a lawsuit in Delaware state court against multiple oil companies, including Chevron, and API. The lawsuit advances four claims: failure to warn; trespass; nuisance; and violating the Delaware Consumer Fraud Act. The claims stem from the oil industry’s knowledge for more than 50 years that the industry’s production of fossil fuels generates greenhouse gas emissions that contribute to climate change. The suit alleges that the companies have waged a coordinated effort to create persistent doubts in the minds of customers, regulators, the media and the public, including in Delaware, about the consequences of the use of their products. As a result of the defendants’ conduct, Delaware has suffered climate change impacts - sea level rise, more frequent and intense extreme precipitation events, and other harms -  along with related economic and public health impacts that will disproportionately impact people of color and people living in poverty.

In October 2020, Chevron filed a notice of removal of the complaint to the federal district court in Delaware. Chevron contended that federal jurisdiction is proper because plaintiff’s claims arise under federal law, the action is removal under the federal-officer removal statute, and the complaint is completely preempted by federal law.

In November 2020, Attorney General Jennings filed a motion to remand the lawsuit back to Delaware state court. The brief noted that removal to federal court was improper because the state’s complaint does not raise any federal claims and the state court is the appropriate forum for adjudicating the exclusively state-law claims brought by Delaware.

In September 2020, Connecticut Attorney General William Tong filed a lawsuit in Connecticut state court against Exxon Mobil. The lawsuit advances eight claims against the oil company for producing, promoting and marketing its oil products for decades, while engaging in a campaign of deception to conceal from Connecticut consumers that burning fossil fuels contributes to climate change. Attorney General Tong notes that Exxon Mobil’s actions include multiple violations of the Connecticut Unfair Trade Practices Act (CUTPA) that have caused harm in Connecticut, through rising sea levels, wildlife degradation and property devaluation and damage for the state’s residents.

In response, Connecticut Attorney General Tong filed a motion to remand the litigation back to state court in Connecticut. The brief noted that no federal question is raised under the state’s CUTPA action, diversity jurisdiction is not appropriate and that no other grant of original jurisdiction is relevant to Connecticut’s claim.