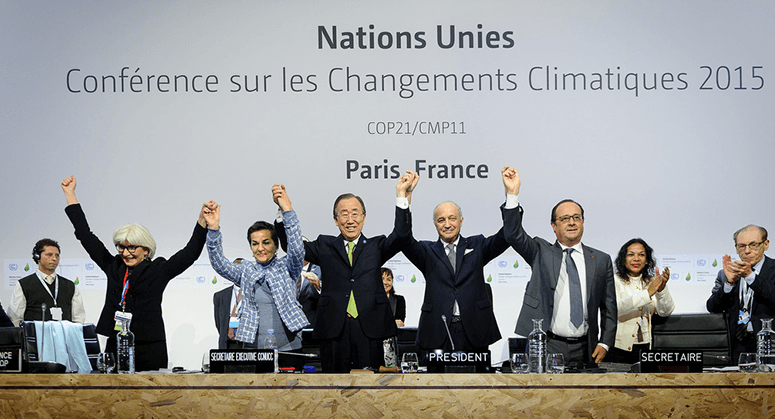 In December 2015, the international community of nations endorsed the Paris Climate Agreement and its goal of reducing greenhouse gas emissions and limiting the global temperature rise to below 2 degrees Celsius above pre-industrial levels.

Nineteen state attorneys general announced they are participating in the "We Are Still In" coalition, joining forces with governors, mayors, business leaders, and universities to pledge to keep their states' commitments to abide by the principles of the Paris Agreement.

In November 2020, the Trump administration formally withdrew from the Paris Agreement. California Attorney General Xavier Becerra released a statement in response to the withdrawal, calling the decision “the spark that ignited [the Trump] administration’s destructive, anti-science agenda.”