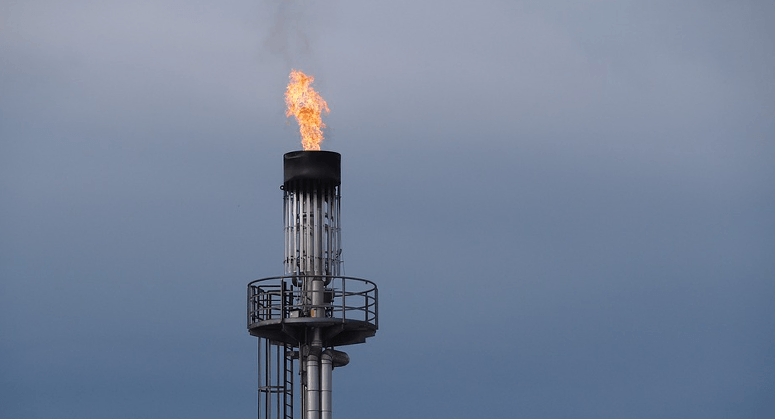 The Trump administration tried to avoid implementing the final rule's requirements. In June 2017, the EPA delayed by 90 days compliance deadlines for core elements of the 2016 NSPS for the oil and gas industry. Only two weeks later, EPA initiated a proposed rulemaking to extend that delay for two years.

A coalition of environmental groups filed an emergency motion requesting the D.C. Circuit Court of Appeals reject the proposed 90-day stay. A group of attorneys general successfully moved to intervene and joined in the motion. In an opinion released on July 3, 2017, the Court of Appeals rejected the EPA's argument, ruling that the agency could not unilaterally put off compliance deadlines in existing rules and instead must conduct a full notice-and-comment rulemaking process before it can do so. In August 2017, a coalition of state attorneys general filed extensive comments with the EPA objecting to the agency's unlawful attempt to impose the two-year delay.

In October 2018, the EPA published its proposal for rolling back the 2016 rule for reducing methane emission from new and modified sources in the oil and gas industry. The proposed rule would weaken methane leak monitoring requirements and would move away from strict limits on methane emissions. The EPA acknowledged that the proposal would result in higher emissions and degraded air quality.

In December 2018, a coalition of thirteen attorneys general filed comments opposing the proposed rule for new and modified sources of methane emissions in the oil and gas industry. The attorneys general noted that the proposal violates the Clean Air Act by failing to demonstrate that the proposal incorporates the best system of emission reduction (BSER) for new and modified sources in the oil and gas industry. The comments also stated that the proposal is unlawful because it is arbitrary and capricious insofar as EPA failed to justify its conclusion that the 2016 rule’s BSER is no longer the BSER.

In August 2019, with the agency having not yet finalized its October 2018 proposal to roll back the 2016 rule, the EPA advanced a new proposal that would eliminate any federal regulation of methane emissions from both new and existing sources in the oil and gas industry (rescission proposal). The August 2019 proposal is another attempt by the EPA to achieve the same objective: rollback of the 2016 rule. Almost immediately upon the release of the proposal, California Attorney General Xavier Becerra, Colorado Attorney General Phil Weiser, Connecticut Attorney General William Tong and New York Attorney General Letitia James vowed to challenge the EPA’s new proposed rule that would leave the largest source of methane emissions unregulated.

In November 2019, California Attorney General Becerra led a coalition of twenty-one attorneys general in filing comments opposing the August 2019 proposed rule. The attorneys general noted that the proposal violates the Clean Air Act because the EPA has a statutory obligation to regulate methane emissions from the oil and natural gas source category after it had determined that the source category contributes significantly to air pollution – including methane – that may reasonably be anticipated to endanger public health or welfare. The comments also pointed out that the proposed rule is arbitrary and capricious in violation of the Administrative Procedure Act (APA) for failing to justify rolling back the 2016 rule.

In August 2020, the EPA released its final rule eliminating any federal regulation of methane emissions from both new and existing sources in the oil and gas industry (rescission rule). On the day the final rule was released, California Attorney General Becerra released a statement committing to challenging the final rule.

In September 2020, on the day the final rule was published in the Federal Register, New York Attorney General James and California Attorney General Becerra led a coalition of twenty-one attorneys general in filing a petition for review in the D.C. Circuit challenging the lawfulness of the rule. Later that week, in separate, but related litigation, the D.C. Circuit ordered that the final rule be administratively stayed pending further order of the court as the court considered an emergency motion for stay from environmental organizations.

In September 2020, the EPA finalized the rule it had initially proposed in October 2018 for rolling back the 2016 rule. The rule finalized some of the provisions in the October 2018 proposal, amended other provisions in the proposal and dropped some provisions altogether. The final rule weakened leak mitigation requirements for compressor stations in the oil and gas industry and eliminated leak mitigation requirements for the industry’s low production wells. On the day the rule was finalized, California Attorney General Becerra led a coalition of 20 attorneys general in filing a petition for review challenging the September 2020 rule. In November 2020, the attorneys general joined a motion from environmental organizations requesting a partial stay of the rollback rule. In December 2020, the EPA filed its memorandum in opposition to the request for a partial stay of the September 2020 rollback rule from environmental organizations and attorneys general. In January 2021, the D.C. Circuit denied the motion for a partial stay of the September 2020 rule.

In October 2020, the D.C. Circuit issued an order that denied the emergency motion for stay and lifted the previously-issued administrative stay in the litigation challenging the August 2020 rescission rule. In December 2020, California Attorney General Becerra led the coalition of attorneys general in filing their opening proof brief in the litigation. The brief noted that the rescission rule’s elimination of all methane emissions controls is arbitrary and capricious as the agency failed to provide a reasoned explanation for its decision by failing to reexamine the scientific and factual record it relied on in issuing the 2016 rule. As of June 2021, the case was in abeyance.

In July 2020, a coalition of 15 attorneys general led by California Attorney General Becerra, Massachusetts Attorney General Healey, and New York Attorney General James filed a motion for summary judgment requesting that the court compel the EPA to reduce methane emissions from existing oil and natural gas operations. In their motion, the attorneys general noted that the EPA’s delay in promulgating an existing source rule is unreasonable and contrary to Congress’s expectation, endangers public health and welfare, and is a bad faith attempt to evade its statutory duty. The coalition asked the court to grant summary judgment in favor of the states, declare the EPA’s four-year delay unreasonable, and order the EPA to develop and expeditiously issue guidelines to control methane emissions from existing sources in oil and natural gas operations. The following week, Colorado Attorney General Phil Weiser filed an amicus brief in support of the motion for summary judgment.

In light of the August 2020 rescission rule for methane emissions in the oil and gas industry that would eliminate the requirement to regulate existing sources of methane emissions in the industry (discussed above), the parties requested that the briefing schedule for the motions for summary judgment be suspended. The court later vacated the pending deadlines for the motions for summary judgment.

In November 2020, the EPA filed a motion to dismiss the underlying litigation the attorneys general had first filed in April 2018.