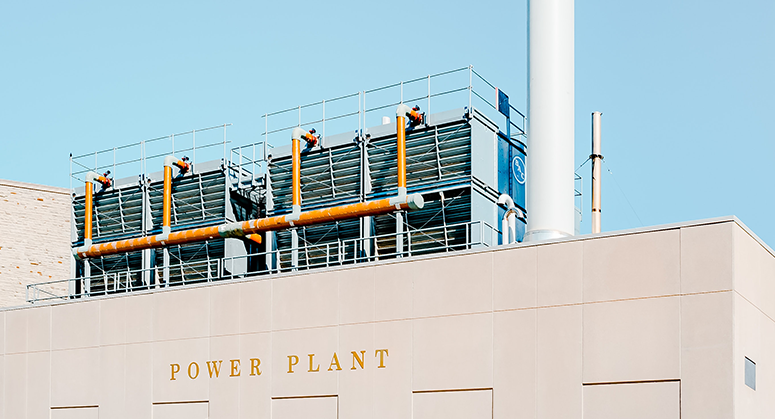 The U.S. Supreme Court confirmed, in Massachusetts v. EPA, 549 U.S. 497 (2007), that the Clean Air Act applies to greenhouse gases contributing to climate change. The courts have subsequently held that the Environmental Protection Agency (EPA) must regulate greenhouse gases following the release of its 2009 Endangerment Finding, in which the Agency determined that carbon dioxide and other greenhouse gases pose a threat to public health and the environment.

On the same day that EPA finalized the Clean Power Plan in October 2015 to restrict carbon emissions from existing fossil-fuel fired power plants, the agency released a companion rule to restrict carbon emissions from new and modified natural gas and coal plants. The New Source Performance Standards (NSPS) allows states to develop their own requirements for ensuring that individual new facilities do not exceed numerical limits on the amount of carbon each facility emits per megawatt hour of electricity.

The NSPS was immediately challenged in the D.C. Circuit Court of Appeals by states and industry groups opposed to regulating carbon emissions from new power plants. In November 2015, a coalition of 17 attorneys general led by the California attorney general successfully filed a motion to intervene in the litigation in support of the NSPS. The Minnesota attorney general intervened later in November 2015 and Virginia Attorney General Mark Herring successfully intervened in the litigation in December 2015; both intervened in support of the NSPS.

In February 2017, the coalition of 19 attorneys general led by the New York and California attorneys general filed their merits brief in support of the NSPS. The attorneys general noted that the rule fulfilled EPA’s legal obligation to regulate carbon emissions from new power plants after its 2009 Endangerment Finding. Further, the rule satisfied the Clean Air Act’s requirement that the rule’s numerical limits on carbon emissions reflect an adequately demonstrated best system of emission reduction (BSER) for carbon pollution from new natural gas and coal plants.

In March 2017, with oral argument scheduled for the following month, EPA filed a motion to hold the case in abeyance as the incoming Trump administration reviewed the 2015 NSPS and considered initiating a rulemaking process to promulgate a replacement new source standard. At the end of March 2017, the D.C. Circuit, upon considering the abeyance motion, removed the litigation from the April 2017 oral argument calendar.

The coalition of attorneys general opposed EPA’s abeyance motion in April 2017, noting that the claims of opponents of the rule were neither moot nor unripe as, even if EPA did eventually replace the 2015 NSPS, at least some of the fully briefed issues in the case would return to the D.C. Circuit. Then, new North Carolina Attorney General Josh Stein withdrew his state from the litigation; the state had been challenging the 2015 NSPS.

In January 2019, newly sworn-in Michigan Attorney General Dana Nessel withdrew her state from the litigation in which it was supporting the challenge to the 2015 NSPS. The litigation over the 2015 NSPS remains in abeyance.

In March 2019, a coalition of 21 attorneys general, led by California Attorney General Xavier Becerra, filed comments in opposition to the proposal. The attorneys general noted that the proposed rule is arbitrary and capricious in finding that the technology EPA adopted as the BSER in the 2015 NSPS – carbon capture and storage (CCS) – is no longer the BSER. The agency’s BSER analysis manipulated cost data to suggest that the cost of employing CCS is unreasonable and failed to establish that CCS is insufficiently available and accessible throughout the country to be the BSER.

In January 2021, the EPA purported to release the final version of the NSPS for carbon emissions from new and modified power plants. The action leaves the issue of BSER for NSPS for carbon emissions for a later action from the agency. Instead, relying on a footnote in the proposed rule, in which the agency solicited comments on its interpretation of “endangerment finding,” it issued a “significant contribution finding”  for source categories under the Clean Air Act.

The EPA adopted a “significant contribution finding” of three percent of total U.S. greenhouse gas emissions for sources. Under the Clean Air Act, the EPA will be required to regulate source categories - including power plants - that exceed the “significant contribution finding” threshold as EPA has determined that the source category contributes significantly to air pollution for which the EPA has issued an “endangerment finding,” a determination that the polluant will endanger public health or welfare.

EPA’s development of this final rule is likely unlawful. Soliciting comments in a footnote of the proposed rule does not represent a meaningful opportunity to comment on a proposal as required under the Administrative Procedure Act (APA) and the final rule is also not a logical outgrowth of the proposal, likely another violation of the APA.

In January 2021, California Attorney General Becerra led a coalition of 21 attorneys general in filing a petition for review challenging the lawfulness of the EPA’s January 2021 rule. In April 2021, the D.C. Circuit vacated the rule.