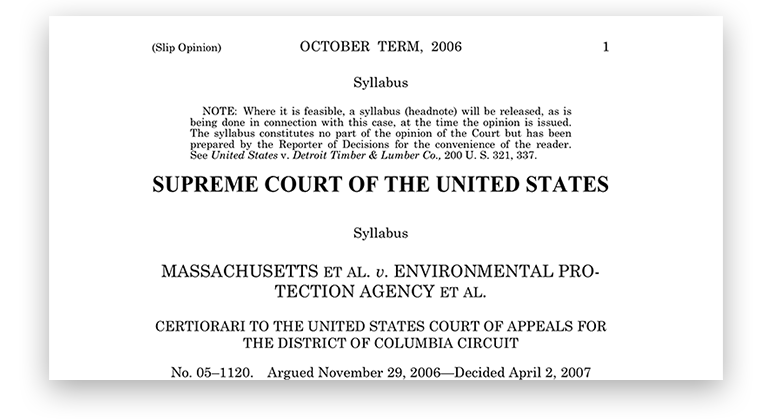 The U.S. Supreme Court confirmed, in Massachusetts v. EPA, 549 U.S. 497 (2007), that the Clean Air Act's broad definition of air pollutants covers greenhouse gases, which cause climate change. The Supreme Court also confirmed that if the EPA makes a so-called "endangerment finding," and concludes that GHGs pose a danger to human health or the environment, it must act to reduce such emissions. In 2009, the EPA issued an Endangerment Finding covering carbon dioxide and other greenhouse gases, requiring the agency to develop a plan to reduce GHG emissions.