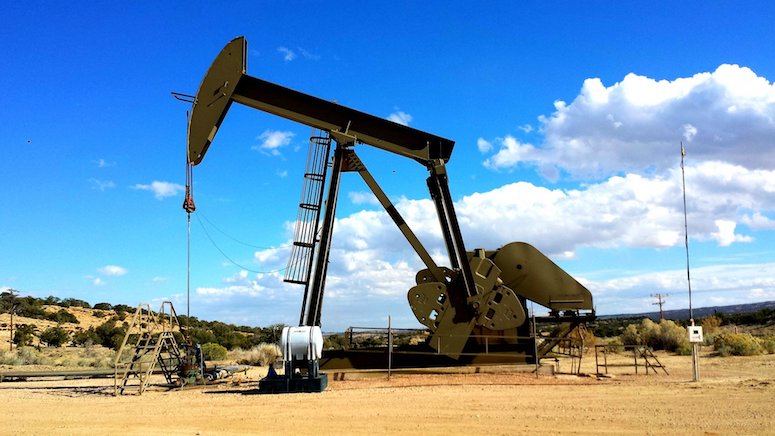 In July 2017, the City of Imperial Beach, California and the California counties of Marin and San Mateo filed separate suits in state court against fossil fuel companies. The complaints alleged that the companies’ production, promotion and marketing of fossil fuel products while concealing the known climate change impacts of their products caused the governments’ injuries. The injuries include more frequent and more severe flooding and sea level rise that threatens the governments’ public infrastructure. The local governments advance eight claims in seeking relief that includes compensatory damages, abatement of the alleged nuisance and disgorgement of profits.

In March 2018, the federal district court in the northern district of California, after ruling that the complaints were related and should be heard together, held that the local governments’ lawsuits belong in state court as the claims brought by the local governments are state law claims. That same month the defendant fossil fuel companies notified the federal district court that the companies were appealing the lower court decision to the Ninth Circuit Court of Appeals.

In January 2019, California Attorney General Xavier Becerra led a coalition of eight attorneys general in filing an amicus brief with the Ninth Circuit. The attorneys general requested that the district court decision be upheld and that the local governments be allowed to pursue their claims against the oil companies in state court.

City of Oakland and City and County of San Francisco

In September 2017, the City of Oakland and City and County of San Francisco filed separate lawsuits against large fossil fuel companies in state court. The complaints stated that the companies have produced and promoted the use of fossil fuels despite the knowledge that fossil fuels contributed to climate change-caused sea level rise, a public nuisance that will continue to injure public property and land in Oakland and San Francisco. The cities are seeking relief that would include the establishment of an abatement fund to finance infrastructure needs in Oakland and San Francisco to address sea level rise and other climate change impacts.

In February 2018, after the fossil fuel companies had removed the litigation to federal court, the federal district court in Northern California denied the cities’ motion to remand the litigation back to state court. The court ruled that public nuisance claims should be governed by federal common law. The following month, the companies filed a motion to dismiss the claims brought by Oakland and San Francisco, arguing that the public nuisance claims related to domestic greenhouse gas emissions are displaced under the federal Clean Air Act.

In May 2018, California Attorney General Becerra along with the attorneys general of New Jersey and Washington filed an amicus brief in support of the cities’ opposition to the motion to dismiss by the defendant companies. The amicus brief noted that the Clean Air Act could not displace the plaintiffs’ federal common law claims because the Clean Air Act regulates specific emissions from particular sources, not the production and marketing of fossil fuels or the defendants’ conduct outside of the United States. The following month, the judge in the northern district of California granted the motion to dismiss from the fossil fuel companies, finding that the cities’ claims were displaced under the Clean Air Act.

In August 2018, Oakland and San Francisco appealed the federal district court’s order to the Ninth Circuit Court of Appeals. In March 2019, the cities filed their opening brief in the appeal, requesting that the litigation be remanded back to the state courts as the district court lacked proper jurisdiction to hear the complaints.

In March 2019, California Attorney General Becerra led a coalition of 10 other attorneys general in filing an amicus brief in support of the cities’ efforts to hold the fossil fuel companies accountable for the production and marketing of climate change-causing fossil fuel emissions. The amicus brief noted that the cities’ complaints should have been remanded back to state court as the Clean Air Act recognizes states’ role in reducing air pollution and thus federal courts should not have exclusive jurisdiction over climate change cases.

In November 2018, former New York Attorney General Barbara Underwood led a coalition of nine attorneys general in filing an amicus brief in support of the City’s appeal of the lower court decision. The brief noted that claims similar to the City’s are not displaced by federal common law as Supreme Court case law does not support the conclusion that tort lawsuits related to harms stemming from greenhouse gas emissions are categorically outside the purview of state common law.

In February 2019, the fossil fuel companies filed their opening brief in the appellate litigation, arguing that the Second Circuit should affirm the lower court’s dismissal of the City’s claims. In the following month, March 2019, the City of New York filed its reply brief to the defendants’ opening brief.

In 2018, the Mayor and City Council of Baltimore filed a lawsuit against major oil companies in state court. The complaint alleged that the oil companies contributed to climate change by extracting, producing, promoting and selling fossil fuels, while deceiving the public about the known harms of fossil fuel products. Baltimore brought eight state law claims against the oil companies for the injuries – including rising sea levels and an increase in extreme weather events – the City has suffered as a result of climate change.

In July 2018, two of the defendant oil companies filed a notice of removal action to remove the litigation to federal district court in Maryland. Baltimore, in response, filed a motion to remand the lawsuit back to state court to properly hear the City’s state law claims. In June 2019, the federal district court in Maryland ruled that removal of the litigation to federal court was improper and granted Baltimore’s remand motion.

That same month the defendant oil companies appealed the district court ruling to the Fourth Circuit Court of Appeals. In September 2019, Maryland Attorney General Brian Frosh led a coalition of nine attorneys general in filing an amicus brief in support of Baltimore’s efforts to uphold the district court’s order remanding the case to state court. The amicus noted that reversing the district court’s order would be improper as Baltimore’s claims do not raise any federal issue, do not inherently arise under federal common law and are not preempted by the federal Clean Air Act.

In March 2020, the Fourth Circuit ruled in favor of Baltimore and upheld the district court’s order remanding the litigation back to state court. The court held that federal jurisdiction was improper because the defendant oil companies failed to show that federal officials had controlled their output of fossil fuels.

In November 2020, the oil companies filed their brief in the Supreme Court litigation, arguing that the City’s claims should be heard in federal court. A week later, the Trump administration filed an amicus curiae brief in support of the position of the defendant oil companies.

In December 2020, New York Attorney General Letitia James and Rhode Island Attorney General Peter Nerohna led a coalition of 20 attorneys general in filing an amicus brief with the Supreme Court in support of the City of Baltimore’s lawsuit. The attorneys general urged the Supreme Court to uphold the Fourth Circuit’s decision as the court properly limited its review of the district court decision to the question of federal-officer removal or civil rights jurisdiction. The brief also noted that nearly every other circuit court of appeals who had considered the question presented to the Fourth Circuit has adopted a holding similar to that of the Fourth Circuit in the City of Baltimore litigation.

Oral arguments were held in January 2021. In May 2021, the Supreme Court ruled that the oil companies could seek review of all the issues in the remand decision and sent the case back to the Court of Appeals.