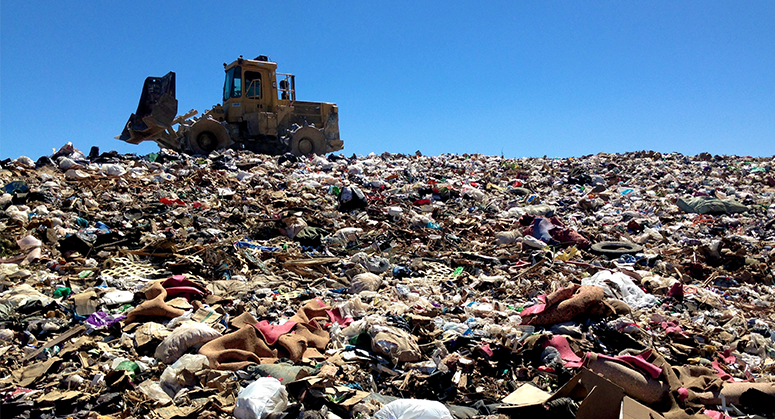 The atmospheric warming potential of methane gas is roughly 28 times that of carbon dioxide, based on its lifespan and ability to absorb energy. Municipal landfills are the third largest source of human-related methane emissions nationally.

In August 2016, the Environmental Protection Agency (EPA) issued a final rule to reduce methane emissions from municipal landfills. The regulation became effective in October 2016, but the EPA has not enforced it and has moved to delay implementation of the rule.

In March 2018, California Attorney General Xavier Becerra along with attorneys general from six other states sent a 60-day notice of intent to sue to the EPA for its failure to enforce the landfill methane regulation.

Following the expiration of the 60-day notice period, Attorney General Becerra and attorneys general from seven other states filed a lawsuit to compel the EPA to implement and enforce the landfill methane regulation. The suit is based on the EPA’s failure to (1) respond by September 30, 2017 to states that timely submitted plans to implement the regulation; and (2) impose federal plans on non-complying states by November 30, 2017.

In December 2018, a federal district judge in California denied EPA’s motion to dismiss the lawsuit, allowing the litigation over the EPA’s failure to implement and enforce the 2016 rule to continue. In January 2019, a coalition of attorneys general and environmental organizations filed a motion for summary judgment, insisting that the court instruct the EPA to perform its nondiscretionary duty and enforce the 2016 rule.

The federal district court judge in California, in May 2019, sided with the attorneys general in ruling on their motion for summary judgment. The court found that EPA had failed to comply with its nondiscretionary duty to implement the August 2016 final rule as required by the Clean Air Act. The court issued an injunction ordering the EPA to act on timely submitted state implementation plans by September 6, 2019 and finalize a federal plan for non-complying states by November 6, 2019.

In November 2019, the California federal district court sided with the attorneys general in denying the EPA’s motion. The district court found that the legal prerequisites for amending the May 2019 order were not met. The agency had undisputedly violated its responsibility to implement the August 2016 final rule by issuing a new final rule to reset its non-discretionary deadline, rather than remedy the violation that the court identified in its May 2019 order.

In November 2019, the EPA filed a motion to stay the court’s order from earlier that month denying the EPA’s August 2019 motion pending appeal of the denial to the Ninth Circuit Court of Appeals. The following month, California Attorney General Becerra led a coalition of eight attorneys general in opposing the agency’s motion for stay pending appeal. The EPA filed its notice of appeal to the Ninth Circuit later in December 2019 before the federal district court in California denied the agency’s motion for a stay pending appeal as the court found that the EPA had not satisfied the factors necessary for securing a stay.

In January 2020, the Ninth Circuit issued an order granting the EPA’s motion for stay pending appeal. The next month, the EPA filed its opening brief in the Ninth Circuit appeal of the federal district court’s November 2019 ruling denying the EPA’s August 2019 motion that the district court should amend its May 2019 order and vacate the requirement that the EPA promulgate a federal compliance plan by November 6, 2019. In March 2020, California Attorney General Becerra led the coalition of attorneys general in partnering with the environmental organizations in filing its brief in the appellate litigation, noting that the district court applied the correct legal standard in its November 2019 ruling and that the court had not abused its discretion in denying the EPA’s requested relief. Oral arguments were held in the litigation in July 2020.

Back in the federal district court in California, in December 2020, the coalition of attorneys general and an environmental organization filed a motion for a stay pending resolution of the  related D.C. Circuit proceeding. Specifically, the plaintiffs requested that the court stay - rather than vacate - its injunction against the EPA until the D.C. Circuit completes its review of the EPA’s 2019 rule (below), which pushed back the deadline for states to submit compliance plans until August 2019.

In October 2018, the EPA published a proposed rule that would push back the deadline for states to submit their plans to comply with the October 2016 rule to reduce methane emissions from landfills. Originally states had to submit compliance plans by May 30, 2017 – but the EPA did not enforce that requirement – and under the proposal states would not be required to submit compliance plans until August 29, 2019.

In November 2018, a representative of Maryland Attorney General Brian Frosh testified in opposition to the EPA’s landfill methane emissions proposed delay rule at the public hearing on the proposal. The testimony noted that the EPA had provided no legal basis for justifying an extended, additional delay on top of its ongoing failure to enforce the August 2016 rule.

In January 2019, Attorney General Becerra filed comments on the proposed delay rule on behalf of a coalition of nine attorneys general. The comments noted that the proposal is unlawful because it violates the EPA’s responsibility under the Clean Air Act to reduce emissions that endanger human health and the environment as landfills are the third largest source of methane, a potent climate change-causing greenhouse gas. The attorneys general also pointed out that the EPA failed to provide a reasoned justification for delaying implementation of the landfill methane emissions rule.

In August 2019, the EPA finalized its October 2018 proposal, pushing back the deadline for states to submit their own state compliance plans to the EPA until August 29, 2019.

In October 2019, California Attorney General Becerra led eight states in filing a petition for review in the D.C. Circuit Court of Appeals, challenging the August 2019 rule pushing the deadline for states to submit their compliance plans to the EPA until August 29, 2019. In August 2020, after the lawsuit had been consolidated with other pending litigation challenging the August 2019 rule, Attorney General Becerra led the state coalition in partnering with the Environmental Defense Fund to file the petitioners’ joint proof brief. The brief noted that the August 2019 rule violates the Clean Air Act in failing to take swift and aggressive action to reduce harmful emissions by extending the deadlines for complying with the EPA’s rules for limiting methane pollution from landfills. After the change in administration, the Biden administration filed a motion for voluntary vacatur and remand, which the court granted.