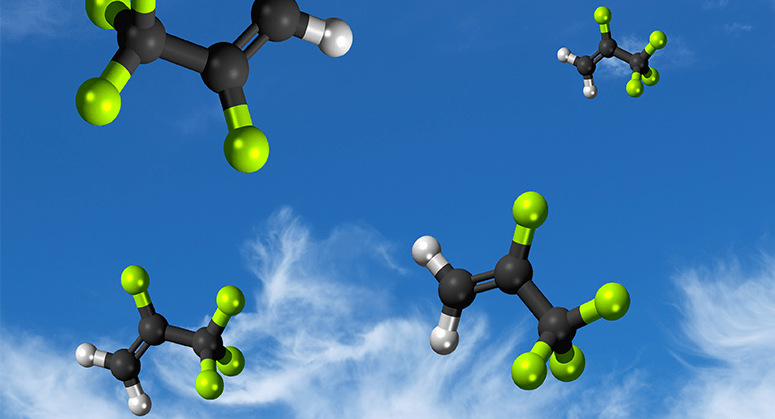 Hydrofluorocarbons (HFCs) are potent greenhouse gases that are used primarily in refrigeration and air conditioning systems. The Environmental Protection Agency (EPA) and leading companies have identified the availability of safer alternatives that do not have HFCs' adverse climate effects. Following a formal rulemaking process that confirmed the feasibility of HFC substitutes, the EPA prohibited the use of HFCs in certain products in a rule that was finalized in 2015. Attorneys general have insisted in the courts, rulemaking processes, and in Congress that the Agency reduce HFC emissions.

Urging Reversal of a Decision Tossing the 2015 Rule

The HFC rule was challenged in court and, in August 2017, the D.C. Circuit Court of Appeals issued a split decision holding that the EPA did not have the authority under Title VI of the Clean Air Act to stop manufacturers from using damaging HFCs in their products. The rule was remanded to the EPA for further proceedings. A coalition of 10 state attorneys general filed an amicus brief requesting that the full Court of Appeals rehear the case, given the national and international ramifications of the split decision on the Clean Air Act's authority to address this important climate change issue.

In January 2018, the D.C. Circuit denied the en banc hearing request. In July 2018, Massachusetts Attorney General Maura Healey and a coalition of 17 other attorneys general filed an amicus brief in support of a petition by chemical producers and national environmental groups requesting Supreme Court review of the D.C. Circuit’s decision. The brief argues that the petition should be granted because the decision undermines states’ ability to effectively reduce human health and environmental risks while disregarding the plain text of the Clean Air Act. In October 2018, the Supreme Court declined to review the D.C. Circuit decision, denying the petition for certiorari by chemical producers and national environmental groups.

Following the D.C. Circuit’s denial of the en banc hearing request on the 2015 rule in January 2018, the EPA, in April 2018, issued a guidance document stating that it would not enforce the 2015 rule and instead would initiate a notice-and-comment rulemaking process in response to the remand. In June 2018, New York Attorney General Barbara Underwood and a coalition of 11 attorneys general filed suit against the EPA for effectively rescinding the 2015 rule by declining to enforce the rule. The suit points out that the EPA unlawfully adopted the non-enforcement policy through guidance rather than the notice-and-comment process as required by law.

In April 2020, the D.C. Circuit ruled in favor of the attorneys general in finding that the EPA’s 2018 guidance document was a rule that was improperly issued without adhering to notice-and-comment requirements. Consequently, the court vacated the guidance document and remanded the matter to EPA for further proceedings consistent with the court’s decision.

In April 2020, now New York Attorney General Letitia James led a coalition of 11 attorneys general in submitting a letter to the Senate Environment and Public Works Committee in support of legislation that would reduce HFC emissions. The letter expressed support for the American Innovation and Manufacturing Leadership Act, which would facilitate the phase out of HFCs. The attorneys general wrote that adoption of the legislation would ensure that the U.S. joins the global effort to phase down HFCs, providing enormous climate benefits through reduction of climate change-causing emissions and creating over 30,000 American manufacturing jobs by producing HFC-free refrigeration and air conditioning systems.

In December 2020, Congress passed a spending and COVID-19 relief package, which included measures to phase down HFCs. The measures, originally introduced as the American Innovation and Manufacturing (AIM) Act and agreed to in September 2020, will phase down production and use of HFCs by 85 percent over 15 years. The compromise language also includes a narrow clause that preempts new state regulations for certain uses of HFCs for five years if replacements for certain applications do not become widely available.

In October 2018, the EPA published a proposed rule rolling back appliance maintenance and leak repair requirements for equipment using HFC refrigerants hat had been adopted via a 2016 rule. The EPA justified its proposal on a modest reduction on industry compliance costs, while downplaying the increase in HFC emissions.

In November 2018, Massachusetts Attorney General Healey and California Attorney General Xavier Becerra led a coalition of sixteen attorneys general in submitting comments on the proposed HFC refrigerant rule. The comments called the proposed rule arbitrary and capricious because the proposal lacks a rational connection between the facts and the EPA’s decision to relax HFC emissions.

In March 2020, the EPA, ignoring the objections of the attorneys general, finalized the rule, rolling back maintenance and leak repair requirements for appliances using HFC refrigerants. Two months later, in May 2020, New York Attorney General James led a coalition of eleven attorneys general in filing a petition for review challenging the lawfulness of the March 2020 final rule.

In October 2020, the coalition of attorneys general led by New York Attorney General James and an environmental nonprofit filed their initial opening brief challenging the March 2020 rule. The brief noted that the March 2020 rule impermissibly rests on EPA’s mistaken conclusion that the Clean Air Act did not support the issuance of the 2016 rule, which the agency claimed mandated the rollback of the 2016 rule. Instead, EPA’s 2016 rule was a reasonable interpretation of the Clean Air Act that furthered the purpose of the relevant Clean Air Act provision. Accordingly, the attorneys general stated that the rollback rule must be vacated because it relied on an erroneous legal conclusion.

In December 2020, the EPA filed its proof brief in the litigation. The EPA argued that it reasonably concluded that the Clean Air Act did not provide it with the authority to issue the 2016 rule, while its March 2020 rule is consistent with the text of the Clean Air Act.