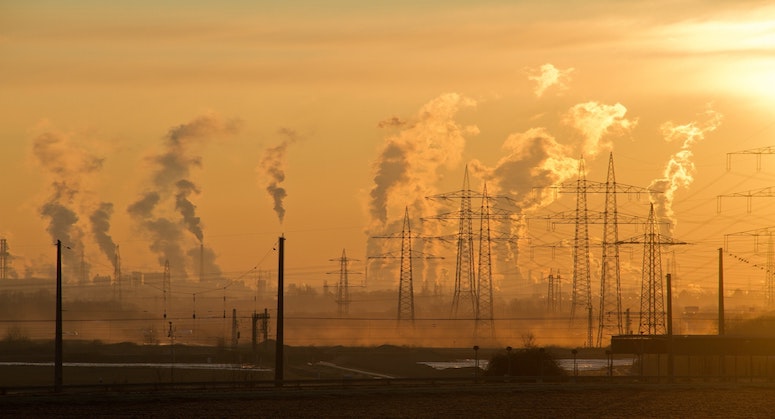 The U.S. Supreme Court confirmed, in Massachusetts v. EPA, 549 U.S. 497 (2007), that the Clean Air Act applies to greenhouse gases contributing to climate change. The courts have subsequently held that the Environmental Protection Agency (EPA) must regulate greenhouse gases following the release of its 2009 Endangerment Finding, in which the Agency determined that carbon dioxide and other greenhouse gases pose a threat to public health and the environment.

In February 2016, the Supreme Court stayed the Clean Power Plan, halting it from formally going into effect while a new round of legal challenges were being resolved by the D.C. Circuit Court of Appeals. State attorneys general successfully opposed the Trump administration’s repeal and replacement of the Clean Power Plan with the so-called Affordable Clean Energy (ACE) rule. The ACE rule was vacated and remanded back to the EPA in Janurary 2021.

In December 2017, the EPA issued an advanced notice of proposed rulemaking to solicit information from the public about a potential future rule to reduce carbon emissions from fossil-fueled power plants. In February 2018, 19 attorneys general filed comments opposing the EPA's proposed rulemaking to possibly replace the Clean Power Plan, as the EPA's proposed narrow view of its authority under the Clean Air Act is contrary to the law, and the possible rulemaking will prevent the EPA from taking immediate action to address climate change.

In August 2018, the EPA released its proposal for rolling back the Clean Power Plan with a significantly watered down replacement rule, the so-called “Affordable Clean Energy” rule. The proposed replacement rule is based on a narrow and restrictive interpretation of the EPA’s authority under the Clean Air Act to meet its legal obligation after Massachusetts v. EPA to reduce carbon emissions. Consequently, the plan will achieve minimal reductions in carbon emissions because it requires only marginal efficiency improvements at individual coal plants. Additionally, the proposal denies states the flexibility to produce state-led plans to cost-effectively reduce carbon emissions from across the power sector. The day that the EPA released its proposal, the attorneys general of California, Illinois, Iowa, Massachusetts, Maryland, New York, and Virginia released statements expressing their opposition to the proposal and vowed to continue to defend the Clean Power Plan.

In September 2018, the EPA announced it would hold one public hearing in Chicago, Illinois on its Clean Power Plan replacement plan, and that it had extended the comment period on the replacement plan by one day, to October 31, 2018. Within a week, 21 attorneys general requested that the EPA extend the comment deadline by 60 days to provide states sufficient time to comment on the complex and important proposal. The letter from the attorneys general also requested that residents of their states be provided the opportunity to comment on the proposal by holding additional public hearings in major geographic areas of the country, including in California, North Carolina, the mid-Atlantic, the Northeast and the Pacific Northwest.

On October 31, a coalition of 19 state attorneys general led by New York Attorney General Barbara Underwood submitted comments to the EPA calling for the Agency to drop its proposed rule. The attorneys general noted that the EPA’s proposed rule is “replete with factual inaccuracies, analytical errors, and legal flaws and, accordingly, concludes that the rule – if adopted – would be unlawful.” In a press release associated with the filing of the comments, Attorney General Underwood promised that “if the Administration adopts this grossly illegal rule, my office will work with our state and local partners to file suit to block it.”

In December 2018, a coalition of twenty attorneys general sent a letter to EPA Administrator Wheeler, requesting that EPA withdraw the Clean Power Plan replacement rule in light of the Fourth National Climate Assessment. The National Climate Assessment, released in November 2018 makes clear that action is needed now to reduce climate change- causing greenhouse gas emissions in order to avoid the worst effects of climate change. At a minimum, the letter urged EPA to reopen the comment period for the replacement plan to allow for public input on and adequate consideration of the Assessment’s findings. Ten days later the coalition submitted a copy of the National Climate Assessment to the rulemaking record for the proposed Clean Power Plan replacement rule and highlighted parts of the Assessment that support the coalition’s submitted comments on the proposed rule.

In June 2019, the EPA finalized its so-called Affordable Clean Energy rule. The final rule formalized the repeal of the Clean Power Plan, which would have reduced carbon emissions as mandated by the Clean Air Act and the Supreme Court in Massachusetts v. EPA.

As it had done in the August 2018 proposed rule, the EPA relied on a narrow, restrictive and unsupportable interpretation of the agency’s authority under the Clean Air Act, choosing to ignore the growth and potential of clean energy in determining the best system for reducing coal pollution.  The final rule requires only marginal efficiency improvements at individual coal plants and states will no longer have the flexibility to cost-effectively reduce carbon emissions from coal facilities within their states. EPA admitted that the final rule would require the expenditure of nearly a billion dollars in annual costs, while leaving the level of carbon emissions largely unchanged.

The petition of review was consolidated with other challenges to the so-called Affordable Clean Energy rule by public health groups and coal power plants. In October 2019, the coalition of 23 attorneys general filed a motion to intervene in the challenges brought by power companies to protect the EPA’s authority under section 111 of the Clean Air Act to regulate greenhouse gas emissions from existing power plants. The coal companies are challenging the legal authority – section 111 of the Clean Air Act – upon which the EPA relied on to issue the Clean Power Plan in 2015.

In April 2020, the coalition of attorneys general filed their opening brief in the litigation in the D.C. Circuit. The attorneys general noted that repealing the Clean Power Plan undercuts the Clean Air Act’s objective of reducing pollution and that replacing it with the so-called Affordable Clean Energy rule is unlawful. The coalition highlighted that the ACE rule achieves only trivial emissions reductions, while increasing carbon emissions and other pollutants in more than a dozen states; imposes rigid restrictions on state compliance plans; and exempts existing gas-fired plants from carbon emissions regulation altogether.

In October 2020, the D.C. Circuit heard oral arguments on the challenge brought by the attorneys general against the ACE rule. In January 2021, the D.C. Circuit sided with the attorneys general in issuing an opinion that vacated the ACE rule and remanded the rule back to the EPA to develop a new rule consistent with the Clean Air Act that will reduce carbon pollution from power plants. The court rejected the EPA’s argument that it had to repeal the Clean Power Plan and promulgate the replacement ACE rule, finding that the agency had mistakenly interpreted its authority under section 111 of the Clean Air Act to regulate carbon emissions from power plants as much narrower than the agency’s actual authority under the statute.