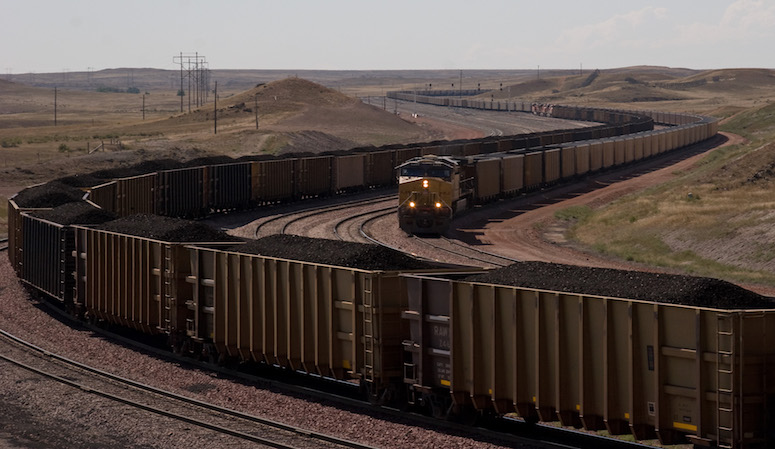 In 2017, the Washington Department of Ecology denied a permit for the construction of a coal export terminal near the Columbia River because of the project’s significant and unavoidable adverse environmental impacts. In January 2018, Lighthouse Resources, the company that sought the construction permit, brought a claim against the Department of Ecology for the denial of the permit. The suit asserts that denying the permit unconstitutionally discriminates against Lighthouse’s efforts to ship coal mined in Wyoming and Montana to Asia from the proposed export terminal in Washington, and that the Department’s decision is preempted by federal law.

Washington Attorney General Bob Ferguson has defended the Department of Ecology’s denial of the permit. In August 2018, he filed a motion for summary judgement to dismiss Lighthouse’s preemption claims because the relied-upon federal statutes are not applicable to the proposed coal export terminal. That same month, a coalition of six attorneys general filed an amicus brief in support of Washington’s motion to dismiss the federal preemption claims. In December 2018, a federal district court judge sided with Washington Attorney General Ferguson and the six attorneys general who filed a supportive amicus brief, in dismissing the preemption claims against the state of Washington.

In the following month, January 2019, Washington Attorney General Ferguson filed a motion to dismiss the claim that the denial of the permit is preempted by the foreign affairs doctrine. Under the foreign affairs doctrine, state laws that intrude upon the federal government’s exclusive authority to conduct foreign affairs are preempted through either conflict or field preemption. The Washington motion noted that foreign affairs conflict preemption could not be established because the Department of Ecology acted pursuant to authority delegated to the agency under the Clean Water Act and there was no identified federal policy with which the Department’s action conflicts. Additionally, field preemption did not exist because the state of Washington was exercising its traditional responsibilities for managing natural resources and had not intruded upon the federal foreign policy domain.

In February 2019, Washington Attorney General Ferguson filed a motion to dismiss Lighthouse’s claim that the denial of the permit unconstitutionally discriminates against the company’s efforts to ship coal out of Wyoming and Montana to Asia. The attorney general noted that the denial does not place an undue burden on interstate or foreign commerce because Congress, in adopting the Clean Water Act, authorized states, including Washington, to deny federal permits if states conclude that a proposed project will harm local water quality. A coalition of six attorneys general filed an amicus brief in support of Washington’s motion to dismiss the Commerce Clause claims.

In April 2019, the federal district court judge in Washington sided with Washington Attorney General Ferguson in dismissing the foreign affairs preemption claims. The judge held that there was no conflict preemption as the plaintiff that asserted the claim could point to no express executive policy that conflicted with Washington’s denial of the permit and that there was no field preemption as the state was acting in an area of traditional state responsibility in managing its natural resources.

In August 2019, in the state litigation, the Washington Court of Appeals sided with Attorney General Ferguson in overturning a lower court ruling that the Department of Ecology’s denial of the permit was arbitrary and capricious. The court found that Lighthouse’s refusal to provide requested financial information and the Department of Ecology’s concerns about Lighthouse’s “financial condition and business reputation” were legitimate reasons for denying the permit.

In December 2019, in the Ninth Circuit litigation, Washington Attorney General Ferguson filed Washington’s brief urging the court to uphold the district court’s April 2019 stay of the federal court litigation and the December 2018 dismissal of Lighthouse’s preemption claims. Attorney General Ferguson noted that Washington’s denial of the permit was a lawful exercise of its authority to protect public health and welfare as the project would have adverse impacts on the state’s water and air quality. The following month, a coalition of six attorneys general filed an amicus brief in support of Washington, requesting that the Ninth Circuit uphold the district court’s dismissal of the federal preemption claims against the state of Washington.

In January 2020, as the Ninth Circuit litigation continued, Montana and Wyoming filed a motion with the Supreme Court for the Court to review Washington’s permit denial on the basis of the Court’s original jurisdiction over “cases and controversies” between states. In their petition, Montana and Wyoming asserted that Washington’s denial of the permit unconstitutionally discriminated against Montana’s and Wyoming’s interest in transporting coal mined in their states to Asia, via Washington State, allegedly violating the dormant Commerce Clause and the Foreign Commerce Clause.

In March 2020, the Washington State Court of Appeals sided with Attorney General Ferguson in upholding the denial of shoreline construction permits for the coal export facility.

In June 2020, Attorney General Ferguson submitted a brief in opposition for leave to file a complaint with the Supreme Court. The brief asserts that the basis of the dispute is the denial of a permit application submitted by a single private company and thus is not properly the subject of the Court’s original jurisdiction. Additionally, the brief states that Montana’s and Wyoming’s claims are meritless as Washington acted on valid environmental concerns in denying the permit.

Oral arguments in the Ninth Circuit litigation were held in October 2020.

A judge in federal district court in California in May 2018 found that Oakland had violated the terms of its agreement with OBOT, but declined to rule on the constitutional and statutory claims raised by OBOT. The following month, the City notified the district court that it was appealing the decision to the Ninth Circuit. California Attorney General Xavier Becerra filed an amicus brief in support of City of Oakland in December 2018. The brief noted that the City had not breached its contract with OBOT as the City could not delegate its police power authority to protect the citizens of West Oakland from the harm caused by the handling and transporting of coal at the port.

In May 2020, the Ninth Circuit affirmed the decision of the district court and will not allow Oakland to bar the export of coal from OBOT. In July 2020, California Attorney General Becerra filed an amicus brief in support of Oakland’s petition for an en banc review of the May 2020 decision. The following month, the Ninth Circuit denied Oakland’s petition for en banc review.