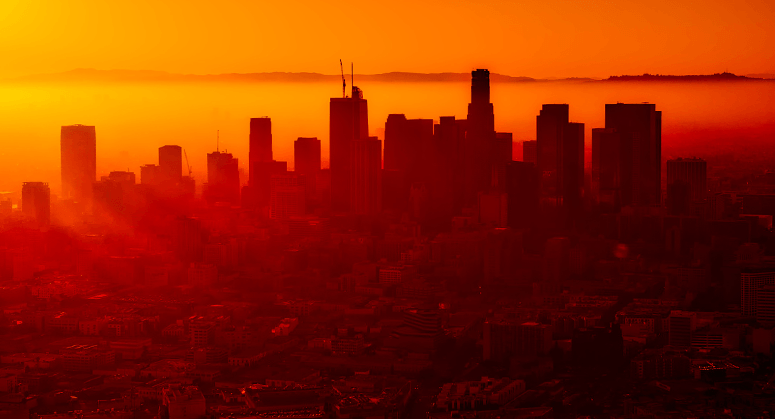 Ground-level ozone is produced by the reaction of nitrogen oxides and volatile organic compounds in sunshine. High ozone levels cause smog which, in turn, can directly cause asthma and other adverse human health effects. In 2015, the Environmental Protection Agency (EPA) revised downward the allowable level of ozone in America's skies from 75 to 70 parts per billion (70 ppb).

The EPA has delayed enforcing ozone requirements under the final rule, including its obligation to identify areas of the country that do not meet ozone air quality standards (so-called "non-attainment designations"). Over the EPA's opposition and in response to weakened EPA support for the 2015 smog rule, seven attorneys general also successfully moved to intervene in July 2017 in ongoing litigation brought by industry challenging the 2015 standard.

In August 2018, the EPA waved the white flag in the face of state attorneys general’s joinder of the 2015 ozone suit. The agency informed the D.C. Circuit Court of Appeals that it does not intend to revisit the 2015 rule. The D.C. Circuit heard oral arguments in the 2015 ozone litigation in December 2018.

In August 2019, the D.C. Circuit sided with the attorneys general. The court found that a grandfathering provision in the 2015 rule that exempted sources from complying with the 70 ppb standard, if the sources had completed applications for preconstruction permits before the 2015 rule was adopted, was prohibited under the clear language of the Clean Air Act.

In early 2017, Congress introduced a bill to delay compliance with ozone air quality standards (the Ozone Standards Implementation Act). In April 2017, a coalition of state attorneys general delivered a joint statement to Congress expressing strong opposition to the legislation.  The proposed legislation did not pass.

In June 2017, EPA Administrator Scott Pruitt sought to push back the October 2017 deadline for identifying ozone non-attainment areas until October 2018 on the grounds that the EPA needed to collect more information to make final decisions.

In August 2017, New York Attorney General Eric Schneiderman and a coalition of 16 attorneys general sued the EPA in the District of Columbia Court of Appeals for illegally delaying the designations. The next day, the EPA abruptly reversed course and announced it was withdrawing the designations delay, although it remained equivocal on whether it would meet the October 1, 2017 deadline. That deadline passed without the EPA making the required non-attainment designations, in violation of the Clean Air Act.

A few days later, a coalition led by state attorneys general notified the EPA of its intention to sue if the agency failed to correct the violation within 60 days. In November 2017, EPA issued designations for some areas of the country, but failed to make any "non-attainment" area designations, which are the designations that trigger smog reduction measures to improve air quality and to comply with the ozone standards.

In December 2017, the D.C. Circuit Court, in litigation consolidated (“consolidated litigation”) with the states’ August 2017 lawsuit, ordered the EPA to spell out the timetable for remaining compliance decisions related to its 2015 ground-level ozone standard. The order instructed agency officials to report "with precision and specificity" when the EPA would issue a final rule to set remaining designations for the 70 parts per billion standard.

In May 2018, New York Attorney General Barbara Underwood and 14 other attorneys general filed a response in the consolidated litigation challenging EPA’s failure to issue ozone designations. The response to the EPA’s status report to the court in the litigation noted that the EPA, contrary to its claims, had not completed all steps regarding nonattainment area designations because the designations were not yet effective as they had not been published in the Federal Register. Consequently, the attorneys general asked the D.C. Circuit to vacate the EPA’s June 2017 one-year extension of the ozone designation process and to deny the EPA’s request to moot the August 2017 litigation.

In June 2018, the D.C. Circuit sided with the attorneys general and ordered the EPA to file a status update on the ozone designations by July 31, 2018.

In January 2019, the D.C. Circuit, stating that the notice extending the deadline for EPA to promulgate ozone designations had been withdrawn and that EPA had issued final designations, dismissed the states’ challenge in the consolidated litigation to EPA’s failure to timely issue ozone status designations. The court found that it could no longer provide an “effective remedy” because the states had “already obtained all the relief” sought and that their claims were moot.

Within a week of the release of the April 2018 non-attainment designations, Illinois Attorney General Lisa Madigan announced her intention to file a lawsuit challenging the EPA’s decision that Wisconsin’s Racine County is an ozone attainment area, despite data indicating that it should be classified as in a non-attainment area because the area exceeds the 70 parts per billion ozone standard. If it stood, the EPA’s designation would have allowed Foxconn, which had stated its intention to build a large manufacturing plant in the County, to avoid installing emissions controls. Attorney General Madigan followed through and filed suit challenging the EPA’s ozone attainment decision in August 2018. In May 2019, the EPA requested that the D.C. Circuit, which is hearing Illinois’s challenge of the EPA’s Racine County designation decision, remand the matter back to the agency in order to review the designation and possibly revise it.

In July 2020, the D.C. Circuit released a decision on the merits of the EPA’s attainment/non-attainment designations in a slew of states. In a complicated decision, the court sided with the Illinois attorney general in concluding that EPA’s designation for Wisconsin’s Racine County as an attainment area was arbitrary and capricious in violation of the Administrative Procedure Act (APA). The Racine County designation was remanded to the EPA, which was directed to complete the designation “as expeditiously as practicable.”

The Clean Air Act requires the EPA to review the public health impacts of ozone and other pollutants every five years and set an ambient threshold to protect public health and welfare. In August 2020, the EPA released a proposed decision to retain the existing National Ambient Air Quality Standards (NAAQS) for ozone. Since the last review of the ozone NAAQS was completed in 2015, new data and scientific research has emerged on the negative impacts of ozone. Numerous epidemiological studies and several reviews from health and environmental agencies have found that short-term exposure to ozone pollution is associated with increased mortality and numerous other medical conditions.

In September 2020, a coalition of 14 attorneys general led by New York Attorney General Letitia James submitted comments in opposition to the proposal. The coalition highlighted that leaving the standards unchanged will be particularly harmful to environmental justice communities, who bear a disproportionate burden of the public health impacts of ozone pollution. The attorneys general emphasized that their states have an interest in protecting minority, low-income, and indigenous communities from the disparate impacts of air pollution, but are unable to do so without reliable standards in place.

The coalition also highlighted changes to the NAAQS review process the EPA made in 2018 that undermine the scientific credibility of the agency’s analysis by arbitrarily excluding scientific experts, truncating and eliminating important steps, reducing transparency and curtailing opportunities for public input. The attorneys general emphasized that the EPA failed to provide any explanation for the changes to the review process, which collectively render the agency’s proposal to retain the existing standards arbitrary and capricious.

In December 2020, the EPA finalized its decision to retain current standards for ozone pollution, failing to protect the health of people suffering from exposure to the dangerous pollutant. In Junuary 2021, a coalition of 16 attorneys general led by New York Attorney General James filed a petition for review challenging the decision as unlawful, arbitrary, and capricious. As of June 2021, the litigation was in abeyance.