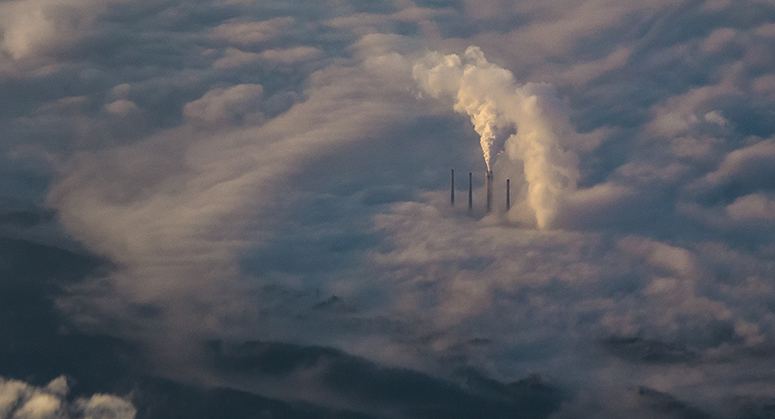 In 2012, the Environmental Protection Agency (EPA) published a rule to regulate emissions of mercury, acid gases and other toxic pollutants from power plants as “appropriate and necessary” under the Clean Air Act. The Mercury and Air Toxics Standards (MATS) rule places limits on the emissions of these hazardous pollutants (HAPs) that can cause damage to the brain, nervous system, and developing fetuses. Reductions of HAPs also reduce emissions of other harmful pollutants including, most significantly, large quantities of particulate matter, generating additional, health-based co-benefits.

In April 2016, states and industry groups opposed to the MATS rule challenged the supplemental finding in the District of Columbia Circuit Court of Appeals. Following the change in administrations, EPA requested that the District of Columbia Circuit delay oral arguments that were scheduled for May 2017 to facilitate a regulatory reexamination of the 2016 supplemental finding. Massachusetts Attorney General Maura Healey led a coalition of 17 attorneys general, which had intervened in the litigation, in opposing the continuation request, noting that EPA had not provided any basis for an unlimited continuance of the litigation. In April 2017, the District of Columbia Circuit granted EPA’s request for a continuation and placed the case in abeyance as EPA reviewed the 2016 supplemental finding.

In January 2019 and March 2019, newly sworn-in Michigan Attorney General Dana Nessel and Wisconsin Attorney General Josh Kaul withdrew their states, respectively, from the litigation in which they were part of the coalition of states and industry groups challenging the 2016 supplemental finding.

In May 2020, the coal company Westmoreland Mining Holdings filed a lawsuit challenging the EPA’s 2016 revised finding. In June 2020, Massachusetts Attorney General Healey led a coalition of sixteen attorneys general in filing a motion to intervene to defend the standards. The attorneys general intervened in the litigation because they believed the EPA could not be expected to faithfully defend the standards in court given the agency’s new stance on the appropriateness of MATS.

Opposing Attempts to Weaken MATS through the Regulatory Process

In February 2019, as litigation over the 2016 supplemental finding remained in abeyance, EPA released a proposed rule that sought to reverse the finding that it is “appropriate and necessary” for EPA to regulate HAPs from power plants under the Clean Air Act. In its proposed rule, EPA claimed that the Clean Air Act does not allow EPA to consider benefits associated with reducing particulate matter emissions when evaluating whether to regulate HAPs under the Act. Based on its exclusion of co-benefits from the rule’s cost-benefit analysis, EPA asserted that it is no longer “appropriate and necessary” to regulate mercury, acid gases and other toxic pollutants insofar as the rule’s costs would outweigh its rejiggered benefits.

In March 2019, a representative of Massachusetts Attorney General Maura Healey testified in opposition to EPA’s proposed rule at EPA’s public hearing on the proposed rule. The testimony noted that failing to consider all of the costs and benefits associated with reducing power plant pollution would violate the purposes of the Clean Air Act and fundamental economic principles. The testimony also noted that EPA has no legal authority to reverse the “appropriate and necessary” finding as the Clean Air Act only allows the agency to reverse such a finding if it can demonstrate that power plants no longer pose an unacceptable risk to human health or the environment.

Massachusetts Attorney General Healey, on the same day as the testimony, led a coalition of 17 states in requesting that EPA hold two additional public hearings on the revised “appropriate and necessary” finding. The letter from the attorneys general urged that EPA hold the additional hearings so that parts of the country most vulnerable to hazardous air pollutants from power plants could provide public input on the proposal.

A coalition of 21 state attorneys general, led by Massachusetts Attorney General Healey filed extensive comments objecting to the proposed rule and urging the agency to withdraw the proposal in April 2019. The comments noted that it remains “appropriate and necessary” to control HAPs emissions from power plants as power plants are the largest source of HAPs, which pose severe risks to human health. The evidence on record establishes the 2012 MATS rule helped achieve an eighty-six percent reduction in mercury emissions and “massive” reductions in other HAPS from power plants. Reductions in HAPs have provided vast public health benefits and co-benefits at a bargain cost.

The attorneys general also commented that EPA’s attempt to revisit its prior “appropriate and necessary” finding is an unlawful attempt by the agency to evade the Clean Air Act’s clear limits on EPA’s authority to reverse such a finding in the absence of evidence that power plants no longer pose an unacceptable human health or environmental risk. Additionally, the comments also emphasized that ignoring the human health co-benefits of reducing particulate matter under the MATS rule is arbitrary and capricious as those co-benefits are unavoidable and substantial.

In April 2020, the EPA published its final rule rolling back the legal basis of the MATS rule. The rule reverses the Obama administration’s cost-benefit analysis and determines that the cost to industry to comply with the existing MATS rule outweighs the benefits. To reach that conclusion, the EPA disregarded the direct benefits to public health from reduced mercury emissions and the co-benefits from reductions in fine particulate pollution. California Attorney General Xavier Becerra issued a statement criticizing the final rule for ignoring the benefits of limiting harmful air pollution to public health and the environment.

In July 2020, Massachusetts Attorney General Healey led a coalition of 21 states in filing a petition for review challenging the final rule in the D.C. Circuit.