Agricultural pesticides are responsible for thousands of preventable illnesses each year, including acute reactions and chronic illnesses. Acute reactions can range from nausea to loss of consciousness, and chronic illnesses include asthma and Parkinson's disease. All pesticides are more damaging to children compared to adults as children are still developing and they drink more water, eat more food, and breathe more air by body weight compared to adults. The pesticide chlorpyrifos is particularly toxic to children - even low doses can increase risks of lower IQ, attention disorders, and reduced motor skills. Reducing all pesticide exposures can save millions of dollars a year in healthcare costs, reduce time off from work and school, and improve quality of life.

Yet, in 2017, EPA reversed course on three rules designed to protect people - especially children - from harmful exposure to these chemicals.

In December 2017, EPA Administrator Scott Pruitt announced that EPA was going to reconsider the Agriculture Worker Protection Standard (WPS) and the Certification of Pesticide Applicators Rule (CPA). The WPS was finalized in 2015, and the final CPA followed in 2017. Both rules aimed to reduce harmful pesticide exposure to farm workers and their families.

These final rules were justified and necessary. For workers alone, there are up to 2,950 pesticide incidents each year on agricultural establishments that could be prevented by the WPS revisions. Avoided exposures not only improve - and sometimes save - lives, they save money in avoided lost school and work days as well as health costs. For example, by finalizing the 2015 WPS rule, avoided exposures were expected to avoid healthcare costs exceeding $64 million annually.

A farmer washes his sprayer after application of herbicide. Photo: USDA NRCS 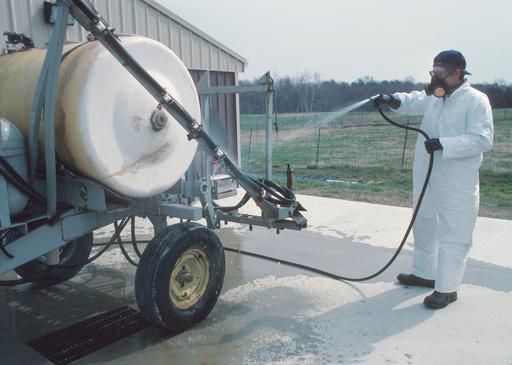 Changes to the WPS requirements specifically improved training on reducing pesticide exposure to children by addressing residues brought home on workers' clothing and establishing a minimum handling age for adolescent workers. The CPA also addressed children's vulnerabilities to pesticides by setting a minimum age of 18 for pesticide applicators, with the exception of immediate family members working on a family member's farm.

EPA's announcement in December 2017 - that it was reconsidering various aspects of the 2015 WPS's worker safety provisions - was used as an argument to delay releasing employers' safety training obligations under the WPS, even though full compliance with the WPS was scheduled for January 1, 2018.

In the face of the lawsuit, EPA backed down just two weeks later- on June 14 - announcing the availability of expanded pesticide safety training materials, in accordance with the 2015 rule.

This isn't the end of the story, unfortunately. On June 16, EPA sent proposed revisions on both the 2015 WPS and the 2017 CPA to the White House for review.

The revisions to the WPS are expected to include changes to the requirements for minimum pesticide handling ages, designated representatives (who obtain information on recent pesticide applications of behalf of workers), and application exclusion zones (requiring applicators to avoid spraying on or near workers) - which may necessitate an update to the training materials finally released in June, 2018.

EPA is also "reconsidering" the minimum age requirements under the CPA. The CPA rule sets training, certification, and age requirements for Restricted Use Pesticides (RUPs) - the most toxic pesticides available in the US. Over half-a-million child farm workers in the United States are protected from being required to spray dangerous chemicals by this rule.

The WPS isn't the only time Attorneys General have had to press EPA to protect the public -  including children - from pesticides.

In 2015, in response to a petition and the initiation of litigation by public health groups, EPA agreed that the pesticide chlorpyrifos should be disallowed from use on crops because of concern about human health impacts. The pesticide is used on more than 80 food crops, including apples and strawberries. 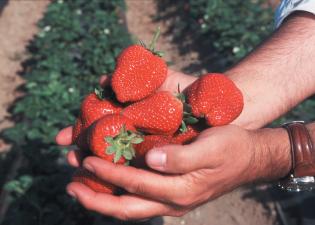 The pesticide inhibits an enzyme that is key to the proper development and functioning of the central nervous system and brain. Several studies have shown that children born to women exposed to chlorpyrifos during pregnancy were significantly more likely to have cognitive and motor development delays, attention disorders, and lower IQ scores. EPA initiated a rulemaking process to ban the pesticide based on this scientific evidence.

In March 2017, however, EPA Administrator Pruitt reversed course and allowed the pesticide chlorpyrifos to continue being applied on crops. The Administrator offered no compelling justification for the continued use of the pesticide in the face of the scientific evidence that it poses significant human health risks, particularly to children.

In response, eight state AGs from California, Hawaii, Maryland, Massachusetts, New York, Vermont, Washington, and Washington, D.C. are taking action in the courts, forcing EPA to face the science and ban this dangerous chemical. Specifically, these AGs have intervened in a suit asking the court to find that EPA cannot continue to allow chlorpyrifos on food crops unless and until it makes an affirmative human safety determination.

Pesticides are an integral part of the U.S. agriculture system, providing consumers with access to affordable and nutritious food by protecting crops from insects, weeds, and disease before they reach the dinner table. But science-based policies and oversight of these potentially dangerous chemicals is necessary to reduce the risk of poisoning workers, their families, and consumers.

Brittany Whited is the Program Assistant at the State Energy & Environmental Impact Center. She has a MPH in Environmental Health.