Center for Law and Philosophy

Candice Delmas is an Assistant Professor of Philosophy and Political Science at Northeastern University, and the Associate Director of the Politics, Philosophy, and Economics Program. Before joining Northeastern, she was Assistant Professor of Philosophy at Clemson University. Candice completed her PhD in philosophy at Boston University in 2012. Her work on political legitimacy, resistance, civil and uncivil disobedience, conscientious objection, and government whistleblowing has appeared in in Ethics, Law and Philosophy, Analysis, Social Theory and Practice, Criminal Law and Philosophy, The Oxford Journal of Legal Studies, and Res Publica, among other journals. Candice has also recently researched the neuroethics of sexual re-orientation.

As a Dworkin-Balzan Fellow, Candice focussed on completing a book entitled Duty to Resist, Duty Disobey: Revisiting Political Obligation. In it she defends the existence of moral duties to resist injustice, including through principled – civil and uncivil – disobedience.

As a Dworkin-Balzan Fellow, Katharina has focussed on the role of authority in legal reasoning. She has used insights into arguments by authority and argumentative burden of proof in order to clarify the reasoning processes that stand behind judicial decision making.

Hadassa works in the area of philosophy of law and, primarily, philosophy of criminal law and of the laws of war. She has published in international refereed journals (including Criminal Law and Philosophy) and spoken at a number of conferences and workshops (including meetings of the American Philosophical Association, Robina Institute of Criminal Law and Criminal Justice, and the Stockholm Centre for the Ethics of War and Peace). You can access her articles on SSRN and Academia.

As a Dworkin-Balzan Fellow, Hadassa  focussed on non-state actors, including non-state armies and terrorist networks. The objective of her research was to contribute to developing criteria for assessing the conduct of states towards such non-state actors. 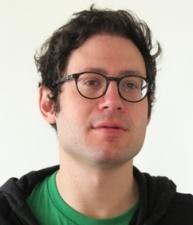 Jed Lewinsohn received his JD from Yale Law School in 2012, and expects to receive his PhD in philosophy from NYU in 2014. Jed works primarily in the areas of moral and political philosophy, and maintains an interest in Jewish philosophy.

As a Dworkin-Balzan Fellow, Jed continued to work on the “conventional” or “artificial” nature of property, promising, and political authority. In particular, Jed has considered practices that facilitate commercial life – practices that are given legal expression in doctrines that allow for the assignment of rights, the delegation of duties, and the delegation of powers to agents. Jed has also considered the role of the state in standard conventionalist accounts, as well as the prospect that other associations or institutions, either comparatively local or global, may fill this role. 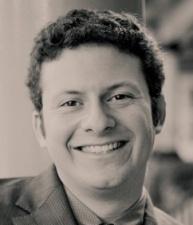 Jacob Weinrib completed a JD/PhD in the Combined Program in Law and Philosophy at the University of Toronto in 2013. In 2013-2014, Weinrib held a Global Research Fellowship at the Center for Constitutional Transitions at NYU Law. His articles have appeared in the Canadian Journal of Law and Jurisprudence, Kantian Review, Australian Journal of Legal Philosophy, Law and Philosophy, and the University of Toronto Law Journal. They can be accessed here.

Weinrib works primarily at the intersection of legal philosophy and comparative constitutional law. The overarching purpose of his research is to formulate an original theory of the normative, institutional, and doctrinal dimensions of public law. Uniting each of these dimensions is the idea that public authority must be justified in terms of the right of each person bound by it to equal freedom. This approach culminates in an innovative justification of the institutional arrangements and fundamental doctrines of rights-based constitutional democracies in the postwar world, including judicial review and proportionality. The inspiration for Weinrib’s approach lies in a re-interpretation and extension of Kant’s theory of the state.

As a Dworkin-Balzan Fellow, Weinrib has focussed on completing a book entitled, Dimensions of Dignity: The Theory and Practice of Modern Constitutional Law. The book will be published by the Cambridge University Press in the Studies in Constitutional Law series. An outline of the book can be found here.