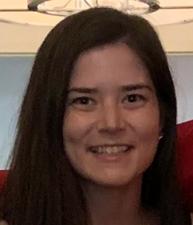 Katrina Southerland is the Program Manager of the Engelberg Center on Innovation Law and Policy at the NYU School of Law. Katrina received her B.S. in Media, Culture, and Communications from NYU Steinhardt School of Culture, Education, and Human Development. Her two areas of study were Global Communication and Images and Screens Studies. During her time as an undergraduate, Katrina worked in the Steinhardt Office of the Dean as a Student Worker.

Before joining the Engelberg Center, Katrina worked in supply chain and events. Most recently, she served as Operations Manager at Dylan's Candy Bar, where she oversaw daily operations, including warehouse maintenance, vendor contract negotiations, and both international and domestic shipments.

Alongside her work in operations, Katrina is an active member of the Korean American community. In her free time, she works as a Production Assistant on a hybrid documentary, The Keurida (그리다) Project. This documentary serves to answer the question "What does it mean to be Korean?" by following a South Korean adoptee on her first visit back to South Korea since her adoption. In addition to her work on the documentary, Katrina is an Events Volunteer with Korean American Story, a non-profit whose mission is to preserve and archive stories of the Korean American experience. Katrina also works as a Volunteer Education Assistant at the Korean Cultural Center of New York (KCCNY), where she assists with semester registration and events. Most recently, she was co-host of a virtual event with KCCNY, which featured a Q&A with New York City Council Members. The event served to tackle and address the issues of the AAPI community in light of the #StopAsianHate Movement.