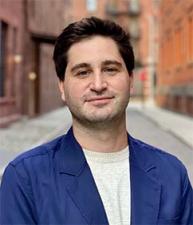 Jake is the Teaching Fellow and a Supervising Attorney in NYU’s Technology Law & Policy Clinic. His clinical work focuses generally on free expression, surveillance, and transparency, and his research interests include the privacy and speech implications of digital technologies. Previously, Jake was the Stanton Fellow in the First Amendment Clinic at ASU's Sandra Day O'Connor College of Law. Earlier in his career, he served as a legal fellow at the Knight First Amendment Institute at Columbia University and as an associate at a litigation boutique in New York City. He also clerked for the Honorable Allyne R. Ross of the U.S. District Court for the Eastern District of New York. Jake is a graduate of NYU Law and Brown University.