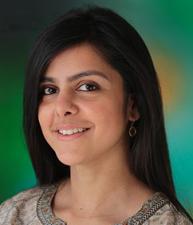 Amba is a fellow at the Engelberg Center and the Director of Global Policy & Programs at NYU's AI Now Institute. In this role, Amba develops and leads AI Now’s global policy engagement, programs, and partnerships. She is also on the Strategy Advisory Committee of the Mozilla Foundation.

As policy counsel, researcher, and lawyer, Amba has worked on a variety of technology-related issues. She joined AI Now from her role as Policy Advisor at Mozilla, where she led the organization's work in India and contributed to global policy fora on issues such as data protection, online content regulation, and network neutrality. She was also part of Mozilla's inaugural cohort of Technology Policy Fellows.

Amba’s interdisciplinary research includes a project on network neutrality and zero-rating at the Oxford Internet Institute in 2014, as well as work on copyright licensing practices in the digital age as Google Policy Fellow in 2012. Previously, Amba has worked at the National Institute of Public Finance & Policy, New Delhi where she provided advisory to government regulators on telecom policy. She has also been the Secretariat Coordinator for the National Campaign for People's Right to Information, an advocacy network focused on transparency and accountability laws.

Trained as a lawyer, Amba received her BA LLB (Hons) from the National University of Juridical Sciences in India. As a Rhodes Scholar at the University of Oxford, she has received a Masters in Law (BCL) and an MSc in Social Science of the Internet.