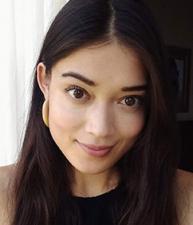 Kat Geddes is a JSD candidate at NYU Law, focusing on developing a theory of ethical use of predictive algorithms. She is particularly interested in securing individual justice in the context of automated decision-making. Her academic scholarship is anchored in intellectual property law, specifically democratic theories of fair use, and patent law barriers to access to medicines. Prior to joining NYU, Kat was a Fellow at the Berkman Center for Internet and Society, and a Research Fellow at Harvard Law School, where she worked on patent law reform in sub-Saharan Africa. She has previously worked at the UN, Doctors Without Borders, and King & Wood Mallesons. She holds an L.L.M. in intellectual property law from Cambridge University, a Master's in Public Policy from Harvard University, and a Bachelor of Laws / Bachelor of Commerce from the University of New South Wales, Sydney.