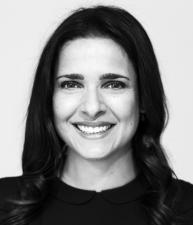 Born an artist, Sarah Feingold decided the best way to protect creative folk like herself was to attend law school. She then cannonballed into Etsy as the 17th employee and first lawyer. For nearly a decade, she played an integral role in scaling Etsy from an inconspicuous startup to a publicly traded company. After Etsy, Sarah joined Vroom as its General Counsel and first attorney. In 2018, The New York Law Journal awarded Sarah with the General Counsel Impact Award for her accomplishments. Sarah is an international speaker, co-founded The Fourth Floor, and consults for various startups. You can also find her making things, writing, eating candy, hammering silver, and chasing her child.