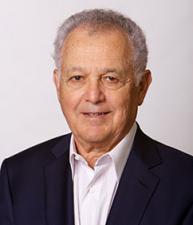 The Engelberg Center is named for Alfred B. Engelberg, a 1965 cum laude graduate of NYU School of Law, who has enjoyed an unusually varied career in the field of intellectual property law. Al received a B.S. in Chemical Engineering from Drexel University in 1961 and worked in every aspect of patent law over a career spanning more than forty years. He was a patent examiner (1961), a patent agent at Esso Research and Engineering (1962-1965), a patent trial attorney in the Justice Department (1965-1968) and a member of the firm of Amster, Rothstein & Engelberg of New York City (1969-1985). As counsel to the Generic Pharmaceutical Association, Engelberg played a key role in the negotiations that led to the Patent Term Restoration Act of 1984 (the “Hatch-Waxman Act”). and was the originator of the controversial Bolar exemption and the patent challenge and generic exclusivity provisions of the Act. In 1985, Engelberg created a venture with Schein Pharmaceutical, a privately owned generic drug manufacturer, that focused on asserting pharmaceutical patent challenges under the Hatch-Waxman Act. He was a pioneer in establishing Hatch-Waxman patent challenge litigation as an important area of intellectual property law. Engelberg’s varied career experiences led him to conclude that there was a need for leading law schools to become more seriously engaged in scholarly research and critical thinking with respect to innovation law and policy. In 1994, he made the commitment to create and support the Center on Innovation Law and Policy at NYU School of Law.