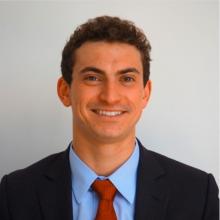 Alec Abitbol is a J.D. candidate, Class of 2022. He spent his 1L summer conducting research for Professor Kevin Davis, including on anti-corruption law, and 2L summer at David Polk & Wardwell LLP. During his 2L year, Alec was a TA for Contracts, an extern for the Criminal Division of the U.S. Attorney's Office for the Southern District of New York, and staff editor for the Journal of International Law & Politics. Prior to law school, Alec tutored philosophy and worked as a legal analyst at the World Bank Group's Integrity Vice Presidency. He earned undergraduate degrees from Carnegie Mellon University in Business Administration and Philosophy and an M.A. at the University of Chicago, focusing on Ethics and Philosophy of Law. 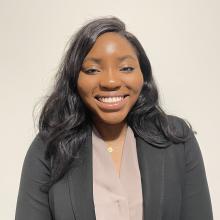 Paula Ajumobi is a J.D. candidate, Class of 2022. Paula attended Duke University, where she completed her B.A. in International Comparative Studies and Spanish. At NYU, she was the former Private Professional Development Co-Chair for the Black Allied Law Students Association, and co-chair of the First-Generation Professionals Organization. During her 1L summer, she interned at Hunton Andrews Kurth and, during her 2L summer, she interned at Kasowitz Benson and Torres. Outside of school, she loves reading fiction and watching action movies. 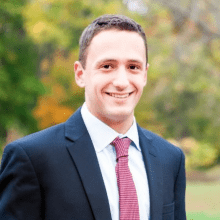 Logan Cotton is a J.D. candidate, Class of 2022. Prior to attending NYU, Logan worked in Deloitte Consulting's Government and Public Sector practice in Washington, DC, and taught 6th-grade English in Houston, Texas, through Teach for America. At NYU, Logan is the Treasurer of the Black Allied Law Students Association; a fellow in the Jacobson, Nordlicht, and Moelis program; and a member of the Social Enterprise and Start-Up Law Group. During his 1L summer, Logan interned in the Metropolitan Transportation Authority's Office of General Counsel. He graduated in 2013 from Tufts University with a degree in international relations. Outside of school, Logan enjoys cooking, plays rugby, and is slowly building his small comic book collection. 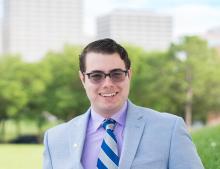 Gary Dreyer is a J.D. candidate, Class of 2022. Gary currently serves as Editor in Chief of the Journal of Law & Liberty and President of Law Students for Israel, and formerly served as Co-President of the Texas Law Society at NYU. Following graduation, Gary will serve as a clerk on the Supreme Court of Texas and the U.S. Court of Appeals for the Fifth Circuit. Gary completed his B.A. in History and Policy Studies, with a minor in Business, at Rice University and his MPhil in International Relations & Politics at the University of Cambridge, where his dissertation focused on how the EU's geopolitical conflict with Russia has impacted the Union's anti-money laundering regime. 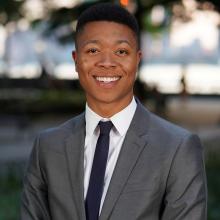 Jeremiah Evans is a J.D. candidate, Class of 2022. Prior to attending NYU, Jeremiah interned at Weil, Gotshal & Manges as an SEO Law Fellow. At NYU, Jeremiah is the Service Chair for the Black Allied Law Students Association and the inaugural Membership Inclusivity Editor for Moot Court Board. Following his 1L year, Jeremiah joined Cleary Gottlieb Steen and Hamilton as a 1L Summer Associate. During 2L, he externed with the Civil Division of the U.S. Attorney's Office for the Southern District of New York. Jeremiah is the first in his family to attend college and law school, and graduated cum laude from Davidson College with a B.A. in Political Science. 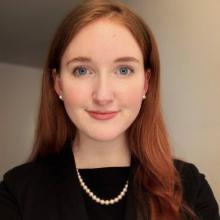 Caitlin McCarey is a J.D. candidate, Class of 2022. She spent her 1L summer in the Criminal Division of the U.S. Attorney's Office (SDNY) and her 2L summer at Debevoise & Plimpton in New York. During her 2L year, Caitlin was a judicial extern for the Hon. John G. Koeltl (SDNY), a staff editor for the Journal of Legislation & Public Policy, and a student member of the Board of the New York LGBT Bar Association. Prior to law school, Caitlin worked on corporate governance and reputational risk matters at Goldman Sachs. She graduated cum laude from Wellesley College in 2017 with a B.A. in Economics. After graduation, Caitlin will return to Debevoise & Plimpton as a Litigation Associate. 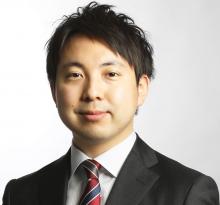 Nobuyuki Katsu is an L.LM candidate, Class of 2022. He is a Senior Associate Attorney at Nagashima Ohno & Tsunematsu - ranked as one of the leading Japanese firms for Corporate Compliance, advising both domestic and multinational companies' risk management and compliance programs, and conducting corporate internal investigations including those with multi-jurisdictional or parallel civil and criminal components. He earned his Juris Doctor degree, with honors, from the University of Tokyo. After graduating from NYU, Nobuyuki will be a visiting attorney at Kirkland & Ellis LLP, Chicago. 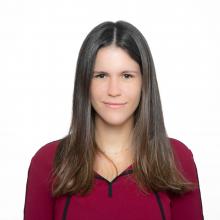 Julia Lavigne is an L.LM candidate at NYU School of Law. She earned her Bachelor of Laws from Pontifícia Universidade Católica of Rio de Janeiro and has a Master Degree in Regulatory Law from Getúlio Vargas Foundation, both in Brazil. Julia works as a lawyer at Paulo Freitas Ribeiro Advogados Associados in Brazil, focusing on white collar crime and corporate compliance. She is experienced in advising companies on compliance programmes, having worked closely with some of the biggest companies in Brazil in order to restructure their internal policies, in the wake of Operation Car Wash. In 2019, Julia conducted research on anti-bribery issues and settlement agreements at
Columbia Law School, as a Visiting Scholar. 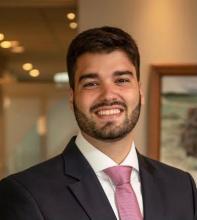 Eduardo Lemos is an L.LM candidate, Class of 2022. He is a partner at Rigueira, Amorim, Caribé, Caúla & Leitão Advocacia – ranked as one of Brazil’s leading firms for White-Collar Crime Litigation. Before attending NYU, Eduardo served as counselor to public and corporate clients involved in high-profile white-collar cases, including Operations “Car Wash,” “Zelotes,” and “Guinhol.” He also chairs the Corporate Defense department of the law firm, advising clients in compliance-related matters, and is a Compliance Professor in nationally recognized MBA programs. Eduardo earned his Master’s and Bachelor of Laws degrees from the Federal University of Pernambuco. He published the book Compliance and Corporate Crime, which debates whether Brazilian Law should use corporate compliance programs to revamp the national corporate criminal liability regime.

Maggie Shields is a J.D. Candidate, Class of 2022. Prior to law school, she worked at the U.S. Attorney's Office for the Southern District of New York. During her 1L summer, she interned at the U.S. Securities & Exchange Commission and she spent her 2L summer at Paul Hastings in Washington, D.C. At NYU, she is an Executive Editor for the Journal of Legislation & Public Policy and a Student Staff Editor at Just Security. She also worked at the Institute for Policy Integrity as a clinic student, advocating for improved cost-benefit analysis on several regulatory matters. She graduated cum laude from Dartmouth College with a degree in history. 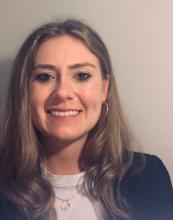 Sabrina Solow is a J.D. candidate, Class of 2022. She worked as a research assistant for Professor Arthur R. Miller during her 1L summer, and she spent her 2L summer at Sullivan & Cromwell in Manhattan. At NYU Law, she was a teaching assistant for Professor Miller's Civil Procedure course, and she serves as a Notes Editor for the NYU Law Review. Sabrina earned a B.A. in Mathematics from Amherst College and was a captain of the Women's Lacrosse Team.

Scott Turtur is a J.D./M.B.A candidate and Hyundai-Kia Motors Scholar in the class of 2023. Scott serves as the Black Allied Law Student Association's (BALSA) Private Professional Development Co-Chair, a teaching assistant in NYU's Lawyering Program, and has worked with under-resourced entrepreneurs as part of NYU's Social Enterprise & Startup Law Group's Rising Tide Capital project. After his 1L year, he worked as a summer associate in AIG's Global Legal, Compliance & Regulatory Department. Prior to law school, Scott worked in investment banking and, later, as a consultant at IBM. He received his Bachelor's degree in Economics from Columbia University. 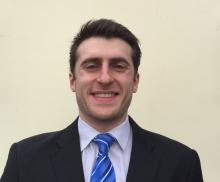 William Walant is a J.D. candidate, Class of 2022. Before his 1L year, Will worked as a paralegal at ExodusPoint, the largest hedge fund launch in history, and during his 1L summer, he worked in the U.S. Securities and Exchange Commission’s New York Regional Office as part of its Division of Enforcement (Trial Unit). Will is currently the Vice President and Executive Board Member of the Trial Advocacy Society, as well as a competitor. In addition to his PCCE fellowship, as a 2L, he will have an externship in the Criminal Division of the U.S. Attorney’s Office for the Southern District of New York. Will received his B.A., magna cum laude, from Brown University, where he studied political science (political theory track). 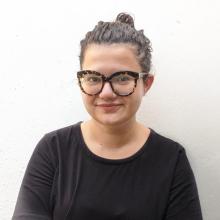